When American Airlines and JetBlue announced plans to form an alliance in July last year, it was huge news in the airline industry, with the two airlines shaking up the competition and fighting for dominance of the East Coast market. This week, nine months after the original announcement made the headlines, the alliance between the two airlines has continued to bear fruit, with 24 new routes announced. A move that represents major expansion at a time when many other airlines may be struggling, here’s everything you need to know about it.

American Airlines has announced both new international and domestic flights, set to start later on this year. Its international route will see flights to New Delhi (DEL), India, from New York’s JFK airport. Flights taking this will begin on October 31st and will operate three times a week. The route will be serviced by Boeing 777-200 airplanes, which consist of 212 coach seats, 24 premium economy seats and 37 business-class seats.

It isn’t the only international option from American Airlines set to start this year; the airline had previously announced that flights to Athens, Tel Aviv, Santiago and Rio de Janeiro will take place in the coming months. American has also announced 6 new domestic route options. From Boston, the airline will now have flights to Cincinnati (CVG), St. Louis (STL) and Toronto (YYZ), whilst from New York LaGuardia, flights will leave for Houston (IAH), Oklahoma City (OKC) and Omaha, Nebraska (OMA).

Each of these new routes are due to start on the same date, November 2nd. The expansion comes at the right time, as many Americans may consider domestic staycations following the State Department’s decision to give “Do Not Travel” advisories for some of the US’ most popular destinations, such as Mexico and the Dominican Republic.

JetBlue has been busy during the pandemic. Not only were they the first airline to introduce mandatory masks, but they have also been working extremely hard behind the scene, adding a slew of new routes for their customers. Their latest offerings see them add 17 new route options, spanning across two continents.

JetBlue’s recent route announcement features flights that will start this year, as well as some that are due to start throughout 2022 as well. New routes starting this year are:

Flights scheduled to start in the year 2022 are as follows:

With the sheer volume of Northeastern flights added by the two airline, the alliance between the two airlines looks to be going from strength to strength and will offer fierce competition to other airlines in the region, all whilst increasing connectivity and travel options for American travelers.

Some Canadian Travelers Are Ignoring The Hotel Quarantine 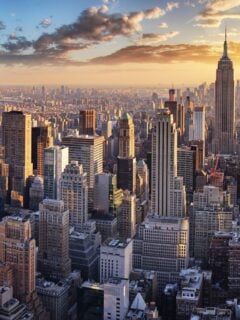 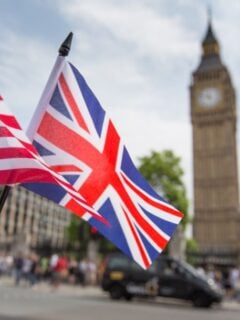