With all the changes to the flying experience that the pandemic has brought about, from removing middles seats to wearing masks on board, passengers can be forgiven for feeling anxious or a little out of sorts when they finally catch a flight once more. However, one thing that will never be tolerated is unruly behavior – and airlines have already taken steps to curb this.

American Airlines have joined Southwest in extending their ban on the sale of alcohol, with violent incidents one of the main motives behind the move. Here’s everything you need to know about this story.

Whether to settle the nerves or simply just for pleasure, many travelers are guilty of having a mid-flight tipple at 30,000 feet, whilst the much-maligned airline meal is also one of the staples of the travel experience. However, these are just two of countless simple pleasures that the pandemic is guilty of taking away from travelers.

Food and drink services on board were halted in the early months of the pandemic, as airlines tried to minimize the contact between passengers and airline crew. However, recent plans to reintroduce the sale of alcohol have been kicked to the curb following a sharp increase in the number of violent incidents onboard flights, which include the assault of airline crew.

In one particularly violent incident, a flight attendant on a Southwest flight was viciously assaulted, causing the loss of two teeth. Writing in the aftermath of the assault, trade union president Lyn Montgomery said this in a letter to Southwest’s CEO:

“This past weekend, one of our flight attendants was seriously assaulted, resulting in injuries to the face and a loss of two teeth. Unfortunately, this is just one of many occurrences. I write to you today because we cannot tolerate our beloved cohearts being abused in such a manner, and because I am asking for your help and leadership in ending these travesties.”

In the wake of the incident, Southwest listened to the plea and re-evaluated its plans to resume the sale of alcohol on board, announcing the ban on Friday. American Airlines have also moved to push back the date they had planned to sell alcohol from. Originally meant to sell alcohol from June 1st, on Saturday American announced they will now only do after September 13th.

In a memo to flight attendants, American wrote that they recognized “alcohol can contribute to atypical behavior from customers onboard and we owe it to our crew not to potentially exacerbate what can already be a new and stressful situation for our customers.”

Vice President of Flight Service Brady Byrnes also came to the support of the airline crews:

“Flight attendants are on the front lines every day not only ensuring our customers’ safety, but are also calming fears, answering questions, and enforcing policies like federally-required face masks. Over the past week we’ve seen some of these stressors create deeply disturbing situations on board aircraft. Let me be clear: American Airlines will not tolerate assault or mistreatment of our crews.”

Alcohol will still be offered in the premium cabin, but pre-departure services will remain suspended. Non-alcoholic beverages will continue to be served in the main cabin in the wake of the alcohol ban. Southwest have yet to announce a date from which the sale of alcohol will resume.

Countries that are open to everyone with no tests/quarantines

Spain to reopen for all tourists June 7 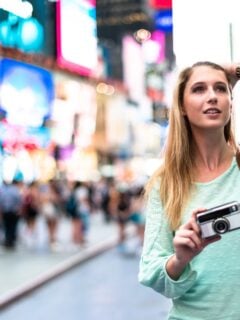 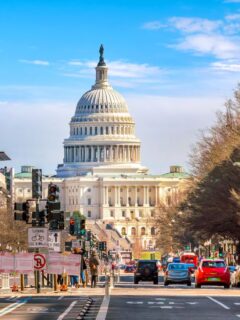 Next
Nine Free Things To Do In Washington D.C.
Click here to cancel reply.

I hope the entire American Airline industry collapses. After flying international for so long, I know what a joke anything this country does with aviation - except get hijacked four times in a row on a single day.

The Airlines and our government ate bound and determined to keep people from traveling, if you want to do away with mad passengers do away with the wear your mask crap. I'm fully vaccines and still have to wear a mask on board.