Southwest Airlines’ network is seeing rapid growth as the carrier just announced the launch of Myrtle Beach, expansion in Austin, and new, nonstop service to popular vacation destinations. The latest additions to the carrier’s trajectory total a whopping 36 new routes in time for summer. The move comes as air travel hits pandemic-era highs and U.S. carriers look to capitalize on the uptick in demand.

“We continue to tailor our schedule with added flights to address closer-in demand for leisure destinations while making foundational additions to our map that position our network for the future.”

The airline is demonstrating its confidence in South Carolina’s tourist hub by launching ten nonstop routes in a span of two weeks. Starting Sunday, May 23, MYR will see nonstop flights to Baltimore/Washington (BWI), Chicago (Midway), and Nashville.

Less than a week later, the carrier will begin the first nonstop service from Dallas/Love Field (DAL) and Pittsburgh (PIT) to operate on Saturdays.

Soon after, nonstop flights to Atlanta, Colombus, Indianapolis, Kansas City, and St Louis will begin on Sunday, June 6. Furthermore, Myrtle Beach will be accessible on Southwest Airlines from 50+ cities through same-plane and connecting itineraries this summer.

With these new routes to Myrtle Beach, the low-cost carrier is offering one-way fares from some of the new cities for as low as $69 one-way, in addition to other sales.

This summer, Southwest will extend frequencies in Austin with nonstop service to a record 37 cities. Latest additions as follows;

Notably, Southwest will offer nonstop service on weekends between Austin and one of the carrier’s newest destinations, Destin/Fort Walton Beach, starting June 6.

Southwest continues to increase connectivity in Austin as the city holds a predominant significance in the carrier’s network.

“During the last decade, Southwest has served the most nonstop destinations from Austin each year based on DOT published schedules. In March 2021, more than 70% of our Austin Customers got where they’re going with a nonstop journey on Southwest Airlines. With our new service scheduled to begin in June 2021, our number of destinations available nonstop from Austin is more than double the offering of any other carrier,” Watterson added.

Meanwhile, Southwest is not the only carrier paying attention to the Texan capital while expanding its network. Earlier this month, American Airlines announced 10 returning and seasonal routes to Austin-Bergstrom International (AUS) in response to pent-up demand for business and leisure travel.

Continuing the momentum, Southwest is adding new flights to several other cities in anticipation of leisure travel. Beginning May 9, nonstop routes for the summer include daily service between:

The up-and-coming vacation hotspot of Bozeman joins the Southwest network on May 27 with previously announced daily service. The Southern Montana city nestled in the Rockies has been titled one of the fastest-growing cities in the U.S. and offers easy access to tourist attractions like Yellowstone National Park.

Beginning June 6 and throughout the summer, Southwest will offer additional nonstop service on weekends between Bozeman and Dallas/Love Field (DAL), Chicago (MDW), and Phoenix (PHX).

The carrier has now issued daily nonstop service between Denver and both Steamboat Springs and Montrose (Telluride) starting June 6 and rolling into mid-August.

Summer travelers will have new access to nonstop service on Saturdays between: 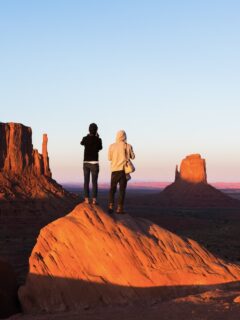 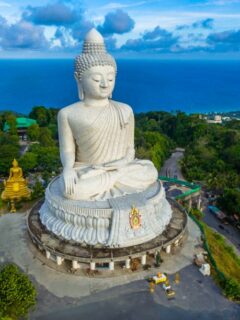 Next
Thailand Reopening Phuket For Vaccinated Travelers With No Quarantine
Click here to cancel reply.