American Airlines has just announced 8 new flight routes, with the operations set to start throughout the upcoming fall and winter seasons. The airline, which is the largest airline in North America, is set to begin flying to a diverse range of both domestic and international locations from November onwards, which include a top skiing destination in the US, several different airports in Cuba as well as a new flight to American travelers’ favorite destination, Mexico.

The latest airline in the US to reveal new flight routes, American’s announcements come during a time when airlines are desperately trimming their schedules in a bid to reduce the levels of chaos that have been reported at airlines all over the world, giving travelers even more options to explore over the coming few months. Here’s a closer look at everything you need to know about the new routes that American is set to fly.

A quarter of American Airlines’ latest additions to their route map are domestic flights – and they’re bound to be welcomed by travelers who love winter sports. American Airlines revealed they would be adding two new flights to top domestic winter sports destinations in the US – Vail in Colorado and Jackson Hole in Wyoming – that will provide travelers in sunny states with even more ways to get on the slopes and enjoy the snow over the winter period.

American will be offering a daily direct flight from Austin-Bergstrom International Airport in Texas to Vail from December 15th. The daily service will change into a weekly flight from January 9th to February 15th, before going back to a daily frequency once more from February 16th to April 3th. Similarly, flights from Miami to Jackson Hole will be daily from December 15th to January 9th, weekly from January 10th to February 15th and daily once more between February 16th and April 3rd.

New Route To Mexico – What Travelers Should Know

Mexico has long since been a travel favorite amongst American travelers, and American Airlines looks set to capitalize on its popularity by adding another route to the country. Starting from November 4th, American will launch daily flights to Mexico’s capital Mexico City from New York JFK Airport. The route will be served by the 172-passenger capacity Boeing 737 aircraft, which will leave New York at 8:30pm and arrive in Mexico at 12:10am.

Speaking about the new route, José María Giraldo – managing director of American for Mexico, Central America and the Caribbean – said:

“There is no better way to celebrate 80 years of service to Mexico City than with a new route to New York City, one of the most popular destinations in the United States and a major hub for American. Our commitment to Mexico is firm and we are proud to see that our operations continue to grow, offering more connectivity and travel options for customers.”

Later this year, American will finally be resuming its flights to several different airports in Cub.. Whilst the Trump administration had previously banned passenger flights from the US from visiting any airports in the country other than Havana, American Airlines sought approval to resume its flights to other airports in the country earlier this year. On Wednesday, the Department of Transportation (DOT) granted the airline approval, allowing them to fly to five different airports along the island once more.

In addition to American’s existing six daily flights to Havana, the airline will launch flights from Miami to Camagüey (CMW), Holguín (HOG), Santa Clara (SNU), Santiago de Cuba (SCU), and Varadero (VRA) airports later this year in November. Flights to Santa Clara will be twice daily, whilst flights to the rest will have a daily frequency.

Top 6 Helpful Travel Tips for Your First Visit To Cuba 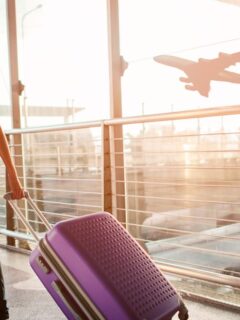 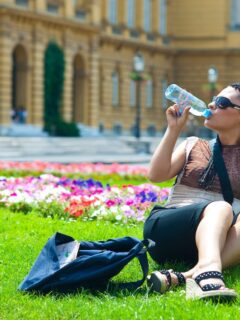 Next
As Heatwaves Continue Here Are 10 Ways To Beat The Heat While Traveling
Click here to cancel reply.