Ramping up its Caribbean service, American Airlines has just unveiled a new direct flight from Miami, Florida to the up and coming tourist destination of Samaná, in the Dominican Republic. The seasonal route was originally offered from the airline’s Charlotte base, though it will now benefit Floridians dreaming of an island escape instead.

Largely overlooked by tourists, who normally flock into the likes of Punta Cana or Puerto Plata for beach breaks, Samaná – short for Santa Bárbara de Samaná – sits on the Samaná Peninsula, a popular area for whale sighting and other water activities.

Over the weekend, American Airlines surprised customers by announcing new direct flights from Miami (MIA) to Samaná (AZS). Albeit seasonal, the route will further strengthen connectivity between one of the airline’s southernmost hubs and the Dominican Republic, a country heavily reliant on American tourism.

According to Juan Carlos Liscano, Vice President of MIA Hub Operations, demand for Caribbean travel has remained strong despite the two-year long pandemic. In his own words, they are “thrilled to continue growing Miami’s connectivity to the Caribbean“. In 2021 alone, when Omicron was still rife, 37,302,456 passengers transited MIA.

The figures are far superior than those observed in 2020, which saw a much more modest 18,663,858 travelers flying from, or arriving in Miami. As for pre-pandemic levels, Miami International registered 45,924,466 passengers in 2019, meaning it has already reached roughly 81.2% of its 2019 figures, pointing towards an accentuated recovery.

Citing Miami’s rebounce, Liscano spoke of “additional growth”, especially following the launch of new unique links to lesser-known Caribbean hotspots like Anguilla and Dominica, “and now Samaná”, which he called a “hidden gem” in the region. Samaná will be, in fact, Miami’s fifth destination in the Dominican Republic.

In total, there are 76 daily flights leaving from Miami to 35 destinations in the Caribbean. American Airlines itself launched 11 more domestic, and six brand new international routes in 2021, including Chetumal in Mexico. Other Caribbean hubs include Anguilla (AXA), Dominica (DOM), and San Andrés (ADZ).

Is The Dominican Republic Worth Visiting Right Now?

The Dominican Republic is an ideal sunny break for Americans currently, as the country has removed all Covid entry restrictions and seems to have shifted towards treating the disease as endemic.

No vaccination certificate, or even Covid testing is required for passengers landing in the DR. Despite relaxed border measures, travelers are still required to complete this online form before flying.

The country is also investing heavily on its tourism sector, with a new tourist route combining itineraries across the DR, Costa Rica, and Panama being in the works. Within the country itself, authorities are planning on launching at least four new destinations, particularly along the so-called Amber Coast where tourism is not as developed.

Of the four destinations considered, Sosúa could see one of the largest influxes of tourists, due to its proximity to the increasingly popular Puerto Plata. It is also only 4 miles away from the Gregorio Luperón International Airport, which American Airlines already serves all-year round from Miami.

Although it has already been launched as a destination, Samaná is not as popular as leading DR destinations like Punta Cana or Santo Domingo being served by a much smaller airport.

With the new direct flights from Miami, this could change very quickly, as more Americans become aware of its wildlife, white sand beaches, and incredibly clear shoreline.

On the other hand, the United States has recently slapped a Level 4 status on the Dominican Republic as a whole, advising all U.S. citizens not to travel to the Hispaniola nation.

As per the advisory, both Covid and crime levels are high, with Americans being discouraged from visiting when the purpose is tourism. Regardless of the advisory, Americans can still enter the country at their own risk. 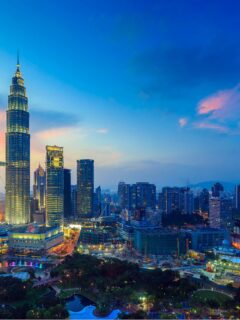 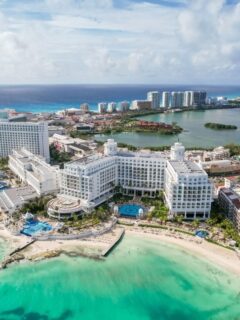