Americans Will Have To Provide Biometrics And Pay Fee Traveling To The U.K. From 2023

Similarly to the European Union’s ETIAS, set to come into effect next year, the United Kingdom will require American citizens to provide biometrics and pay a fee when traveling to the country. These changes will begin implementation as early as January 2023, yet should be fully operational by the end of 2024 only.

Since Brexit, the term referring to the U.K.’s withdrawal from the European Union (EU) and the Single Market, the country has implemented a series of measures to increase surveillance at its entry points, such as clamping down on illegal crossings via sea and training new immigration staff to better manage the rising influx of passengers.

Naturally, the next step would be reforming its border regulations to adjust to an ever-evolving travel landscape:

Electronic Travel Authorization schemes are becoming increasingly popular among developed nations looking to improve security and keep tabs on all who cross into their national territories. To the best of our knowledge, Australia was the first country in the world to issue electronic travel permits, as far back as 1996.

Since then, numerous other destinations followed suit, including New Zealand, where Americans must request a NZeTA preceding travel, and Canada and the U.S., which have facilitated visa-free travel agreements, but expect all non-Canadian and non-U.S. travelers to apply for electronic authorization, or a visa, ahead of flying.

Now, it’s Britain’s turn to reciprocate. From next year, the insular nation will introduce a new border security package involving the fingerprinting of passengers, as well as rolling out a new ETA – Electronic Travel Authorization. Flying to the U.K. today, Americans are only expected to hold a valid passport and not exceed their tourist visa.

In the future, they will have to provide facial biometrics and fingerprints, though the latter has been delayed indefinitely until U.K. authorities find a ‘technological solution’ that allows Americans to ‘self-upload fingerprints of the required quality’. On top of that, boarding will only be permitted so long as a traveler holds an ETA.

Seeing that U.S., Canadian, and EU citizens can currently scan their way into Britain by means of using e-Gates, this will mark a new era in U.K. travel. Americans, Canadians, and Europeans may continue enjoying the privilege of friction-less passport control, but the new pre-flight steps, and ETA requirement, will pose a hurdle to bureaucracy-wary tourists.

Only The Irish Are Exempt

The ETA applies only to those who can travel visa-free to the U.K. at present – nationalities facing visa restrictions will still be subject to the standard visa application process. While the British Government seems adamant about enacting these changes, opposing parties in Parliament, and even the neighboring country of Ireland, have decried the move.

The U.K. and Ireland form together a Common Travel Area, with their respective citizens being allowed to transit freely between the two countries, irrespective of Britain’s new status as a non-EU member. As such, Irish citizens will be exempt from biometric checks or even requesting an ETA entering the U.K, though the non-Irish are not as lucky.

Sharing a borderless zone with the U.K. via Northern Ireland (NI), the Republic of Ireland (ROI) will be particularly affected. Once implementation is completed, visits to NI from ROI will only be considered legal if a foreign national is in possession of an ETA, although there is effectively no border going from ROI to the U.K. region.

Politicians in the Republic of Ireland have expressed concerns the new ‘digital’ border will be detrimental to tourism and strongly oppose the ETA scheme: as stated by Neale Richmond, a TD (Teachta Dála) for the Dublin Rathdown constituency, ‘this will be extremely troublesome, particularly in the border region, for so many areas of everyday life and commerce‘.

According to Katy Hayward, Professor of Political Sociology at Queen’s University Belfast, international citizens who cross the non-existing ROI-U.K. border without having submitted an ETA and their biometric data will be breaking the law and could see them face a ‘four-year prison sentence if caught and convicted‘.

An ETA will cost GBP £18.00 or close to USD $21.00, and they should last for up to 3 years, though this information is yet to be confirmed. By presenting its own ETA, the U.K. hopes to be on a par with the European Union and other partners in harmonizing border controls between them, even though experts like Mrs. Hayward deem the plans ‘unworkable’. 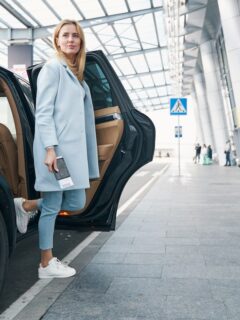 Previous
New 'Uber Travel' Expands To Over 10,000 Cities, Here's How It Works 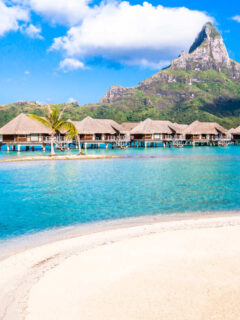 Next
This Popular Beach Destination Is Limiting The Number Of Tourists Allowed To Visit
Click here to cancel reply.

Who would to visit England it's stinks.