A popular beach hotspot has decided to cap the number of tourists allowed to visit, becoming the latest destination to announce tougher measures to combat overtourism. The phenomenon, known to severely disrupt day-to-day life in numerous locations, is one of the major global concerns now that border restrictions have been dropped.

In Europe, 23 cities have urged the European Commission to limit short-term rentals. They fear platforms like AirBnB are leading to the de-characterization of their historic centers and pushing locals into the suburbs. More shockingly, a landmark beach in Asia was sealed off in response to the overwhelming number of visitors amid the post-Covid travel frenzy.

Now, yet another tropical beach paradise has decided to take action before it meets the same fate:

Traveling To The South Pacific Will Become More Challenging From 2023

Proving not even the most remote place or beach is immune to the harrowing effects of mass tourism, French Polynesia (FP) authorities have confirmed they will be reducing the number of tourists allowed to fly to the archipelago in accordance with a new travel sustainability package, set to be introduced gradually over the next five years.

As part of the Government’s plan to promote ‘high value, small scale tourism‘, they will be enforcing an annual cap of 280,000 tourists. Comprising a total of 121 islands, out of which 75 are inhabited according to the latest census, the FP grouping is home to some of the world’s most recluse and beautiful white-sand, untarnished beaches.

On top of that, the insular region enjoys year-round warm weather, particularly in the famous islands of Tahiti and Bora Bora, where turquoise-colored lagoons and crystalline seas can be found. Naturally, the French Polynesian peoples want to keep it that way, and they are worried a sudden, big jump in tourists will ruin their oasis.

The Fāri’ira’a Manihini 2027 plan will see the archipelago focusing exclusively on ’boutique tourism’ and ‘slow travel’, as opposed to encouraging budget country-hoppers. Through their extensive list of anti-overtourism measures, they will impose curbs on air travel and cruising while placing ecotourism at the forefront of the campaign.

In that respect, the so-called ‘off-grid travel’ is predicted to be a major travel trend in 2023. More than half of all vacationers surveyed by Booking.com have expressed a desire to ‘escape reality’ and ‘totally unplug’. Situated at the heart of the South Pacific Ocean, 718.2 miles away from the Cook Islands, the closest territory, the FP is surely an ideal pick for them.

Be that as it may, FP-bound sun-seekers should be financially prepared: much like Thailand and New Zealand, it is now catering exclusively to big spenders who wouldn’t mind lingering a while longer. As stated by Tahiti Tourisme‘s CEO Jean-Marc Mocellin, ‘the cost of getting to the Islands of Tahiti makes it an ideal ‘slow tourism’ destination‘.

Tourism Recovery Is Still A Long Way Off

Mocellin re-asserted that the visitor cap ‘should not exceed 300,000 visitors a year’, or roughly one tourist per inhabitant. Additionally, Tahiti Tourisme confirmed Tahiti’s intention to restrict the cruise ships with more than 700 passengers, with a spokesperson affirming the Government has ‘opted to attract cruise ships of small or medium capacity’.

Tourism recovery in French Polynesia is still a long way off, after a mere 90,000 people visited in 2021, compared to the pre-pandemic year of 2019, when 299,518 guests were recorded. However, now that a majority of pandemic regulations have been lifted, they expect figures to increase steadily in the months to come.

An autonomous country within France, the FP has its own entry requirements in place, which may vary depending on a passenger’s point of departure. They are usually exempt from any health checks departing from Metropolitan France (MF), or European France, but the state of normality within MF does not necessarily apply to its overseas territories. 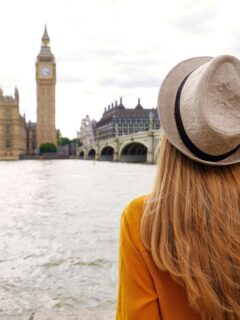 Previous
Americans Will Have To Provide Biometrics And Pay Fee Traveling To The U.K. From 2023 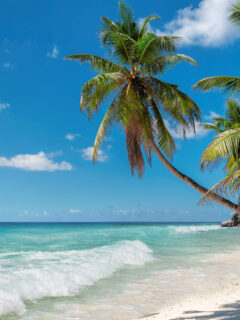 Next
These Caribbean Islands Are Offering Free Hotel Nights This Winter
Click here to cancel reply.