Europe is open again, and now that visitors can travel freely, without being subject to Covid rules, tourism figures are soaring to record-highs. This might sound like it’s good news for business, especially after two years of stagnation, but some 23 European cities are in fact pushing for a clamp down on short-term rentals.

For years, destinations like France, Italy and Spain, just to name a few, have been struggling to contain the overwhelming tourism influx, mostly to no avail. Regardless of accommodation taxes, controversial alternate plate measures, and the trialing of a new ticketing system in places like Venice, visitors have kept coming in their droves.

As a result, some of Europe’s top cities may be preparing to take more drastic action to combat this so-called ‘touristication’ of Europe:

Tourism In Europe Is Reaching A Tipping Point

Earlier this week, the European Cities Alliance (ECA), a collective of 23 cities, published an open letter to the European Commission, urging them to take ‘legislative action’ and effectively limit short-term rentals across the region. More specifically, they seem to have an issue with the rising cost of living, long associated with overtourism.

*Besides the 23 key destinations, the Alliance also acts on behalf of Eurocities, comprising more than 200 cities in 38 countries.

In their letter, the Alliance names short-term rentals as the main issue behind this phenomenon, and are urging the EU’s leading governing body to introduce ‘stricter’ regulations. According to them, these accommodations ‘deprive’ cities of their essence by driving locals away from downtown areas.

The text lists Amsterdam as one of the hubs most heavily impacted by the commercial gentrification, which sees most centrally-located properties converted into tourist rental sites. In the Dutch capital, these listings have increased by 20.4% between 2013 and 2017, pushing natives to the suburbs and dramatically changing the cityscape.

Other destinations were mentioned in the report, such as Florence, in Italy, and Krakow, in Poland. Both of these cities, ranking among the most visited in their respective countries, have experienced a massive rise in tourist rentals. Florence’s listing are now up by 60 per cent compared to 2015, while Krakow’s rose by a shocking 100 per cent between 2014 and 2017.

Chronic Shortages And Rising Prices Add Fuel To The Fire

The sudden lifting of Covid measures, coupled with shortages across the tourism industry and the economic crisis, have done locals no favor either. In recent months, Europe has fiercely battled to contain the travel floodgates, with airports like London Heathrow going as far as forcing airlines to reduce flight frequency on a number of routes.

Even then, there has been little to no relief, and air traffic continues congested. For all of the reasons listed, Europe’s love and hate relationship with tourists is about to get much more complex. In October 2021, the European Commission took a step further and considered, for the first time, introducing a package of ‘pan-European rules‘.

These would apply to the whole of the European Union, and concern short-term rentals. Although no formal action has been taken yet, at least on an European level, it won’t be long until the ECA’s complaints are addressed, particularly now that overtourism has already prompted popular vacation spots to take matters into their own hands.

What Exactly Does The ECA Want?

In sum, the Alliance is demanding that:

Following public consultation, which gathered more than 5200 valid responses from political entities across the member states, countries like France, Italy and Germany were identified as some of the most engaged in the cause, and supportive of it. Preceding any kind of EU-wide initiative, some of them have already enacted restrictive laws.

In 2021, the city of Barcelona, in Spain’s historical Catalonia region, enforced a ban on AirBnBs and other forms of short-term rental agreements for less than 31 days, in an attempt to disperse the crowds. This remarkable decision was overturned by the Spanish Supreme Court in January, but it’s a clear indication of where things stand.

In yet another example of the European anti-BnB movement, the French capital of Paris now mandates that, in order to list a secondary home as a tourist accommodation, hosts must buy a third property of ‘an equivalent or bigger size’ to be rented in the long-term. Others like Amsterdam, Rome and Lisbon have resorted to taxing tourists.

Backing these initiatives, the ECA believes that, unless the Commission puts these proposals to a vote in the immediate future, the ‘availability, affordability of housing, as well as livability’ of European cities will be ‘at stake’. So far, the European Commission has not established a specific deadline for these proposals to be formally assessed. 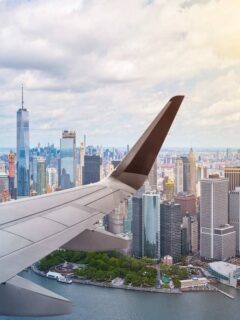 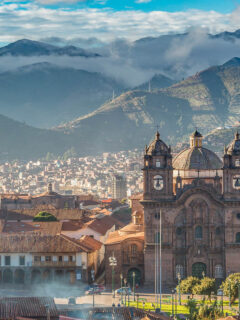 Next
The 8 Most Challenging Things About Traveling In South America
Click here to cancel reply.

Pricing has become outrageous. A lot of this is due to corporate real estate going wild. Prices in Istanbul hover over $1,000+ per month which is nowhere near what an actual month costs.