Air Travel Chaos Could Last At Least Another Year

With the pandemic somewhat controlled, the disruptions facing the travel industry have become the main concern for tourists flying abroad. Since summer started, a wave of delays and cancellations has wreaked havoc in airports, led by logistical issues and a lack of staff. Unfortunately, the chaos we’re seeing today could last at least another year.

As soon as Covid retreated and countries began lifting travel rules en masse, travel demand shot up dramatically. While this initially sounded like great news for an industry that effectively came to a standstill for the better part of two years, it turned out to be disastrous in the end. Neither airports, nor airlines, were prepared when the travel floodgates opened.

Now, a top airline official has quashed any hopes travelers might have had about better days to come:

Situation Is Improving, But Normalcy Won’t Be Achieved Until Next Summer

Although steps have been taken recently to reduce the flight turmoil, including the introduction of daily operation limits across a number of airports, it is unlikely air passengers will see significant improvements once the busy summer period is up. In fact, they should expect the current woes to be prolonged, according to United Airlines’ CEO.

In an interview with CNBC, United leader Scott Kirby conceded that the aviation sector will not be ‘back to normal’ until summer 2023, despite their best efforts to hire enough staff in time to fulfill 2022’s busy schedule. As we have reported previously, there simply isn’t enough trained pilots, flight attendants, and air traffic controllers to cope with the travel surge.

United Airlines had been one of the first to announce a series of new destinations for 2022, in anticipation of the first restriction-free summer, but it has since been forced to scale back, dropping smaller U.S. hubs from its flight map and cutting down frequency on other routes. Needless to say, United’s once-ambitious plans are not going as planned.

With these in mind, Kirby reveals that the biggest hurdle United has faced, and that will continue being an impediment for a full recovery, ‘probably’ for the next year, is the ‘infrastructure challenge around aviation’. Regardless of having managed to get ahead of the curve, after going on a hiring spree, the airline is bound to fail in hitting all of its targets.

Kirby mentions the ‘mess‘ that is Heathrow Airport right now, where flights can be cancelled up to the very last minute and huge wait lines await incoming passengers. No matter how well equipped United is, or how quickly it graduates new staff, there are things they simply cannot control, such as airports clamping down on ticket sales.

‘What we’ve done is just pull our capacity back’, Kirby said, expressing discontent that United’s growth is being curtailed by Heathrow’s and other airports’ latest moves, and the increasingly popular flight curbs: ‘We have the people to be a much bigger airline, but we’re going to be a smaller airline ’til the system can support it‘.

How Does This Affect Travelers Flying Between Now And Summer 2023?

In short, there will be fewer tickets available, and those planning a trip in the next few months are being urged to book their seats immediately. Not our words, but Kirby’s: ‘Unfortunately, there still are going to be fewer seats available around the whole system, because the infrastructure around aviation can’t support it‘.

With United and its counterparts planning on flying less to accommodate airport operators’ needs and ease their burden, the CEO is advising travelers to ‘book early’ for Christmas. Limited flights also come at a cost: now that airlines can’t resort to mass sales to balance their finances, airfares could see further increases.

They are already incredibly expensive – some low cost airlines in Europe are now charging as much as some intercontinental carriers – but there is nothing stopping them from oscillating upwards again. It’s not all doom and gloom, though: the Federal Aviation Administration Chief has noted ‘things are improving’, especially when it comes to cancellations.

In May, only 2% of all intra-U.S. flights were canceled, down from 2.3% in April. The price hikes may be slowing down as well, after airfare tracker Hopper reported airfares may have already peaked, and could drop as summer wraps up. Concerning staff, Kirby remarks there has been progress across ‘parts’ of the system, including the air traffic control desk.

The base assumption is that ‘it’s going to gradually get better‘, but travelers are still reminded that air travel will not reach normalcy, or sufficient staffing levels, until summer 2023. Until then, there are a few steps they should follow in order to minimize their chances of experiencing travel disruption:

How To Get Compensation For Delays And Cancelations From Major U.S. Airlines 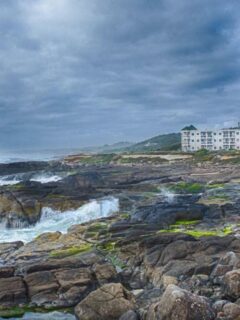 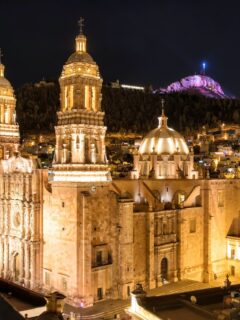 100% intentional. They just don't want you to travel by air ever again.

The pandemic is "somewhat controlled"? You can't be serious.

Notice a pattern? Wreck things with stupid policies and practices, tell people things for be difficult for awhile, tell people normalcy will return "next year" or some other nebulous timeframe, and finally, make sure normalcy does not return by doubling down.

Any breaks from the insanity are very temporary at best, and allows the ruling class to regroup to push more insanity.

In case anyone somehow doesn't get it by now, the ruling class does not want the plebs to travel and have freedom of movement in general. Don't expect travel to get easier long term. Position yourself now for a much more restricted and totalitarian world.