London Heathrow Airport has demanded airlines stop selling flight tickets over the summer as chaos in airports continues across the continent. Whilst the decision to stop selling tickets usually rests with airlines themselves, London Heathrow – which is the largest and busiest airport in the United Kingdom – has taken matters into their own hands in a bid to try and halt the wave of delays, cancellations and queues that have gripped airports up and down the country.

Several local and international airlines have already cut their overall flight offerings in an attempt to scale back their operations to address the issues that the industry is facing, yet London Heathrow feels that their efforts haven’t gone far enough. Now, their new demands could see existing flight bookings canceled and flight options for travelers this summer cut short. Here’s everything you need to know about London Heathrow’s demands, and how it is set to affect travelers this summer – and what they should do about it.

London Heathrow is the largest and busiest airline in the United Kingdom. Prior to the pandemic, the airport regularly welcomed somewhere in the region of 80 million passengers through its terminals, whilst last year saw just 41 million – a lower figure, but still the 8th highest total in Europe. However, as restrictions ease and traveler numbers rise, Heathrow is struggling to cope with the sheer demand – leading the airport to take matters into their own hands.

“Our assessment is that the maximum number of daily departing passengers that airlines, airline ground handlers and the airport can collectively serve over the summer is no more than 100,000. The latest forecasts indicate that even despite the amnesty, daily departing seats over the summer will average 104,000 – giving a daily excess of 4,000 seats. On average only about 1,500 of these 4,000 daily seats have currently been sold to passengers, and so we are asking our airline partners to stop selling summer tickets to limit the impact on passengers.”

Airports have worked hard to find alternate ways to ease the strain on their operations, such as hiring new staff, but faced with a significant workforce reduction and a delay whilst new hires undergo training, Heathrow has been faced with no choice but to cap flights. Last minute flight cancellations were up 188% compared to June 2019, and the airport will be hoping for that figure to fall over the next few months.

With flights set to be affected until September 11th, that leaves a large number of travelers now concerned as to whether or not their flights will still be going ahead. Unless told otherwise by their airlines or booking agents, travelers should assume that their travel plans are set to carry on as per usual. Consumer groups have called on the airport to work alongside airlines to provide travelers with clarity regarding their bookings in order to ease concerns.

Fortunately for travelers with eyes on visiting or transiting through London, there are plenty of alternate options that can see them avoid this mess entirely. Heathrow is one of six airports serving London, and travelers may want to consider route options that include London Stansted, London Southend, London City, London Luton or London Gatwick airports instead. Alternatively, flying into a regional airport could prove to be less hassle, and are usually well connected with the capital via rail or road.

8 Tips For Navigating Travel Chaos And Flight Delays This Summer 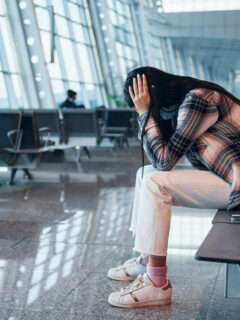 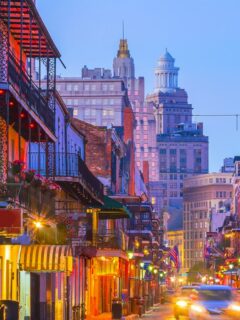 Next
Top 8 Off The Beaten Path Things To Do In New Orleans
Click here to cancel reply.

Have politicians load/unload luggage and deal with check in - they have brewed that problem, they need a taste of it.

I flew into Heathrow from O'Hare last week. It was a really bad experience with unacceptable delays to bags and no wheelchair service provided. No information and no attempt to manage the situation. The management of the airport have focused on upping charges including a drop off charge rather than resolving the staff shortage they created by letting staff go rather than furlough. Best avoided at present or bring a good book or a good movie on your iPad.