Low cost travel in Europe is seemingly under threat as popular airlines like Ryanair, Lufthansa and KLM all limit the sale of cheaper tickets, citing an extraordinary rise in fuel prices amid an all-time high travel demand. Unfortunately, this could signal the end of an era, seeing that airfares are expected to rise much higher in the years to come.

One of greatest perks of traveling Europe is – or used to be – its high affordability. With multiple rail links and flight connections, tourists were able to check as many as three countries off the bucket list on a single one-week vacation, and without breaking the bank. Like other aspects of travel, this is also changing surprisingly quick.

If you’re still waiting on this season’s flash 12-euro, intra-Europe weekend getaway offer to Mallorca, you are in for a big surprise:

Confirming our worst fears, a new study by Allianz Trade has at last asserted that the travel industry’s current troubles are far from being short-lived. In fact, this data suggests airfare prices will increase by a further 21% in 2022 alone, making both domestic, and international travel a lot more expensive than they have already become.

For those who have put off flying this year due to the recent chaotic scenes at airports, and are instead making plans to go abroad next year, we regret having to inform you the situation will aggravate further. According to Allianz, even the latest fare adjustments will ‘not be enough’ to help airlines get out of the red.

More specifically, the study points that, despite a likely year-on-year revenue increase of +102%, this will still not be sufficient to avert a ‘third consecutive year of losses’. For Allianz, airlines in Europe will simply not be able to reach break-even point until 2023 at the earliest, translating into greater price hikes.

Corroborating the findings, airlines like Lufthansa, KLM and the ultra low cost Ryanair all capped sales for their lowest fare tickets, proving these estimates are having an actual impact in the real world. The unexpected move adds to the woes of thousands of passengers who had been hoping to fly cheap this summer.

How Expensive Are Flights In Europe Now And How Worse Can It Get?

In a LinkedIn post, Lufthansa’s Chief Executive Jens Ritter effectively called it a day, admitting that ‘the whole airline industry is suffering’. In Ritter’s words, every sector of aviation, from airlines and airports, to suppliers and air traffic control, is under an enormous strain (not to mention the imminent threat of strikes set to take place throughout the season).

While Lufthansa’s low fare ban lasted only a few days, enough time for passengers affected by the spate of cancellations to rebook their flights, others like KLM have maintained higher-than-usual fares, with no indication they will ever return to pre-2022 normal. On June 8, London to Amsterdam return tickets were valued at almost $850.

In other despiritnig news, Ryanair CEO Michael O’Leary called the current low-cost carrier model ‘unsustainable’ for the coming years, inferring that Europe’s era of super cheap flight tickets may abruptly come to an end sooner rather than later. Looking at prices as they are now, it truly is hard to believe we were once able to book intra-EU flights for only €7.

O’Leary predicts that the average fare price for a low cost flight will jump by 50% by 2025, starting at €60, in response to the rising costs of international travel. Prior to 2022, paying as much as €60 on a Ryanair ticket would probably mean being eligible for the ‘Plus’ fare privileges, including advanced seat selection and a 20 kg check-in bag. Well, no more.

Is This What Calm After The Covid Storm Looks Like?

To put it simply, airlines are now drastically inflating fares in an attempt to keep demand under controllable levels. As we have previously reported, the ongoing crisis can be traced back to the Covid pandemic, when several staff were made redundant at a time when international travel nearly came to a standstill.

In 2022, however, the world decided it was time to reopen, and several countries dropped all Covid rules consecutively. As a consequence, the travel floodgates opened. While high demand is surely a positive sign for airlines close to bankruptcy, it can also be a recipe for disaster when there is simply not enough staff around to deal with the influx of passengers.

This is hardly what ‘calm after the Covid storm’ should feel like, especially after two years of draconian travel bans. Luckily, some nations in Europe such as the U.K. are now taking steps to remedy the situation, though experts have warned the only way forward is to cancel more flights so that airports can cope better with the saturated air traffic.

As for the delays millions of passengers are experiencing, the Allianz Trade study has sentenced it could become the ‘new normal in Europe’, along with more expensive flights. Without a question, getting insured for flight disruption is the only way travelers can minimize the risks of being left stranded, losing their hard-earned spending money, or worse.

Checking A Bag? How To Minimize The Chances Of Lost Luggage 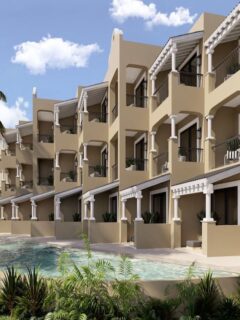 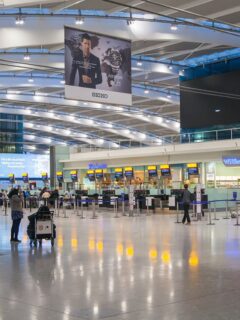