United to Start First and Only Nonstop Flight Between the U.S. and Mallorca

The largest of Spain’s Balearic Islands, Mallorca is also one of the most popular destinations for tourists to visit. Now, for the very first time ever, Americans will be able to fly directly from the U.S. to the Spanish island.

United Airlines has just launched its nonstop service from Newark (EWR) to Palma de Mallorca (PMI). The airline will serve this route three times a week with its Boeing 767-300 planes which can carry up to 204 passengers.

Until now, Americans departing from the U.S. were unable to fly directly to the popular island, oftentimes causing lengthy travel journeys which included layovers in larger cities in Spain such as Barcelona and Madrid.

Thanks to United Airlines’ pioneer route, the two continents will now be connected like never before.

In 2019 almost 30,000 people flew indirectly into Mallorca via New York. It has been one of New York’s most under-served destinations without nonstop flights causing United Airlines to finally act and incorporate the new seasonal route into their extensive network.

Palma is the largest city in Spain’s Balearic island group, comparable to islands such as Ibiza, Formentera, and Menorca. Palma de Mallorca may in fact be even more popular than any other island in Spain and a hugely desirable destination in Europe.

In 2019 nearly 12 million travelers made their way to the sensational island. In a post-covid era, that number is expected to be matched this year once again.

The route between the two cities is the first regular service ever, running three times a week until September 23.

A nonstop flight to Mallorca doesn’t have to break the bank.

A nonstop flight to Palma de Mallorca this summer doesn’t have to be too expensive either if you know when to travel.

The end of summer is your best chance to get on a nice European vacation that is affordable and lets you beat the busy summer crowds.

For an affordable flight to Mallorca via Newark, you will want to look for dates in mid-September.

The flight between the two cities is around 8 hours long and departs from EWR at 9:05 PM and arrives in Mallorca at 11:10 AM the following morning.

It is a perfect route for any new and even seasoned traveler because it departs late at night which gives one time to have dinner and (hopefully) sleep at night during the flight. The following morning you wake up early in beautiful Palma de Mallorca.

All Americans including unvaccinated ones are allowed to travel to Spain. There are however different entry requirements depending on your vaccination status.

If you’re not fully vaccinated, you can enter Spain presenting one of the following documents:

Unvaccinated Americans must also fill out a QR code prior to departing to Spain which can be obtained through Spain’s Travel Health portal.

Minors up to 12 years of age do not have to show proof of vaccination, a recovery certificate, or a negative COVID test.

Quarantine is not required for any American regardless of vaccination status.

United is expanding its network across Europe.

United is betting big on consistent and significant travel demand for Europe with its continued network expansion across the continent this summer.

The airline has also begun its seasonal service between Newark and Tenerife in recent weeks. Offering American travelers another direct route between the U.S. and another Spanish island.

The airline will have three weekly operations between the two cities, offering 507 seats per week on each leg.

United also began direct service between Newark and Norway this summer, connecting the two cities for the first time in 6 years.

The airline has also resumed service between Newark and Dubrovnik, Croatia, making it the only non-stop flight between the U.S. and Croatia.

It is clear that United Airlines has no intention of slowing down the rehabilitation of its network which suffered severe restrictions in the past 2 years due to Covid-19. 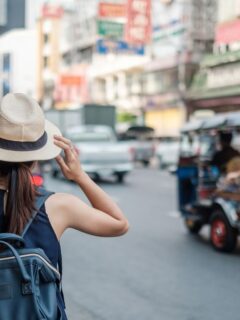 Previous
Thailand To Introduce 2 Levels Of Pricing: One For Tourists And One For Locals 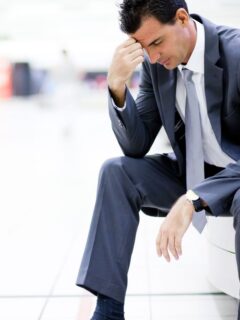 Next
Lost Luggage? Here Is What You Need To Do
Click here to cancel reply.