American Airlines Launches Flights To Barcelona As Spain Reopens For All U.S. Travelers

Following a 32-month pause, American Airlines is finally reinstating its seasonal flights to Barcelona for summer 2022. Since June 3, U.S. citizens have been able to fly nonstop between Chicago and Spain’s leading tourist destination, as the American carrier opens up yet another route for Europe-bound vacationers.

A metropolitan city extremely rich in History and ideal for sightseeing, Barcelona sits on Spain’s eastern coast, being the gateway to the autonomous region of Catalonia. Even though Madrid is the number one city in Spain, Barcelona houses some of its most iconic landmarks, including La Sagrada Familia and several Gaudi monuments.

Travel Demand Is Back Now That Most Covid Rules Are Scrapped

Tourism in Europe may have come to a standstill throughout the Covid crisis, but now that the continent is opening its borders once more and dropping most entry requirements, demand for travel is shooting up dramatically. Similarly to other European nations, Spain has also eased its travel rules recently.

Once the Mediterranean hotspot signaled it was moving away from its once-strict Covid policies, American Airlines was quick to relaunch service between two of the busiest airports in the United States and Spain. This means nonstop flights to Barcelona are officially back to Chicago O’Hare International (ORD), just in time for summer.

The last time American offered service on this route had been October 2019, prior to Covid being declared a pandemic in early 2020. While the virus was yet to be controlled, and more disruptive variants kept surging, the route remained unavailable. For two consecutive summers, American Airlines customers based in Chicago were unable to reach Barcelona directly.

The hiatus ended last Friday (3) when American resumed operations on its Boeing 787-8 Dreamliners, carrying 234 passengers. Similarly to pre-pandemic summers, the Chicago-Barcelona flights will run through October 29, 2022, when the summer/fall tourist season ends in Spain and Europe on an extent.

Besides Chicago, American is also offering flights to Barcelona from 3 other U.S. hubs, including Miami (MIA), New York (JFK), and Philadelphia (PHL). On top of that, the carrier operates on five other routes to Madrid, Spain’s capital: those flights leave from Charlotte (CLT), Dallas (DFW), MIA, JFK and PHL. Frequency is daily in all of them.

All Americans are eligible to visit Spain, albeit with different requirements based on vaccination.

The fully immunized are no longer subject to pre-departure testing when boarding a flight to Spain, but the non-vaccinated remain subject to presenting either a negative PCR test result issued less than 72 hours before arrival, or a negative Rapid Antigen (24 hours).

Irrespective of vaccination, U.S. citizens do not have to enter mandatory quarantine or undergo further testing when arriving to Spain. Additionally, Spanish authorities no longer require proof of vaccination to enter enclosed spaces, such as restaurants, travel on public transportation, or visit cultural venues.

Once they are in, all are welcome to explore the Iberian Peninsula’s leading nation hassle-free.

While it has eased its strict Covid-era entry protocols, now allowing the unvaccinated to enter again by presenting negative tests, Spain has refused to drop the mask rule across public transport, including planes. This means mask usage is still necessary when riding on city buses, intercity trains, and when flying within Spain.

What Are Some Of Barcelona’s Main Attractions?

Barcelona is an open air museum and one of Europe’s oldest cities. An intricate maze of narrow streets full of color and countless historical monuments. Housing the impressive Sagrada Familia, which will soon be finished after 144 years, the 13th century Barcelona Cathedral, and the picturesque Latin Quarter, it has enough sights to keep tourists busy for days on end.

Close to Barcelona, popular day trips include visits to the Costa Brava, where charming seaside towns can be found along Catalonia’s Mediterranean coast, the medieval cities of Girona and Lleida, and even the small Catalan-speaking nation of Andorra, which borders Spain and France.

Luckily, all these wonders are now only an 8-hour flight away from the U.S. with American Airlines. 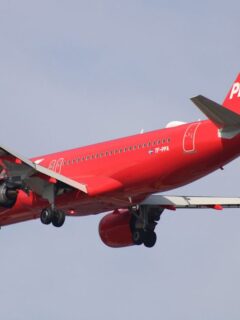 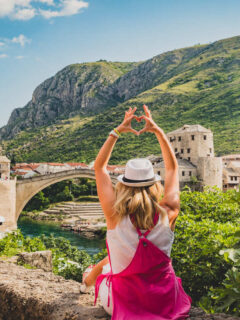 Next
Eastern Europe Is Now The Most Restriction Free Area Of The World
Click here to cancel reply.