Traveling abroad for summer 2022 will be much more challenging than initially expected, as countries struggle to keep up with a rising travel demand and staff shortages. Still, some destinations are better prepared than others, and are even simplifying entry for foreigners. This is the case with France, where Americans now enjoy fast track entry.

Although many travelers are not even aware of this, France allows a number of foreign nationals to cross its borders without thorough checks – including U.S. citizens. While this policy has been around for some time, it was not until recently that it gained traction, as airports in Europe become overwhelmingly busy post-Covid:

Americans Can Enter France Without Speaking To A Border Agent

If you’re a regular traveler in the Old Continent, you may be familiar with the layout of European airports. Usually when landing in Europe, passengers have to stand in one out of two lines: the Europeans’ or the third country nationals’. Anyone who does not hold a passport from an European Union (EU) or EU-associated country is considered a third country national.

Naturally, U.S., Canada, Australia and UK passport holders are all considered third country nationals, as they are not EU citizens. With the exception of Brits, who only left the EU recently, these travelers had been for years subject to long wait times until speaking to a border agent, who would then assess whether they would be allowed into France or not.

This is a very common procedure when traveling abroad, as it is a border agent’s job to verify the intentions of a traveler when visiting a country, and whether they meet certain criteria, including financial requirements. As EU citizens have the right to move freely in Europe, they are not subject to these checks and have always been eligible to use eGates.

In France, they are part of an automated border control system called Parafe, which helps French authorities keep track of border crossings to and from France from outside the borderless Schengen Area. These ‘Eletronic Gates’ ensure faster entry when crossing EU borders, as passengers simply have to scan their passport to be allowed in.

Surprisingly, France now allows select non-EU nationalities to scan their way into the country. In order to benefit from Parafe, and cross into France without speaking to a border agent first, travelers must simply be aged 18 years and older, and hold a valid biometric passport from one of the below countries:

This means that, even though they are not Europeans, Americans can still use eGates traveling to France at designated entry poins. More specifically, they are eligible for fast-track entry in 6 international airports, including the busy Roissy-Charles de Gaulle Airport and Orly, which both serve Paris, as well as the other hubs in Bordeaux, Lyon, Marseille and Nice.

U.S. passport holders can also use automated eGates on at least 4 of France’s international train stations, mainly on United Kingdom-France routes. Those are Gare du Nord, in Paris, St Pancras International, on the British side of the border, the Terminal de Coquelles in France, and the Folkstone Terminal in England.

How To Use An eGate In 4 Quick Steps

When using an eGate, travelers are advsied to follow these steps:

If you’re successful, after a minute or two, the gates of France – and Europe on an extent – will open for you.

Even though Americans are now guaranteed faster entry into France, this does not mean the rule is replicated in other European countries. With the exception of the UK, which also allows U.S. citizens to use eGates, we still have not heard of other European nations granting Americans (and Canadians on an extent) the privilege.

Whenever traveling to France, Americans are again reminded that, even though they may no longer be required to see a border officer at specific entry points, they can only remain in the country (and the Schengen Area as a whole) for 90 days out of every 180-day period. For that purpose, the Parafe system will keep a record of both entry and exit dates.

When caught overstaying, depending on the length of the illegal stay, Americans risk being fined, detained, or even banned from traveling to Europe for a few years. Any visit to the Schengen Area, which include France and 25 other countries, however short, counts towards your 90-days-out-of-every-180 limit.

If in doubt, always use the official Schengen Calculator.

Right now, France is open to Americans holding a valid Covid certification, and mainly those who are fully immunized. It is not yet part of the group of European countries that have completely removed entry requirements ahead of summer, but it has progressively eased restrictions over the last few months.

Once in France, travelers are no longer required to wear face coverings indoors or outdoors, including in planes, and the Covid-era Pass sanitaire, France’s controversial vaccine passport, is also not in use. Right now, your main concern traveling to France is the rapid spread of monkeypox and the increasing risk of travel disruption due to understaffed airports. 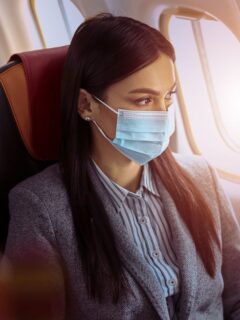 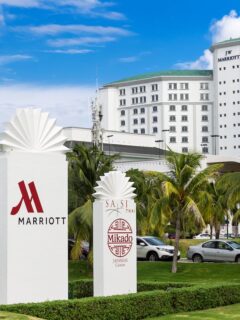 Next
Marriott Offering 20 Percent Off Over 1500 Hotels For 4 Days Only
Click here to cancel reply.

Has anyone heard that France is bringing back lockdowns and mask mandates?

As Parisien, don't dream too much, automatic doors for passports control are often out of order, not broken but not in service...Is France !

Question, as a Canadian travelling to France, flying into Toulouse from Croatia, is Toulouse airport on this list for 'fast track' entry? Also, if I'm flying with my 16yr old son and 14yr daughter, are they eligible to access the 'fast track' system with me?

flew out of CDG T2 the day after memorial day and the entire row of automated passport control machines were blocked off causing a massive queue for the passport control lines snaking through half the terminal building. what a clown show. after years of travel nightmares at this airport, I finally decided never again.

"Any visit to the Schengen Area, which include France and 25 other countries, however short, counts towards your 90-days-out-of-every-180 limit."

There are specific visa waivers for Americans which, if utilized properly, can extend a Schengen Area stay up to an additional ninety days.