Flying internationally this summer? You might want to consider traveling light and leaving that extra pair of jeans behind, as the first post Covid travel season is bound to be chaotic. And believe us, having more luggage to check in will, in the every least, make your experience at the airport much, much more laborious.

In the worst case scenario, you could even miss your flight due to check in delays.

Sounds a bit too dramatic? Unfortunately, that is not too far from the truth: as any avid Travel Off Path reader will know, there have been several reports of air passengers whose vacations were ruined due to long wait times at airports. With the busiest summer in years approaching, the situation will get progressively worse.

Here is why traveling with hold bags and carrying extra weight this summer will only increase your travel disruption risks:

Summer 2022 had been highly anticipated by the traveler community. Marking the start of a new restriction-free era, following the suppression of Covid, many travelers will be taking to the skies again after spending months being locked down at home. From the Caribbean islands to Europe’s dreamiest destinations, the world is finally open for tourism again.

Sadly, the industry as a whole – and airports in particular – were not prepared to face such an unprecedented travel demand, especially after two years of low passenger numbers and reduced capacity. As a result, countless international hubs have descended into chaos, with notorious examples being London Heathrow and Dublin Airport.

Due to a shortage of ground and air staff, those transiting airports are being urged by the airport unions to travel light – only with hand luggage – to ensure lines move quicker and, thus, reduce disruption. Andy Prendergast, National Secretary at the GMB union, confirmed herself check-in lines are ‘one of the main hold-ups at airports’ at the moment.

According to Prendergast, by leaving large suitcases at home and avoiding checking bags altogether ‘passengers have a better chance of taking off on time’. Recently, reports of air passengers turning up super early at the airport only to miss their flights anyway have sent shockwaves through the traveler community – and dissatisfaction is spreading.

Many are now forced to wait for hours on end only to check in bags, and then proceed to join yet another endless line to clear security. Some are even missing their flights regardless of arriving early, causing travel confidence to erode once more, as those affected by the Dublin Airport fiasco vow to ‘never fly out of Dublin again‘.

Delays Will Soon Be The Rule And Not The Exception

Although Europe has been hit the hardest, travel disruption is being experienced everywhere: airport operators at Mexico City have been working around the clock to prevent a literal catastrophe from happening, and the state of Florida has been experiencing a spate of cancellations that has infuriated travelers.

Despite the situation on the ground, pilot union Balpa refused to join calls for passengers to travel on carry-on only. According to a spokesperson, Balpa members ‘want to give a full professional service at all times’, and that includes ensuring passengers are allowed to bring luggage of any size without being penalized for a personal choice.

Balpa stated they are ‘frustrated’ when delays and cancellations occur, but have continued to work hard to avoid them whenever possible. Unions like GMB were also heavily criticized by their peers for advising passengers to travel without hold luggage, seeing that vacationers going on a week’s break ‘could not be expected to carry all they need’ on carry-on.

Still, staffing constraints have worsened by the day, irrespective of other reassuring statements. The truth is a majority of airports in Europe foresee a challenging summer ahead, and they are suffering from a lack of personnel when travel figures are reaching pre-pandemic levels. As you might have guessed, that is a recipe for disaster.

Paul Charles, the Chief Executive Officer at the PC Travel Consultancy Agency, also urged air passengers to fly with carry-on only, arguing it will help smooth journeys by reducing processing times. There may be no official research confirming this belief, but it is a fact waiting times inevitably increase when there are hold bags to check in.

If you are flying abroad in the upcoming weeks and would like to minimize risks of encountering issues at the airport, make sure you:

This Is How Much You Will Pay In Gas For Your U.S. Summer Road Trip 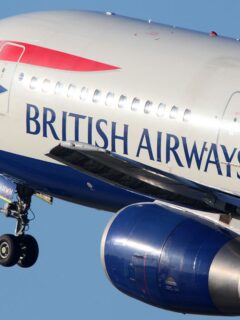 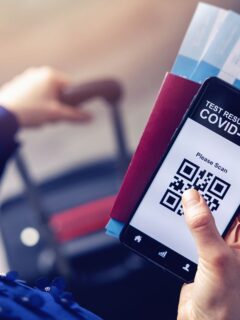 Next
Airlines Rally Together Against Testing Rule To Enter U.S.
Click here to cancel reply.

Arrive 5 hours before your flight? Where is this recommendation coming from? Most airline check-in counters don’t open until 3 hours before check-in. Also, a lot of research shows checking in too early increases the chance of lost bags. Wizz Air, for example, only did check-in 2.5 hours before departure.