British Airways has launched even more new direct flights to several cities in the United States, reaffirming its commitment to transatlantic travel in the wake of the pandemic. The transatlantic route has been a popular route for American and British travelers to take for decades and, despite facing an obvious lull at the hands of the pandemic, the appetite for the short hop across the pond is just as large now as it has ever been.

In addition to new routes being added to the British Airways flight network, the airline has also bumped up the frequency of existing routes, highlighting the popularity of the route and preparing for a hotly anticipated summer travel boom. Here’s a look at the new British Airways routes travelers can look forward to taking this summer, plus which routes are set to see their flight frequencies increase.

British Airways has been steadily increasing its transatlantic flight offerings over the past few months as it looks to rebuild its network following a series of cuts made as a result of the pandemic. The latest additions see two more cities in the United States added to its list of connections with London, giving travelers on either side of the Atlantic even more options when it comes to travel this summer.

One of the two cities now welcoming flights from London is Portland, Oregon. The quirky city was originally scheduled to welcome flights from London back on June 1st, 2020, but the pandemic ended any chances of the route taking off at that time. Now, just two years later than scheduled, the route finally welcomed its inaugural flights just this week just in time for summer vacations.

The route features five flights per week from London to Portland, departing on Monday, Tuesday, Wednesday, Friday and Sunday, whilst there are also five return flights per week from Portland. Each flight will be carried out by 214-seat Boeing 787-8 Dreamliner aircraft. With Delta no longer running their Portland to London route, BA will now be offering the only direct flight between Portland and London.

“This summer British Airways will be flying from 26 US cities to London and we’re very excited to be adding Portland to our list of transatlantic destinations. Not only are we the only airline to offer direct flights from Portland to London, but this new route also opens a wide variety of connections for our customers.”

The second new addition will see British Airways flying between London and Pittsburgh. Despite being inaugurated in April 2019, the route had been inactive since March 2020 – until now. This route will also be carried out by a Boeing 787-8 Dreamliner, and will have a frequency of four flights per week, leaving London on Tuesdays, Wednesdays, Fridays and Sundays.

British Airways will also be boosting the frequency of one of its existing routes. There are now set to be three daily flights from Newark to London, with the latest flight departing in the daytime in a bid to attract business travelers. This route will be fulfilled by Boeing 777-200ER aircraft, giving passengers the opportunity to try out the latest British Airways business class seat. 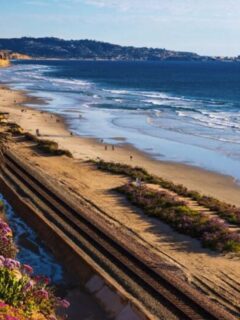 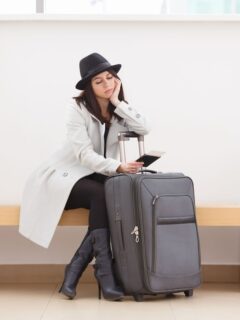 Next
Why Travelers Should Only Go Carry-On This Summer
Click here to cancel reply.