If Memorial Day​ weekend was anything to go by, travelers hoping for a smooth air journey this summer could be set to come into some turbulence. Throw in the high gas fees that make road trips uncomfortably expensive, and travelers look likely to be stuck for a cheap and convenient way to travel around the US this summer. Fortunately for travelers however, Amtrak is boosting its summer rail schedule, giving them plenty of ways to get around and places to visit this summer.

Considered by many to be the most romantic form of transport, rail travel is often overlooked despite being quicker than car journeys, cheaper than air travel and providing some stunning scenery along the way. Here’s a look at how Amtrak has boosted their summer travel schedule.

Amtrak’s increase of its summer rail routes is already underway, with the company ramping its Northeast Regional operations to 79% of their pre-pandemic totals at the start of May. That means that travelers can now look forward to:

New York and Washington D.C. are amongst the country’s most popular destinations, and so the boost in frequencies is bound to be welcomed by travelers. However, that’s not the only route getting a bump. Amtrak has also added the following:

Amtrak’s Acela train class – the company’s flagship high speed rail service that offers a more luxurious experience – will also see more frequencies resume than at any time during the pandemic. Routes include:

As well as ensuring travelers are highly connected along the East Coast, Amtrak has also restarted daily service for several of its long distance routes that take travelers through the length and breadth of the country. These include:

All this has been made possible partly due to the efforts Amtrak has gone through to hire new staff. Whilst airlines are currently going through a staffing crisis, with a lack of pilots, ground staff and flight crew causing flights to be cancelled or delayed, Amtrak – which was recently named the best company for graduates to work at – has hired more than 1,500 new staff over the last year, allowing them to boost the frequency of their journeys and add on additional routes for travelers – not to mention minimizing the risk of delays or cancellations.

“Thanks to our dedicated existing employees and newly-hired staff, we are thrilled to expand our scheduled service just in time to meet customers’ rising demand for travel this summer.”

It might not be everyone’s cup of tea, but switching out a flight for a rail journey could well save some travel related tears this summer and provide a journey to remember along the way. 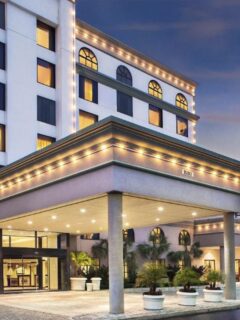 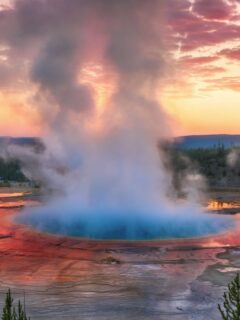 Next
Top 6 Off The Beaten Path Things To Do In Yellowstone National Park
Click here to cancel reply.