The first official post-Covid summer is not going exactly as planned. Even though many travelers had high hopes for the current season, now that virtually all of the top tourist destinations in the world finally reopened, those were unceremoniously dashed as soon as airlines started cancelling flights… En masse.

Over in Europe, the situation is so dramatic that some passengers are missing flights despite arriving six hours early to the airport. With two thirds of the continent engulfed in chaos, the UK has been the first to urge more drastic action: government officials are now telling airlines to cancel flights to keep the crisis from aggravating.

Finding it hard to understand the rationale for that? Allow us to explain:

In a joint letter to airlines, the UK Department for Transport and the Civil Aviation Authority (CAA) have reminded them they must ensure their summer timetables are ‘deliverable’. More specifically, carriers cannot expect to respond to pent-up demand for summer travel when key problems that are impossible to solve in the short-term remain.

The entities went as far as suggesting, in the document, that cancelling flights earlier was ‘better’ than at the last minute, effectively pledging with airlines to ax more flights to help with schedule readjustments. Currently, the main issue facing both airlines and airports is the reduced workforce across a number of fields, including among:

Easyjet, a low-cost carrier serving numerous routes into and out of the UK and Europe, has reported staff absence rates of up to 20%, something that has significantly affected its ability to fulfill operations. The UK Border Force itself is also ‘catastrophically under-staffed’, leading to excessively long delays at the country’s international points of entry.

As expected, the industry’s constraints are hitting customers the hardest, as flight delays have started to become the norm at some airports. Dublin Airport, for instance, is having a hard time rebuilding its damaged reputation after a shambolic May 30, when passengers elbowed their way to the front of the line in a desperate attempt to make their flights in time.

For the UK Government, airlines in Europe have got to get it together and stop selling tickets as if they are not understaffed, and facing other internal problems. British Airways, TUI and Easyjet, some of the most heavily impacted, have all apologized to customers and promised them compensation, but those are hardly sufficing anymore.

Travel confidence is eroding again, not because of Covid, but due to the suboptimal management of the ongoing crisis amid a soaring demand. Needless to say, being forced to wait by the boarding gate for hours on end, only to get a cancellation note confirming all your vacation plans have just been ruined, is not something customers forget that easily.

Besides advising airlines such as British Airways, which serves countless routes between North America and the UK, to cancel more flights as soon as possible, the Department for Transport and the CAA have set out six expectations for the industry moving forward. They are:

Despite Airlines’ Best Efforts, Problems Will Likely To Persist

Unfortunately, there is no immediate solution to the problem at hand.

Most of the vacant positions mentioned previously require extensive training – sometimes, months of preparation and security clearing until new staff can be formally admitted. We may not wish to see our long-awaited trip getting axed because there are not enough pilots around, but we also don’t want our pilots to be less experienced than usual.

From now on, travel authorities will need to work harder to strike a delicate balance between reduced staff and increased demand, and it is likely sacrifices will have to be made. Some airlines may be already going on a hiring spree to try and fill in gaps, but summer is already here and passenger numbers are about to get a lot higher. 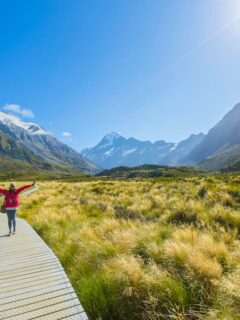 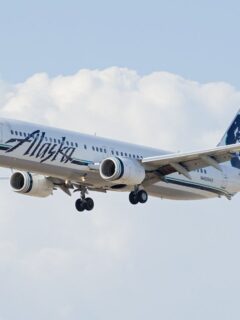 The airlines are still selling tickets and people are still buying them as and making hotel reservations, trains, etc. The refunds should go back to the cards used, instead of giving them option to travel another day. It is invonvenience

@JAXFL, the non-refunding of ticket fares by airlines is a well-established global racket.