Alaska Airlines has become the latest airline in the United States to add to its destinations, with the airline set to launch five new flight routes across the US just in time for a busy summer of travel. The airline, which is the sixth largest in the US in terms of fleet size, made the new route announcement just yesterday, unveiling a range of new, popular domestic destinations that travelers will be able to take advantage of over the coming weeks on their website.

A welcome change from airlines cutting their overall route offerings in the wake of staff shortages and rising costs, Alaska joins the likes of American Airlines in providing travelers with something to look forward to this summer. Here’s a look at the new routes that Alaska has added to its route map, and when they routes are set to go live.

Alaska Airlines’ five new routes offer travelers even more opportunities to visit some of the country’s top destinations. Alaska will be flying between its hometown hub Seattle and Miami daily, with a non-stop service. The flight’s duration is just a touch over six hours, and will become the airline’s 100th nonstop destination from Seattle. This route has already launched, with tickets available for purchase online already.

Travelers living in Seattle have also been treated to a second new route flying out of the state. Effective as of now, travelers can look forward to purchasing flights between Seattle and Cleveland, Ohio. This new route makes Alaska the only airline connecting Cleveland with the Pacific Northwest, and is their third destination in Ohio after Cincinnati and Columbus.

Two more flights have been added out of Boise, Idaho. As of yesterday, Alaska is now flying daily between Boise and Idaho Falls, along with daily flights between Boise and Las Vegas. With these additions to their existing flights, Alaska will now fly an average of 31 daily non-stop flights from Boise to 15 destinations, giving travelers in Idaho plenty of choices for vacations.

The final new route added by Alaska Airlines is one that is bound to capture the imagination of lovers of the great outdoors. From June 18th, travelers can look forward to weekly flights between two of the best destinations for nature lovers – Salt Lake City and Anchorage. With the addition of this route, there are now direct flights to 22 different destinations from Anchorage, providing travelers with plenty of routes to and from The Last Frontier.

“Northeast Ohio, South Florida, southern Idaho – we’re flying new routes and heading to new destinations where our guests want to go. We’re seeing strong ticket sales for all our new nonstops. That’s another indication that so many of us are ready to get out and go places.”

With the busy summer of travel fast approaching, Alaska Airlines could prove to be the airline of choice for travelers this summer for several reasons. Not only does it now boast an impressive range of destinations, the airline was also recently crowned the safest in the country, and the third best airline overall behind Delta Airlines and Hawaiian Airlines. For better value for money, frequent flyers may also want to consider taking advantage of the airline’s monthly flight pass. 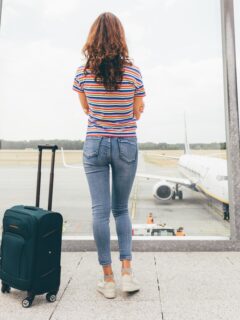 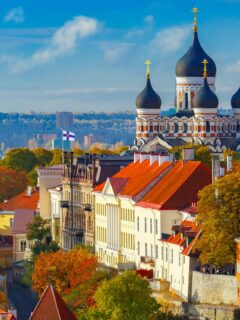 Finally can get back to Mazatlan traveling from the Pacific NW end of December without having to overnight in LAX. Traveling back home is a ? right now in having to stay overnight in LAX.Viva to my happy place once again for the winter!