A recent study has revealed which airlines in the US are amongst the best in the country – and which are amongst the worst. The study, which was carried out by the finance website WalletHub, scored each airline of the airlines included across a range of different factors, which allowed them to work out which of them can be considered the best in the country and which need to step up their game.

With eleven of the largest airlines in the U.S. ranked in the recent study, the list could prove to be a valuable tool for travelers this summer, as millions of Americans are expected to travel once more – and break several travel records in the process. Here’s a closer look at the study, including how it was carried out and what the results revealed about the performance of airlines in the US.

WalletHub’s study into the best airlines in the US featured 11 airlines – the 9 largest national airlines in the country, and two regional carriers that have at least 1% of total domestic scheduled-service passenger revenues.  A total of 16 important metrics, ranging from cancellation and delay rates to baggage mishaps and in-flight comfort, were used to compare the airlines, with an overall score used to see which ones came out on top.

Once the study was completed, it was Delta Airways who came out on top with a total score of 70.48, whilst Southwest Airlines languished in the bottom spot with a measly score of 30.60. The complete rankings of the 11 airlines involved in the study is as follows:

According to the study, Delta was not only the best airline overall, but it took top spot in several other metrics, including being the most reliable airline and the safest for travelers who are transporting animals. Delta also had the lowest rate of cancellations, delays, mishandled luggage and denied boardings amongst the airlines included in the study.

JetBlue came out on top when it came to comfort levels, with the airline’s free amenities such as Wi-Fi, extra legroom and complimentary snacks and beverages giving them the top score in this category, in front of Delta in second. Frontier Airlines was found to be the cheapest airline when measuring passenger revenue per available seat mile, with Envoy Air coming out as the most expensive.

Skywest Airlines had the lowest customer complaint rate of last year, whilst Alaska Airlines was also deemed to be the safest airline in the study.

Southwest Airlines, which was the lowest ranked of all the airlines in the study, came bottom in several categories, including both airline safety and reliability, and had also received a larger number of complaints than several of the other airlines.

Southwest’s bottom ranking comes as a drastic change from its usual spot in the top three airlines or even its title as ‘nation’s best air carrier in 2020’ by Atmosphere Research Group.

Speaking about their achievements, Delta’s E.V.P. and Chief of Operations John Laughter said:

“We have never strayed from our focus on safety and reliability, and this award is a reflection of the unwavering commitment of our people to that focus. Delta people are the best in the industry, and we’re proud to have their hard work recognized.” 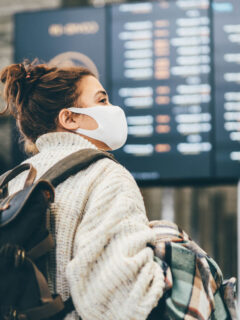 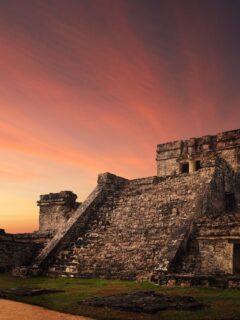 You have United twice. Where does American rank?

It was an error, American is at 10

Why is United in the list twice? Is one of the United spots supposed to be American?

It was an error, American is in 10th place