As Covid recedes and the epidemiological scenario improves, we have been following a number of nations that have reinstated their pre-pandemic border rules. From several Caribbean islands to the once-strict European nations, travel is again restriction-free across most of the world, especially for those who are vaccinated.

Contrastingly, there have been a select few nations that are yet to join the reopening trend for some unfathomable reason. Whether due to a more conservative approach regarding pandemic management, or reluctance to return to a pre-2020 state of normality too quickly, some countries still consider travelers a potential health threat and still apply tests to enter.

The United States is one of them. The U.S. has kept testing for entry in place for vaccinated travelers, even when ultra-strict nations like Singapore, Australia, Canada, and even Thailand have removed it.

The U.S. Still Refuses To Lift Testing Requirement Even After Other Stricter Countries Did

Currently, in order to enter the States, both foreigners and U.S. citizens must undergo Covid testing irrespective of vaccination status, and not earlier than a day prior to departure from a foreign country. The decision has thrown the travel plans of millions into turmoil, as false positives have proven to be a major problem lately.

Despite the World Health Organization’s recent pleas for countries to relax travel rules, and the science being clear border closures come at an unprecedented cost, besides having few benefits in the long-term, the U.S. is still sided with those yet to remove border frictions.

While it is miles ahead of the likes of Japan, it has still made no concessions on testing. Oddly enough, countless nations that once had some of the strictest border regimes, and even an outright ban on foreign travelers, including Australia, have reopened recently and, to an extent, scrapped testing for vaccinated arrivals.

What’s even more surprising: Super-strict Australia was not the only travel-averse country to change tactics ahead of the U.S.

In both North and Central America, only a handful of countries still expect travelers to undergo testing, such as Nicaragua and Trinidad and Tobago to name a couple. In general, the upper part of the American continent allows restriction-free entry, as all massively popular tourist hotspots like Costa Rica, Cuba, Dominican Republic, Mexico, and Jamaica do not require testing.

As if it weren’t encouragement for the U.S. to mirror their moves, the once fully-shut down Canada, the country’s neighbor and one of its closest partners, also allows test-free entry for the vaccinated since April 1st. Mounting pressure aside, North America’s leading nation has stood firmly against the lifting of the mandate.

Much like North and Central American countries, most of South America welcomes vaccinated visitors with no requirements other than presenting a valid vaccination certificate. Among those, countries that are signatory to the Mercosur bloc stand out, particularly Brazil and Argentina, which have both recently removed testing.

In fact, Argentina went even further and abolished all pandemic-related entry rules at its external borders, which means both the vaccinated and unvaccinated can enter under the same pre-pandemic regulations. Additionally, vaccinated tourists can enter Chile, Colombia, Ecuador, and Peru without presenting a negative test.

Curiously, Argentina and Chile had adopted some of the harshest measures in the region, banning entry to most foreigners, including fellow Mercosur and Mercosur-associated citizens, who normally have freedom of movement within the bloc. This is a further indication we are past the times of blanket bans and complex travel rules.

Famous for its patchwork of measures, which kept visitors out as the continent struggled to keep track of different regulations across its own internal borders, Europe is finally fully open with very few restrictions. This means European countries have either completely scrapped Covid travel rules, or decided on loosening curbs.

Again, way before the U.S. While the vaccinated have testing-free entry guaranteed in the whole continent, including in non-EU European countries such as the Western Balkans, the unvaccinated can also travel freely without testing to certain destinations. Those include:

Others like Italy and Spain are yet to remove their entry requirements, though they still welcome vaccinated tourists without testing upon presentation of a valid vaccination certificate. Even with its own exceptions, Europe’s post-Covid strategy further isolates the U.S. as one of the last countries testing for travel remains mandatory.

In Western Asia, or the geopolitical region called the Middle East, Turkey has been allowing vaccinated tourists to visit without testing, and the unvaccinated to enter by presenting either a negative PCR undertaken in under 72 hours, or a negative Rapid Antigen test in under 24.

While it still clearly differentiates between the vaccinated and the unvaccinated, Turkey’s entry rules are much more tourist-friendly than the U.S.’s, as non-Americans who are not yet vaccinated continue banned from entering the country for non-essential purposes such.

Other Eastern Mediterranean and Western Asian countries have also simplified entry procedures, including the EU nation of Cyprus, Jordan, and the United Arab Emirates. Over in Africa, Tunisia, Egypt and South Africa are some examples of other sought-after destinations with no testing requirements for fully vaccinated travelers.

Over in Asia, even Singapore, which once similarly barred entry to most foreign nationals and applied extremely challenging requirements to those who were then allowed to travel, is now open with much easier entry requirements. It is worth noting they do not involve testing for the vaccinated.

Still in Asia, Thailand has removed testing mandates for vaccinated tourists just this week, similarly to India, Nepal, and Cambodia, which did the same earlier this year. As Asian countries have been traditionally more restrictive from the onset of the crisis, most travel experts could never have predicted Asia would outpace the U.S. in its reopening.

As improbable as it might have sounded only a couple of months ago, it eventually did.

So When Will The U.S. Finally Lift Its Own Testing Requirement?

After countries that were initially very strict abolished mandatory testing for incoming travelers themselves, many are eagerly expecting the U.S. to follow suit.

Even though there is evident public support for the mandate to be rescinded, and pressure from several sectors building up by the day, the White House has not budged.

In reality, White House Covid advisor Jeff Zients dashed the hopes of many by stating recently ‘there are no plans to change the international travel requirements at this point‘. His affirmation dealt a further blow to the travel industry, which has been relentlessly pushing for the lifting of the measure for months, all to no avail.

Since December 2021, the Biden administration amended U.S. border rules by requiring all travelers aged 2, irrespective of nationality and including Americans, to present a negative Covid test a single day from entering.

Although it was understandable at first, due to the Omicron threat and an increased risk of importing new variants, infection trends are now much lower and the testing requirement started being questioned.

With airlines dealing with two years of pandemic losses, and many Americans still avoiding international travel out of fear they could test positive while abroad, which would keep them from flying home, Zients’ recent remarks have sent reverberations through various sectors of society.

Travel associations and other business groups have penned a letter to the White House Covid advisors urging them to reconsider, as ‘pre-departure testing is no longer an effective measure in protecting the United States from Covid-19′.

In the letter, the few health benefits and the obstacles it poses to travel when passengers fear being stranded overseas is also mentioned.

Recently, the industry applauded a Florida judge’s decision to overturn the federal mask mandate, a move that has already encouraged airlines, cruise ship terminals, and private companies such as Walt Disney World to make mask-wearing optional for customers.

Even then, the Justice Department has filed an appeal to reverse the ruling following a CDC recommendation, suggesting there are certain entities still wary of advising the White House to follow other countries’ examples of relaxing entry requirements.

So far, the U.S. remains a solitary example in mainland North America of a country imposing testing requirements for vaccinated passengers in April 2022.

Canada Will Still Require Masks On Planes Despite Judge Overturning Law In U.S. 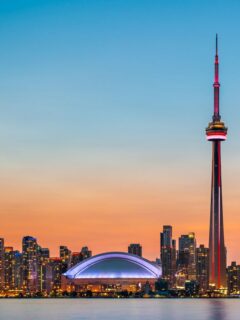 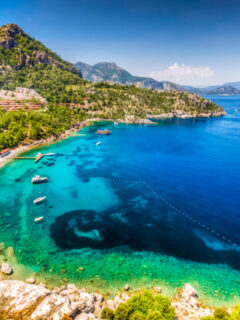 Next
The Top 5 Most Affordable Summer Destinations In Europe For 2022
Click here to cancel reply.

It's clear by now that as COVID becomes endemic, it's nonsensical to still require anything to enter (vaccine or tests). It's just political, like in Japan. The population, still reviving its ancient tendency to be closed, is still in majority favorable to remain closed. It might soon flip because this is not helping, economically speaking.

What a scam this all was.

REMOVE THE MANDATORY RAPID ANTIGEN TEST FOR FULLY VACCINATED TRAVELLER'S ITS A HARDSHIP WHEN IN A FOREIGN COUNTRY TO FIND TESTING FACILITIES BEFORE YOUR NEXT DAY FLIGHT.

Democrats say it's about health, but in reality democrats get big money from test and mask sales. This is why I have never done a single test and also have not spent money on masks. Every place crying about a mask, I have left with my money.

Remove all testing now. Vaccinated are no exception as they statistically get COVID even more however I don't believe in discriminating against someone who was subverted by the most powerful industries and propaganda on earth.