The UK Post Office has published its annual Worldwide Holiday Costs Barometer, which lists popular destinations offering the best value for money in 2022. Calculating daily costs for eight items tourists are most likely to buy, they have identified the Top 5 Most Affordable Summer Destinations in Europe for 2022.

36 destinations have been surveyed in total, while data was compiled with assistance from both national and local tourist boards representing each destination. Prices were later cross-checked by Post Office researchers.

Out of the items selected for comparison, the Post Office listed the following:

Massively Popular Countries And Other Off The Beaten Path Destinations

From the continent’s sunny Atlantic coast to its Easternmost fringes, the list is packed with paradisiac beaches and historical places ready to be rediscovered.

While Europe is certainly always a good call, certain countries can be far more expensive than others, especially in a post-Covid world with soaring travel costs. Luckily, there are plenty of budget-friendly destinations allowing visitors to enjoy the season without breaking the bank.

Here are some of them:

Rounding out the top five, Spain’s extensive Costa del Sol, Spanish for the aptly-named ‘Sun Coast’, is a much more affordable holiday than other summer hotspots like Ibiza, Tenerife or Costa Brava. On top of that, it offers visitors the same Mediterranean coastline, an abundance of sandy beaches and city breaks, as well as countless other natural landmarks.

When eating out, buying essentials and enjoying a late night glass of wine, tourists can expect to pay roughly USD 76.76 a day. The prices do not include entry to museums, transfers, private tours or other tourist activities, meaning visitors are still advised to observe Spain’s requirement of having at least USD 108 spending money per day.

Currently, the country is yet to reopen to unvaccinated foreigners, meaning American citizens who are not yet fully immunized against Covid may be denied entry when traveling for non-essential reasons such as tourism. On the other hand, those who are either vaccinated or who have recovered from Covid within the last 180 days can enter restriction-free.

Cyprus is an Eastern Mediterranean island shared by Greek Cypriots, who are a large majority in the Republic of Cyprus (the south), and Turkish Cypriots, who live in the self-proclaimed Turkish Republic of Northern Cyprus. Besides its fascinating and diverse history, this is one of Europe’s leading summer escapes.

Ranking No. 4 on the list, Paphos sits on the island’s west coast and attracts millions of tourists every year not only due to its resorts and spotless beaches, but also a multitude of ancient attractions. When vacationing in the area, travelers can expect to live comfortably on USD 72.78 a day, making Paphos one of the most affordable destinations in Cyprus.

Besides having more relaxed travel rules in place, especially for vaccinated arrivals, the Mediterranean nation has been signaling a possible alignment with fellow EU members that have recently dropped all Covid rules. From May 15, vaccine passes will no longer be required for entry into venues within Cyprus, while the mask mandate is being eased.

Although most people will immediately think of Lisbon or Porto when booking a trip to Portugal, Europe’s Westernmost nation can also be a surprising beach destination over summer. In fact, the Algarve beaches are among some of the most affordable – and beautiful – in all of Europe, giving Greece and Spain a run for their money.

For an average of only USD 57.33 a day, vacationers can bathe in the warm Atlantic Ocean, relax in picturesque summer villas, admire the incredible rugged scenery of Portugal’s southernmost coast, and even stroll the colorful streets of the nearby towns of Lagos and Faro.

On an extent, the Algarve is the cheapest summer destination in the Eurozone, and traveling there will cost you 25% than a visit to Spain’s Costa del Sol, which ranks fifth on this list. Some more encouragement? Portugal is eager to welcome you, as a ban on non-essential travel from the United States and Canada was lifted ahead of the season back in February.

An up-and-coming summer hotspot, Bulgaria is a lesser-known Eastern European country not normally associated with clear water beaches and all-inclusive resorts. Curiously, it features Sunny Beach, one of the best-equipped resort zones on the Black Sea coast, and an extensive sandy coastline that is not nearly as packed as other competitors.

Known for water sports, which are incredibly popular in Bulgaria over summer, and up-and-coming nightlife cities, such as Varna and Burgas, the area around Sunny Beach is extremely affordable by European standards. On average, you will be expected to pay USD 33.78 per day when visiting.

Bulgaria also featured on our list of 7 Underrated Destinations In Europe For 2022, or more specifically, the ancient Veliko Tarnovo, a city that in a distant past was one of the wealthiest in the Balkan Peninsula. For more information on the latest Covid entry requirements for Bulgaria, please visit this link.

While Turkey only has 3% of its territory in the European continent, as the remaining 97% spread across the vast Anatolian protrusion of the Asian continent, it is traditionally included on Europe-based lists. Snatching the crown this year, the Mediterranean resort town of Marmaris is by far the cheapest summer destination overall.

Although Turkey has always been the go-to country for budget travelers, the UK Post Office noted a further 37% drop in prices across the Marmaris region this year. This means you can spend a relaxing summer by the Turkish Riviera on nearly negligible daily expenses of USD 33.69.

When entering Turkey, all travelers must fill out an online form at most 72 hours in advance irrespective of vaccination status. Those who are vaccinated can, however, bypass a pre-departure testing requirement, while unvaccinated visitors must present either a negative PCR (taken within 72 hours of entry) or Rapid Antigen test (48 hours).

What Are Some Other Affordable – Or More Expensive – Summer Destinations?

Beyond the top 5, other destinations in Europe have also been listed as some of the most affordable on the ranking, including the Madeira archipelago in Portugal, Sliema in Malta, and Prague in the Czech Republic.

As for the most expensive destinations, Reykjavik in Iceland tops the ranking, where travelers must prepare to spend an average USD 203.85 per day. Puglia in Italy, Nice in France, and Majorca in the Balearic Islands of Spain also feature on the nether parts of the list. 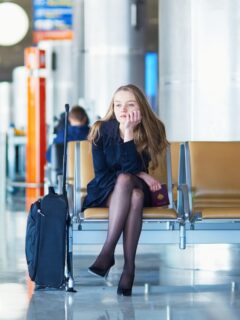 Previous
The U.S. Is One Of The Last Countries To Still Enforce Pre-Arrival Testing 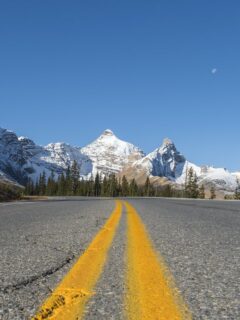 Next
All You Need To Know About The Travel App Created By Kevin Costner
Click here to cancel reply.