As demand for travel increases and the world reopens for tourism again, flight deals are becoming common once again. Celebrating its debut in the US, low-cost carrier Play Airlines has added to the competition by slashing prices by as much as 25% on flights to Europe booked between now and April 22.

With the discount, travelers on a budget who do not necessarily require the luxuries other full-service airlines offer can fly at an even more reduced rate to several destinations across the pond. But they must act quickly, as the discount only applies to tickets booked up to midnight on April 22, even if they will be used at a later date.

Here is all you need to know about Play’s irresistible offer and how you can secure your super cheap flight to Europe this summer:

Americans Can Fly To Iceland, Norway, The U.K., And Several Other Destinations With A Flash 25% Discount

An increasingly popular low-cost carrier in Europe, Play Airlines first announced its expansion to the American market four months ago, promising direct flights to a number of destinations around Europe for as little as $109.

While back then travel was still restricted, with most European countries yet to lift Covid restrictions, this has now changed dramatically.

An ever-expanding list of European countries is removing entry requirements fully, and Americans are again feeling confident enough to book international flights. Whether it’s Iceland, where Play Airlines is based, or a number of destinations in continental Europe, restrictions are becoming a thing of the past and Americans are taking to the skies again.

Play is aware of the renewed interest in Europe and is now offering a 25% discount on the various US-to-Europe routes. While the discount is only applicable until midnight on April 22, it can be used on flights booked from now up to June 10, or from September 1 to November 15.

Following its inaugural Baltimore/Washington International-Keflavik flight, scheduled for April 20, the airline will soon offer service to countless other European hotspots beyond Iceland. From Washington, D.C., Boston, and New York (Stewart), travelers will also easily be able to reach the following destinations:

Out of the destinations above, only Belgium, Germany, and United Kingdom still impose some Covid entry requirements, though vaccinated Americans can still enter both restriction-free. On the other hand, Denmark, Iceland, Ireland, Sweden, and Norway have fully scrapped Covid measures at the border and returned to their pre-pandemic travel rules.

When Will Service To Other European Countries Start?

Flights from Boston are due to start May 22, while New York Stewart will see its first Play fleet from June 9. The company is also reportedly expanding to other U.S. hubs, including Orlando, Florida, later in the year.

Travelers based in central New York wishing to benefit from the offer are advised to plan their journey carefully, as getting to Stewart Airport in time for the flight could prove challenging.

Additionally, while some routes will only be inaugurated at a later date, customers can already purchase their tickets in advance with the 25% discount until April 22. As stated on Play’s official offers page, the discount is per person and for individual flights.

Travelers have also been reminded baggage restrictions and other fees may apply, as Play Airlines is a low-cost carrier. Before booking, they are advised to check their baggage allowance and fare rules in order to ensure all their needs are met.

In an interview with TravelAwaits, CEO Birger Jónsson stated the airline is ‘thrilled to welcome American passengers for the first time’, highlighting Play’s ‘affordable fares and high reliability’.

According to Jónsson, while many airlines’ growth was hampered by the crisis, lower aircraft prices and more availability at key airports ‘have been critical’ in supporting Play’s business model.

Those interested can secure their discount tickets to Europe here until April 22.

Top 5 Busiest Airports In The U.S. and How To Beat The Queues 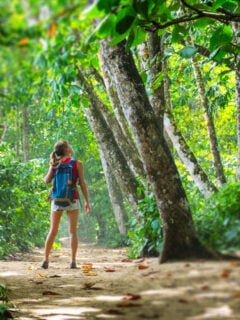 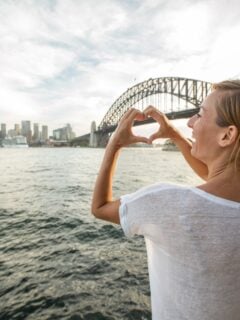