American Tourists Continue To Be Banned From Japan Despite Asia Reopening

Even though the continent of Asia has been finally lifting its overly restrictive travel rules, which kept most foreigners locked out for the best part of two years, Japan is one of a few with ‘no immediate plans’ to reopen for tourism.

In other words, American tourists are still banned from visiting Japan for non-essential reasons.

While other nations like Malaysia, Singapore, and Thailand have started lifting curbs, welcoming vaccinated Americans under less bureaucratic border regimes, Japan has yet to lift what many deem dated travel bans.

In doing so, the Southeastern Asian hub goes directly against the official World Health Organization’s recommendation.

Country Has Technically ‘Reopened’ To 106 Countries, But Only For Business Travelers

During the last two years of Covid, very few nations imposed such strict entry requirements. Besides tourists, those who were normally allowed to move freely between borders in order to carry out essential work, such as business travelers, also faced an outright ban.

Not even Europe, where movement was once seriously restricted, went as far as Japan has.

Earlier this week, Japan officially removed travel bans for certain categories of travelers, from 106 countries, which do not include tourists. This means that, while vacationers are still not allowed to visit, travelers from the U.S. with evidence their visit to Japan is necessary in order to conduct business, can again cross the border.

The decision will surely boost Japan’s slow economic recovery, especially after the country saw 40,000 companies go bankrupt due to harsh border measures. On top of that, the country will also begin allowing more international students to enter, signaling the end to an era of blanket travel bans on all foreigners.

Sadly, American tourists continue to be left out, as do Canadians, Brits, and other foreigners hoping to visit for tourism purposes.

No Date Has Been Agreed For Tourism Reopening

Following the country’s move to reopen, albeit shyly, for business, many hoped a decision on tourism would be made soon, until Prime Minister Fumio Kishida dealt a further blow to the sector, announcing ‘there are no immediate plans to reopen to tourists‘ for the time being.

As stated during a news conference, Mr. Kishida noted Japan has ‘no specific schedule’ for a tourism reopening, and no date has been agreed on, though the country will ‘make a decision after examining the Covid-19 infection situation and border control steps taken by other nations’.

This seems to suggest Japan may be considering aligning itself with other countries that have been dropping curbs at some point, though that is unlikely to happen in the near future as the country faces a new Covid surge.

Having enacted similar border measures, Australia and New Zealand have recently reopened for tourism, further isolating Japan as one of the last countries in the world to ban tourists.

What Measures Has Japan Imposed At The Border?

Currently, the country allows only 10,000 entrants per day, besides returning Japanese citizens.

In order to qualify for an exemption to the travel ban, Americans must also be foreign residents or students, or more recently, business travelers. Having close family ties to Japan or traveling for health reasons are not listed as official exemptions.

Japan’s visa waiver program, which up until 2020 allowed Americans to visit without applying for a visa, has also been suspended. Now, U.S. citizens hoping to travel to Japan for reasons other than tourism must submit an official application at a Japanese Consulate abroad.

Other Countries In Asia Remain An Option For Americans

While Japan continues to impose strict entry protocols, Americans may look elsewhere in Asia for facilitated travel, such as Vietnam or India. They should still beware that, overall, the whole continent is still adopting more conservative measures in their Covid approach, in striking contrast with Europe or Latin America.

Recently, the war in Ukraine has also made travel to Asia more challenging, as airlines are forced to avoid Russian airspace, adding extra hours and costs to already-expensive flights.

In fact, due to the ongoing conflict in Europe, some flight routes between Western nations and Asia have even been axed.

As the world struggles to contain a still-threatening Covid, and now adjust to a war-stricken Europe, travelers are advised to purchase travel insurance in order to be better equipped when faced with adversities, such as testing positive when abroad or flight cancellations.

Welcome Back To Thailand: Top 5 Places You Should Visit in 2022 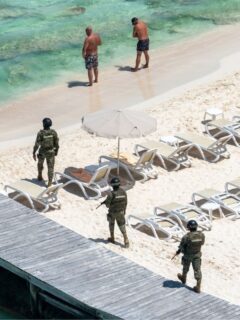 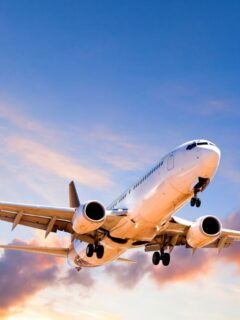 Next
Planning a Vacation This Summer? Your Best Bet Will Be To Fly
Click here to cancel reply.

I'm a Japanese Canadian. My mother lives in Japan by herself and she's almost 82 years old. I used to visit her every year with my Canadian husband, but I couldn't in the past two years due to COVID. Recently my mother's health started deteriorating and I was hoping to finally visit her this year. HOWEVER, now that all Canadians require a visa to enter Japan, I found out it's almost impossible to visit her. The requirements to visit a family member is mercilessly harsh, effort and moneywise. The visa information is not released on any Japanese government websites neither in Japanese nor in English. You need to talk to them on the phone and send them an email. We need tons of documents from the Japanese and Canadian government, a letter from my mother, and my mother's Japanese registered documents. We also need to visit one of the Japanese consulates, which there are only a few in Canada, in person. And, there's still no guarantee that we will be admitted. This is sad. FYI, Japan doesn't allow dual citizenship. I find the visa process a punishment to those who chose a foreign nationality.

During the Tokugawa period, Japan closed its border for 200 years. This period was the most peaceful time in Japanese history, and it also is the reason of why Japanese culture is so well preserved. Being a fan of Japanese culture, I actually wouldn’t mind if Japan was to close its borders for the next 200 hundred years again.

No suprise considering japan was shut for decades and was a closed off country before. They simply do not like foreigners. We are gajins to them.

The words ''foot'' and ''shoot'' and ''yourself in the'' spring to mind. I shouldn't think the Japanese people are impressed with this attitude. But then, they're not allowed to voice their opinions, just as we're not.

A lot of governments especially those in Asia have used the pandemic as an opportunity to rid themselves of foreigners and outside influence. Pre-pandemic the world was moving to more and more openness. Hopefully historically these pandemic moves will be seen as a short-term diversion rather than a long-term trend.