After two years of having completely sealing itself off due to the Covid pandemic, New Zealand will be finally reopening its borders this year, and even sooner than initially expected. According to Jacinda Ardern, the country’s Prime Minister herself, Americans and other visa-exempt nationals will be able to visit again from May 1.

New Zealand’s decision to ban all international travel from the onset of the crisis, while also not allowing its citizens to leave or those who were abroad to return without restrictions, has been controversial to say the least. Now, following months of criticism and mulling over the abolition of travel bans, the nation has finally set out a clear reopening path.

Americans Will Be Allowed Back Into New Zealand Sooner Than Expected

While New Zealand’s current government previously stated a July reopening was likely, they decided to bring forward the date and will now be welcoming Americans, and a number of other nationalities, back in from May 1. And what’s best: without its generally strict quarantine measures, meaning visitors will not be subject to isolation if vaccinated.

Beginning May, the Pacific nation is opening doors initially to tourists who are citizens of visa waiver countries, meaning those who do not need to apply for a visa before traveling to New Zealand. Countries and territories such as the United States, Canada, the European Union, the United Kingdom, Mexico, and several others are included.

Although visa-exempt foreigners will be allowed in, as long as they are vaccinated, pre-departure testing looks set to be an official requirement. While it is surely a positive sign that New Zealand is finally willing to come out of its bubble, the stricter entry rules likely to be put in place still leave it months behind other destinations in terms of pandemic management.

Over in Europe and the Caribbean, several countries have abolished all Covid entry requirements, going as far as welcoming non-immunized individuals under pre-pandemic rules, with no testing or post-arrival quarantine. For now, it seems unlikely New Zealand will take such a relaxed approach, at least during the first stages of its relaunch.

What Other Requirements Are In Place For Americans Visiting After May 1?

Before arriving in New Zealand, all travelers will be required to complete the online New Zealand Travel Declaration. On the form, they must submit valid proof of vaccination and the negative pre-departure test result. Accepted tests are RAT, LAMP, or PCR tests. Negative results are accepted within different timeframes, as described below:

The flag carrier Air New Zealand is also offering flexible booking options in case plans change. For those booking flights before June 30, 2022, there will be no change fees when postponing a trip, though the fare difference continues to apply. For more information, travelers are advised to check Air New Zealand’s website.

Upon arrival to Auckland Airport, travelers will be given two rapid antigen tests for free. They will be expected to self-administer a test after leaving the airport, with the first kit being used upon arrival, and the second on day 5 or 6. Those who test positive after performing any of these tests will require a further confirmatory PCR.

Should the infection be confirmed, they will be directed to quarantine. So far, the government is yet to outline precisely the quarantine measures that will be put in place in such cases, or whether tourists will be able to self isolate at their own accomodation. On the other hand, they have made it clear those unvaccinated and who are allowed to enter will still need to quarantine.

Under the rules to be enacted, the only unvaccinated categories allowed to travel to New Zealand are its citizens and ordinary residents. The nation is yet to announce a date for when Americans and other foreign tourists who chose not get vaccinated will be permitted entry. As things stand, it may be a while until that happens.

Although direct flights from North America to New Zealand existed in abundance prior to the pandemic, incredibly low demand caused by the latter’s total closure led to a number of routes being halted indefinitely. As the border reopens and airlines re-adjust their schedules, travelers from the United States and Canada will again be able to reach the Pacific hotspot.

Simultaneously, the current war in Ukraine could affect certain pre-pandemic flight routes, especially Asia and Pacific-bound European flights that are no longer allowed to fly over Russia. So far, New Zealand and Australia have not been particularly affected by the airspace bans in the Northern Hemisphere, though this is an evolving situation.

What About Non-Visa Exempt Travelers?

In an Instagram post, Prime Minister Jacinda Ardern shared her excitement regarding the border reopening, confirming that, as soon as April 12, Australian citizens will be able to visit again, followed by visa-exempt citizens on May 1. However, Ardern does not seem to have an official date for when the country will resume other formal visa applications.

According to her post, they are now ‘working through reopening dates for the rest of the world’, possibly to give New Zealand consular outposts across the globe time to resume their operations and start issuing visas once more. It is worth noting, again, that Americans, Canadians, Europeans, and Brits do not need to apply for a visa in advance.

They are instead eligible to apply for an online travel authorization.

What Is The Travel Authorization Americans Must Obtain In Order To Visit This Country?

Citizens of the aforementioned countries are eligible to enter New Zealand as soon as May 1, so long as they hold a valid NZeTA (New Zealand Electronic Travel Authority). This is not a visa, with those eligible being able to apply online through a simplified procedure. The NZeTA costs NZD $9 when requested through the official app, and NZD $12 on a web browser.

When applying, Americans are also required to pay an International Visitor Conservation and Tourism Levy (IVL) simultaneously to the NZeTA. The fee is NZD $35, bringing the total amount to be paid in order to obtain the visa-exempt authorization to NZD $44 (through the app), or NZD $47 (through a browser).

Is There A Chance A New Australia-New Zealand Travel Bubble Will Be Formed?

Similarly to New Zealand, Australia is also reopening, though rules vary between different destinations inside the country. During certain stages of the pandemic, both countries formed a Trans-Tasman travel bubble, making it possible for travelers within their airspace to transit between one and the other freely.

Although a success at first, it was suspended once Covid cases started spiralling out of control again. So far, we still do not know for certain whether Australia and New Zealand will team up for this initiative again and create a new restriction-free travel zone for all travelers.

For further information and official updates, visitors are advised to check the country’s official website. 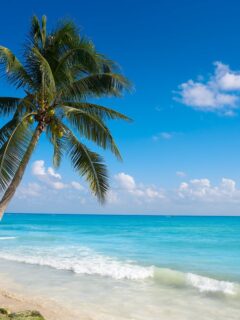 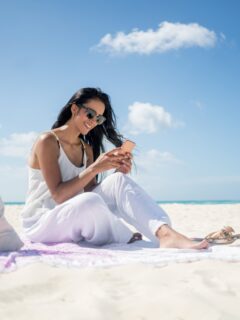 No to Australia and New Zealand with their forced vaccine crap. Never ever going there

Jack of all traits

Jacinda Ardern put his people through tyranny for years. Never ever stepping foot into this country until he is gone.

@Jack of all traits, You mean *she* is gone. ;-) And agreed: NZ made it clear they don't dirty foreigners in their country. I'll never go there, ever.