The construction of the new Mayan train (Tren Maya) project in Mexico has been temporarily suspended following a judge’s order in court.

The suspension relates to the construction work of ‘section 5’ of the Mayan train project, which is a southern stretch of the train project’s route – which is expected to connect the popular tourist hotspots of Cancun and Tulum.

What Are The Reasons Behind The Suspension?

The reason behind the temporary suspension of this particular section of Mexico’s mega train project is due to the potential environmental damage that construction could cause in that area.

Environmentalists, along with a group of cavers – had claimed that if the planned construction was to continue on that stretch of the track – which runs along a distance of around 120km – this would see many trees cut down as a result, as well as vast irreversible damage to the caves that are situated there.

And, a judge has since agreed with the above claims – stating that insufficient environmental studies had been undertaken relating to the construction of ‘section 5’ of the route – which would transport passengers from Playa del Carmen to Tulum.

Construction work on this section of the railway’s planned route is set to be paused – until further studies are undertaken – which will analyze the potentially destructive impact of the project on the surrounding environment.

What Is the Mayan Train Project?

The Maya train project, also known as ‘tren maya’ en Español, which was first announced in 2018 – is a planned 1,525 kilometer railway that will run through the Yucatan peninsula.

It will run along two routes that circle the peninsula of Yutican – and allow passengers to travel to some of the more popular tourist hotspots in the Mexican Caribbean, as well as offer visitors the opportunity to visit many of the nation’s less touristy areas.

This includes connecting travelers to some of Mexico’s Mayan sites – which is where the train project got its name from.

There are plans for the Maya train to accommodate tourists, locals and cargo with dedicated rail cars.

Where Will You Be Able To Travel To With The New Maya Train?

The planned route of the new Maya train railway will pass through five regions in Mexico – which are Quintana Roo, Campeche, Yucatan, Chiapas and Tabasco, with over 18 stops in total.

Here is a list of each of the cities in the above regions – where you will be able to catch the train:

As mentioned already, the planned route of the Maya railway route will offer visitors the chance to stop off and check out some of Mexico’s Mayan sites.

This includes the likes of the largest archaeological site of the pre-Columbian Maya civilization in the Yucatan Peninsula, Chichén Itzá – which is a hugely popular ancient site that welcomes thousands of tourists on a daily basis.

The new train route will also allow passengers to vertically navigate the Riviera Maya – which is sure to prove a popular option among travelers.

When Is The Mayan Train Project Expected To Be Completed By?

The Maya train project is expected to be completed towards the end of 2023,

Although, as of yet it is not known whether the suspension of the construction of ‘section 5’ of the route will delay the project’s completion.

How Much Will The Maya Train Project Cost?

The Maya train project is expected to cost an estimated USD 7.4billion to complete.

Just a few months ago we reported that Mexico had joined the likes of Belize, El Salvador, Honduras, and Guatemala in launching a variety of new tourist routes – which aim to facilitate easier cross-border travel for visitors, as well as improve the overall connectivity between nations in the region. 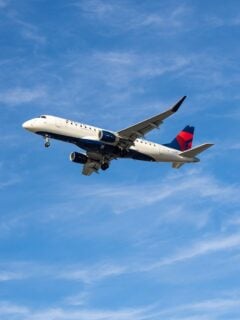 Next
U.S Cruise Lines Must Give Passengers Refunds For Cancelled or Delayed Sailings
Click here to cancel reply.

Why promote this horrible idea...

Its going to destroy some of the largest most beautiful cave systems in the world. Its only being built due to large government bribes to local people...

On your original article about this in February 2021, I commented:

Ain’t no train in Mexico being built in a year. If ever.

This would be a nice route, but I doubt it can be finished by 2023 if they haven't yet done any of it. Maybe you meant that it should start in 2023.