The global aviation and hospitality industries have had a tough summer so far, but Europe has been especially affected. Travel demand has shot up as society moves beyond the pandemic era, and airlines, hotels, and service industries are struggling to keep up. Staff who were let go or furloughed during Covid haven’t returned to the sectors after moving on to better jobs, and many employers can’t hire enough people to keep up with demand. However, several initiatives are taking place in Europe to try to alleviate some of the chaos of traveling this summer.

In the United Kingdom, the Department for Transport (DfT) has changed laws regarding the recruitment of aviation staff. This comes after they explained the reasons for disruption to airlines and airports: pent-up travel demand, staff shortages, and the amount of time required to run background checks and train employees before they are allowed to begin work. As the DfT has no control over consumers’ demand for travel, they have decided to try to solve staffing problems, scheduling problems, and the time required for new employees to begin.

The first part of their initiative outlines expectations for the aviation industry regarding a realistic schedule. Five expectations are specifically laid out in the report. Schedules are to be evaluated to ensure they are achievable, all staff are expected to work together on resilience planning, travelers have to be advised of their passenger rights in the event of a disruption, there can be no compromise in security or safety, and assistance must be given to disabled or less abled passengers. These expectations come after several airports in Europe, including London Gatwick and Amsterdam Schipol, have announced plans to limit flights for the summer.

As for staffing shortages and background checks, the UK has made several changes. To attract new talent, they have launched the Aviation Skills Recruitment Platform and the Talentview Aviation platform to target colleges and universities. The most significant change announced is a law change that allows the aviation industry to utilize new staff more quickly. According to the DfT, the change has meant that accreditation checks are finalized in five days or less, and counter-terrorist checks are finalized in 10 days or less. This is a significant improvement and is half the average times from March.

In a similar fashion, many hotel brands based in Europe are loosening hiring standards in order to hire more workers. One hotel brand, Accor, is trying to acquire 35,000 new employees to staff their hotels in over 110 countries. In France, the company is weathering the storm by limiting services and allowing migrants and younger people to fill roles. “We tried in Lyon and Bordeaux ten days ago and this weekend we’re having people interviewed with no resume, no prior job experience and they are hired within 24 hours,” said Chief Executive Sebastien Basin at the Qatar Economic Forum in an interview with Reuters.

Echoing the pains seen in France, Spain and Portugal are also struggling to recruit and retain staff amid rising tourism. José Luiz Yzuel, president of Hospitality in Spain, has said that the solution will surely be more pay for workers. Indeed, Spain has seen a significant wage increase for restaurant and bar workers in the first quarter of the year. Growth in wages was higher in the restaurant, catering, and hotel sectors than it was in any other sectors, according to a press release from the Instituto Nacional de Estadística (Statistics National Institute) in Spain.

A similar pattern is unfolding in Portugal. According to a press release from the Banco De Portugal (Bank of Portugal), the accommodation and food services sector separates itself from other sectors by having the most significant expected wage acceleration for 2022.

While the above countries continue to develop new tactics to meet the rising demand for travel and tourism, the rest of Europe is undoubtedly working on their own plans to alleviate the current chaos facing the travel industry. When heading out for a vacation this summer, travelers should plan for the unexpected. Travel delays, cancellations, and changes are the current normal for the industry. Hopefully, however, the improvements above and more to come will bring stability to future travel plans. 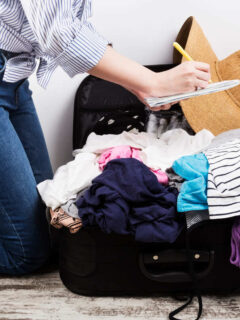 Previous
Don't Check A Bag Right Now! Here's What You Can Bring In Your Carry-On 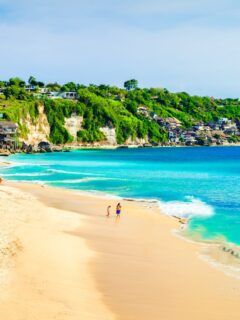 Next
Bali Will Not Require A Booster For International Travel
Click here to cancel reply.

So all the staff didn't return because they "found better jobs"?