Shortly after Amsterdam and London’s airports announced they would add a capacity cap in order to help air traffic operators cope with the surging travel demand, Germany’s busiest airport has announced it will be joining them in limiting daily flights. If you’re due to fly via Frankfurt International in the coming weeks, we advise you to check your flight status ASAP.

Since summer started, European airports have been under severe pressure as passenger numbers skyrocket unexpectedly, at a time when staffing constraint is widespread, directly impacting operations and resulting in other operational issues. Now, yet another airport, one of Europe’s best equipped, has reached a tipping point:

Europe’s Summer Of Travel Chaos Has No End In Sight

The lifting of Covid rules has opened the travel floodgates after they remained shut for the better part of two years. Travelers again have unrestricted access to the world’s top tourist destinations, from the sunny Caribbean to the History-packed Europe. One major downside? The industry wasn’t at all prepared for what turned out to be its busiest summer in years.

It seems like the mass redundancies both airlines and airports resorted to at the peak of the pandemic has come to bite them. Even though confidence in travel has been reinstated and millions of people are now looking forward to flying again, there simply isn’t enough pilots, flight attendants, air traffic controllers and even border officers to manage the unprecedented influx of passengers.

As a result, two thirds of European airports are experiencing some kind of disruption, whether it’s multiple flights delayed or cancelled or logistical challenges. Not even Europe’s busiest hubs, which were supposed to be better prepared for such events, have come out unscathed. They are, in fact, among some of the worst for delays in the whole continent.

This is why Frankfurt has been forced to take urgent action. Since July 19, Germany’s main international airport has a new flight limit in place. The number of take-offs and landings is limited to 88 per hour, meaning airlines will not be allowed to increase frequency on Frankfurt routes for the time being, and will be forced to trim down their schedule with immediate effect.

To put it simply, a series of cancellations is due.

Frankfurt Hopes The Hourly Cap Will Help Stabilize The Situation

Jens Ritter, Lufthansa’s CEO, praised the move, stating that Frankfurt Airport still suffered from reduced staff and resources even after an increase in capacity for ground handling services, and multiple schedule reductions. Flight cancellations will, of course, be a byproduct of that, but that is a price the airport is willing to pay to normalize the situation.

Those will help ‘stabilize’ things and contribute to an ‘even reduction’, in Ritter’s words, with the revised flight schedule better reflecting the new reality. Right now, passengers traveling into or out of Frankfurt International are advised to check their flights have not been axed, or changed to a later time or date, following the introduction of the hourly cap.

Not all airlines will be happy with Frankfurt’s short-term solution to the problem, though. Just last week, Emirates publicly rebuked a similar decision by London Heathrow, being one of several major airlines whose summer plans were disregarded after a 100,000-daily flights limit started being enforced.

Emirates defiantly opposed Heathrow, stating it planned to operate as scheduled and calling the airport ‘unreasonable’. The rhetoric has since changed, and the UAE’s flag carrier have agreed to cooperate over the next couple of weeks in smoothing operations, but the news coming from Frankfurt will surely not go down well with them – or any other more critical airlines, for that matter.

So far, no major carrier has rebelled against this new flight limit. Additionally, as things stand, Frankfurt is enjoying its busiest month since Covid was declared a pandemic: in July, a total of 5 million passengers used it for travel, still 24.1 per cent lower than pre-pandemic figures, but a whopping 181 per cent increase year over year.

Flying Abroad This Summer? You Better Get Insured

Worried about cancelled flights? You can always get insured ahead of traveling. We may not be able to predict which routes will be cut and which will not, but we can minimize our own risks of being left with no compensation, or without assistance if we’re affected.

U.S. Dollar & Euro Hit Parity But It Wont Save You Much On Your Next Vacation 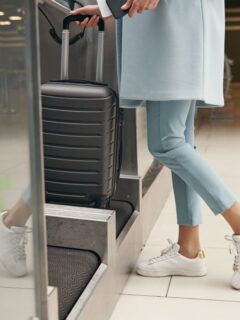 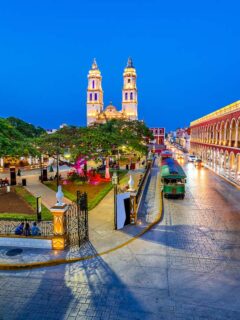 Perhaps politicians and airport operators should be fired as they are clearly not capable of doing their job?

I just returned from Frankfurt. Every flight was absolutely full. Most flights were slightly delayed because it was taking longer than planned to load baggage. Getting through customs was breezy. If Frankfurt would add more staff, airlines would put on more flights. German trains are also running on an unreliable schedule because of staff shortages to man the trains, or fix the trains and lines. Maybe some of the recent newcomers to Germany would like to train for a job in the transportation industries.