If you have been dreaming of going on a vacation now that most Covid restrictions have been lifted, you might want to hold off on those bookings until summer’s over. Tickets may be incredibly expensive now, making both domestic and international travel a luxury many cannot afford, but this trend could be over sooner than we expected.

After a chaotic start of summer, which saw multiple countries lifting restrictions simultaneously and airfares surge by more than 50% due to the high travel demand, the industry is now cooling down once again as airlines slowly adjust to the new reality. As surprising as it might sound, air travel could be getting somewhat cheaper than it is now.

Still skeptical about that? Allow us to explain why:

Inflation Is Limiting Demand And Causing Airfares To Drop

According to the Bureau of Labor Statistics, while inflation in the U.S. rose by 9.1% in June, causing further hikes in consumer prices at the fastest rate in over four decades, airfares were actually ‘one of the few’ categories to observe a drop, albeit slight. To be more specific, flight tickets had got 1.8% cheaper in June compared to May.

It may not be pronounced, but it is proof the aviation sector is finally re-balancing after struggling through a couple of chaotic months with limited staff and airport bottlenecks. Comparatively, increases were noted in a majority of other sectors, from rental costs and energy – up 0.8% and 7.5% in June, respectively – to the food index (up 1%).

As reported by CNBC, and we’re sure all our readers will agree, ticket prices normally ‘dip’ when the high season ends, a period comprising the hot summer months from June through September. That is when children are home and families tend to go on vacation, pushing up demand and, more recently, prompting airlines to limit ticket sales on some of the busiest routes.

However, as soon as October, when holidays finish and the fourth yearly quarter begins, the influx of travelers immediately eases, something that has traditionally led airlines to decrease fares in response to an anticipated decline in revenue. Many believed 2022 would be an exceptional year in that regard, but the numbers we’re seeing point to the contrary.

July Flights Are Already Cheaper Compared To May

Air fare tracker Hopper supports these findings: as of July 14, round trip flights within the U.S. reached a $375 average, down from $413 in May, when they were at their highest. Although July figures still mark a 13% increase compared to 2019, namely the pre-pandemic reference period, fares have in fact dropped in spite of more pessimistic earlier forecasts.

Hopper’s latest report concerns domestic travel in the United States only, and does not include data from international travel. One thing is clear, though: now that inflation is limiting purchasing power, summer airfares could be close to peaking, if they haven’t already. As assessed by Adobe Analytics, bookings were already down 2.8% in June compared to May, and that’s excluding July.

This might explain why airlines have started progressively reducing their fares, as evidenced by the aforementioned studies. Should the month-on-month reduction be maintained, and as air traffic becomes less congested moving into the fourth quarter, it is getting increasingly likely travel will become more affordable in the quieter fall and winter months.

Why Is Traveling In The Low Season The Best Option?

Right now, booking a trip in the low season is your safest bet when it comes to saving money, especially on trips to Europe, where a 7.6% inflation rate is destabilizing the economy. This is, of course, an estimate based on data presented by airfare analysts and our own interpretation of the current trends – it is by no means a guarantee.

Conversely, Delta CEO Ed Bastian stated airlines cannot ‘satisfy’ the urge of travelers who have been forced to stay at home for the better part of two years in a single ‘busy summer period’. As a result, he expects ‘pent-up desire to travel’ to remain. Seeing that Delta is planning to limit flights throughout 2022, this could in fact freeze prices when they are higher than usual.

As you might have guessed, it’s all a waiting game. You can either book that long-awaited vacation now and join the millions of Americans lining up for delayed flights at airports, or give it some time and perhaps benefit from better deals in the fall. If flights indeed do not become more affordable, as the trend suggests, you should in the very least experience far fewer crowds.

Other reasons why you should travel later in the year instead of summer:

*Certain destinations in Europe, for instance, offer discount tickets for a number of museums in the low season (e.g. in Athens, Acropolis tickets are half the price from November 1 to March 31) 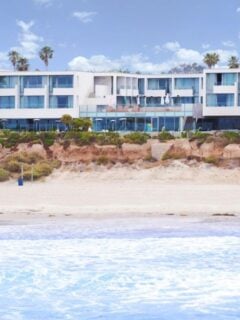 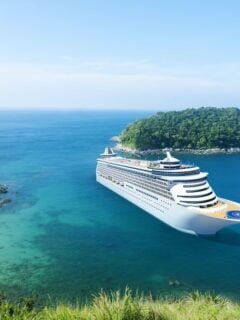