After the EU announced tourists will be subject to new travel rules from 2023, requiring them to apply for a permit to visit the Schengen Area, the U.K. decided to introduce its own pre-entry clearance scheme. Pretty soon, Americans visiting Britain will have to pay a fee, or else they won’t be allowed to board their flights.

Initially adopted only by a handful of countries, including the United States, Canada, Australia and New Zealand, the so-called Electronic System for Travel Authorization is becoming increasingly popular among countries that have historically struggled with a strong immigration influx, especially in Europe, where cross-border movements are frequent.

Now, the U.K. has joined other Western countries in tightening surveillance:

The U.K. Is Tightening Security At Its Outer Borders

Ever since Brexit took place, the U.K. Government has clamped down on immigration, drawing support from more Conservative British voters and harsh criticism from opposing parties. Home Secretary Priti Patel has been at the forefront of the country’s new border policies, having enacted a series of measures to strengthen security, as she claims.

One of these new policies is the introduction of a new ‘Permission to Travel’, set to be trialed in 2023 and fully implemented by 2024. Basically, all foreigners who do not need a short-term visa to enter the U.K. – that includes Americans and Canadians – will need to apply for an ETA (Electronic Travel Authorization) before traveling.

Tourists will be able to apply for an ETA through the U.K. Government’s official website, though the system is not yet operational. They will be required to provide biographic, biometric and contact details; on top of that, visitors will be given an online questionnaire to fill out, including a short set of ‘suitability questions’.

We do not know as of yet what kinds of questions will included on this questionnaire, but travelers may be required to disclose personal information, including criminal records and travel history. An ETA will cost £18, or close to $21, and its validity period is unknown. Other similar permits issued by other countries remain valid between 2 and 3 years.

This Is Not A New Visa For American Tourists

It is worth noting this is not a visa: Britain’s new scheme applies only to non-visa nationals, namely those who have been allowed to enter the country only with their passports so far. Nationalities requiring a visa (e.g. Turkish, Serbian, Colombian citizens) will still need to apply for one at a British Consulate in their country of residence.

Naturally, Americans who are also U.K. citizens are exempt from this new requirement, as are Irish passport holders, due to the U.K. and Ireland’s Common Travel Area agreement. Permanent U.K. residents, as well as those holding a long-term resident visa – a U.K. visa issued for longer than 6 months – are also exempt.

When Will The ETA Be Introduced?

The ETA will be trialed as soon as March 2023, with the following nationalities being the first to require an authorization to travel:

The U.K. Government has stated ‘it could be’ introduced for the rest of world before the end of 2023, although the official, wider launch is set for early 2024. As the Home Secretary revealed, the plan is to ensure the U.K. has a border that is ‘fit for the 21st century’, allowing legitimate tourists to enter the country easily ‘while maintaining national security’.

Is U.K. Travel About To Become A Lot Smoother?

Additionally, Mrs Patel is planning to introduce ‘contactless’ travel corridors with some of Britain’s closest partners, and that could include the United States and Canada. In sum, eligible Americans and Canadians may soon be able to visit the U.K. without speaking to a Border Force agent first, or even using an eGate, by means of facial recognition technology.

While more details have not been shared, we understand that the intention is to reduce lines at the borders and offer genuine tourists a smoother travel experience. Once these travel corridors open, Americans will still need to submit their biometric, personal information and apply for an ETA prior to boarding their flight, as part of a ‘pre-screening’ process.

The ETA will be an official requirement in all 4 U.K. nations: England, Scotland, Wales and Northern Ireland. As part of the Common Travel Area, other British Crown Dependencies – the Isle of Man, Jersey and Guernsey – will likely enforce the scheme. It is unclear, at this point, whether travelers visiting British Overseas Territories like Gibraltar will need ETAs. 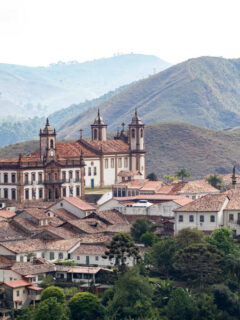 Previous
4 Incredible Off The Beaten Path Destinations In Brazil 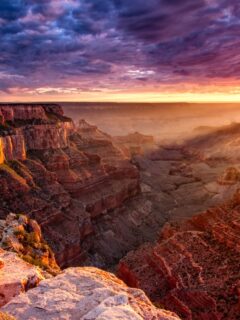 Next
7 Most Popular RV Destinations For Summer 2022, According To RVshare
Click here to cancel reply.

Sorry, world... This is the current govt 'getting 'Brexitsh*te' done and reciprocating the EU's scheme.

I realise the EU were reciprocating the US one ...

Our govt's have gone mad (

LHR can't manage to operate at 50% capacity, and the UK decides more bureaucracy is needed..