Canada Is The Only Country In The World Adding Travel Restrictions

Covid may no longer be the serious health emergency it once was, largely due to herd immunity and vaccination, but instead of dropping all travel rules collectively, some countries continue outpacing other slower ones. In the Western Hemisphere, Canada is one of a very few that is not only keeping strict border regulations in place, but adding even more.

In recent weeks, countries like Malta, Greece and the British Virgin Islands have all eased restrictions, with Greece going as far as allowing infected tourists to bypass quarantine and carry on traveling as they wish. Even Australia, where Australians themselves had difficulties returning to, has fully reopened for tourism without any health-related requirements.

Interestingly, Canada is not jumping on this bandwagon:

At a time when strict travel rules are becoming a thing of the past, North America’s leading nations are staunchly refusing to join their counterparts in moving on from Covid. Canada may be the one making headlines lately, but the United States has also repeatedly refused to lift its remaining Covid curbs, including that of mandatory vaccination for tourists arriving in the country.

The White House has given no indication as to when the country will start treating Covid as endemic, and while the lack of transparency, and a clear reopening plan, may be a nuisance to restriction-wary travelers, the situation is more complex North of the border. After all, as long as they are vaccinated, tourists can still enter the U.S. largely stress-free.

In Canada, the reality is a tad more complicated: two and a half years into the pandemic, Canada still considers travelers a potential health threat. It does allow fully immunized individuals to enter without pre-departure testing or quarantine, a privilege not extended to the non-immunized, but it has not yet removed its much-criticized random testing policy.

This means that, arriving in Canada today, all travelers are subject to mandatory random Covid test on arrival. Should they be selected, they must undergo the procedure at off-site testing booths, adding to the series of travel woes affecting air passengers in Canada – including a wave of flight cancellations and disputes with Canadian airlines.

The measure had been paused momentarily at the peak of the travel season, in a bid to ease congestion at airports and give staff under pressure some breathing room, but instead of making the change permanent, Canada quickly reinstated them after only a month. Naturally, Government opponents decried the move.

IATA Has Officially Joined Government Opponents In Criticizing The Move

Some of Ottawa’s fiercest critics told CTV News there is a ‘lack of science’ behind the decision, and now IATA – the International Air Transport Association – is joining them in denouncing the Government’s inflexible policies. In fact, IATA has been clear these are now ‘out of step’ with the global trend, and are ‘partly’ behind the recent struggles plaguing Canada’s aviation sector.

According to Peter Cerda, the Association’s Vice President for the Americas, Canada is now a ‘total outlier’ in managing Covid and travel. Cerda claims that, while other countries are ‘rolling back restrictions’, Ottawa is stubbornly reinstating them, possibly referring to the return of random testing at some of the country’s busiest airports.

‘The Government should follow the lead of its peers, including, for example, Australia‘, adds Cerda, citing Australia’s infamously tough stance on travel at the early stages of the pandemic, and that has now been completely abandoned. He concludes that, by ‘throwing more red tape at the pandemic’, those in power are actually keeping tourism from recovering.

The data coming from cross-border associations in the U.S. and Canada, such as the Peace Bridge Authority and the Niagara Falls Bridge Commission, all support Cerda’s assertions. According to them, traffic levels going into Canada remain roughly at half of pre-pandemic levels, hurting border communities and local Canadian businesses the most.

IATA Expects Ottawa To Fall In Line Sooner Rather Than Later

IATA is openly at loggerheads with the Government of Canada over their overly restrictive mandates, and are calling for:

*IATA officials believe Canada’s ArriveCAN app, where internationals arrivals are expected to upload personal and health information, should be used solely for ‘customs and immigration purposes’, not for storing or validating health, vaccine, or any Covid-related information.

IATA believes that scrapping the above will help Canada’s aviation sector recover sooner, and significantly reduce delays at the border. Currently, airlines are required to provide a list of passengers who have filled out their ArriveCAN form up to one hour after departure to Canada, further limiting resources and taking up staff’s precious time.

Canadians Themselves Are Not Too Happy Either

On top of that, Canadians themselves are extremely displeased at how their representatives are handling the situation. The latest Ipsos poll, released on July 15, gathered that only 37 per cent of respondents agreed the Federal Government is ‘doing enough’ to tackle the delays and cancellations. The vast majority of Canadians, or 63 per cent, disagree.

So far, Ottawa has proven to be unyielding, and much like their partners in Washington, has not set out a clear path towards the endemic phase of the disease. The Canadian Government has also not responded to IATA’s remarks. As of July 2022, in order to enter Canada, foreigners need to fulfill all of the below:

*Tourists – including American citizens not residing in Canada – can use this link to find out whether they are eligible for travel or not. 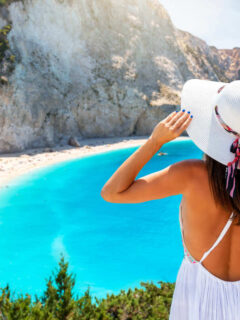 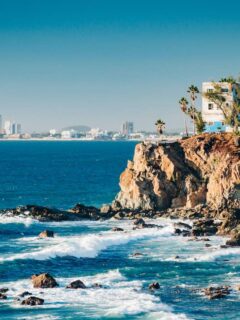 Next
U.S. Issues New Alert For Americans Traveling To These 2 States In Mexico
Click here to cancel reply.

It deeply saddens me to see once proud Canadians cower in fear and imbibe government propaganda like it’s a magical talisman that will protect them from the dreaded Covid Boogeyman. This American has always admired Canada for being more free and openminded than most Americans, and we’ve always stood together as siblings (with a healty bit of rivalry). How fall and how fast you have fallen and given into fear and so willingly thrown away your independence and love of freedom, all for a mess of government pottage.

I weep for you, almost as much as I weep for our own nation.

Nope..the U.S. is closed to the unvaxxed too..unless you’re a tennis player.

You have to be nuts to travel there for tourism until they drop this nonsense. Especially with the new random tests again.

Being a Canadian, all I can say is THANK GOD! Our healthcare system was crumbling even BEFORE COVID happened so we literally CAN NOT afford to be careless

@John, why do think that the new measures will help Canada to be more careful?

@John, I’m very sorry that you have no clue what’s really going on. Obviously you watch a lot of Trudeaus news channels and believe everything he says. Soon everyone on Canada will either work for the government or receive money from the government.

Next up, climate lockdowns!