Prospective travelers have been dealt a further blow this week with the news that Air Canada is now canceling over 9000 flights this summer, leaving the travel plans of thousands of people in jeopardy. The announcement was made just yesterday, with the Air Canada’s CEO sending an email to customers of the airline, and is set to leave those with travel plans this summer scrambling to find out if their flight is affected and what they can do if it is.

What was once looking like a positive summer full of travel after years of pandemic related disruptions now looks as though it will descend into chaos, with Air Canada the latest of several airlines to announce sweeping cuts to their planned summer flight schedules. Here’s a look at Air Canada’s decision to trim more than 9000 flights this summer, including why it is happening, which type of flights are set to be affected and where customers stand with regards to compensation.

The sheer number of cancellations affecting various different airlines across North America has left the so-called record breaking summer of travel at risk of even taking off. Due to myriad factors, airlines on both sides of the US-Canada border have been forced to delay or cancel thousands of their flights, as they struggle to match the increasing demand for flights from the travel-starved populace – and Air Canada is the latest to disappoint.

Air Canada is set to substantially lower its overall flight offerings this summer. At present, the Canadian flag-carrying airline is currently operating around 1,000 flights per day. However, it has plans to reduce this figure by an average of 154 flights per day throughout the months of July and August – a move that will reduce their overall number of flights offered this summer by more than 9,000, a significant reduction.

The cancellations come as there is a major strain on the aviation industry, brought about by the sheer number of travelers flying at present. The unprescented number of travelers choosing to fly this summer has left the airline unable to provide customers with their normal standards of care, leading them to make the decision to cut flights to preserve a higher level of service. In his letter to customers, Air Canada’s President and CEO Michael Rousseau wrote that whilst many of these issues were anticipated and planned for, the airline must still cut thousands of flights in order to maintain its operational stability and reduce passenger numbers to levels that the airline can accommodate.

Some flights are set to be more affected by the cancellations than others. Amongst the routes that are the most affected are flights to and from Toronto Pearson International Airport and Montréal-Pierre Elliott Trudeau International Airport, and in particular flights that take part during the evening and late at night on Air Canada’s smaller aircraft. Some routes are to be cut altogether, such as the routes between Montreal and Pittsburgh, Baltimore and Kelowna, and Toronto and Fort McMurray.

It’s not all bad news for travelers. It’s expected that the latest cuts will only affect domestic flights, with no reductions planned for the airline’s current international flight offerings. Air Canada has slowly been rebuilding its international flight network, and last week it became the first airline to offer a non-stop flight to Thailand in ten years when it announced flights between Vancouver and Bangkok starting in December.

Thankfully for travelers, those who are scheduled to be on flights that are canceled by Air Canada will get their money back. According to the airline’s policies, travelers will be either rebooked on to another flight or offered the chance to receive a full refund. On top of this, the Canadian government announced last week that it would ensure travelers would receive reimbursements for all canceled flights, regardless of the reason for the cancellation – making sure that travelers are well protected as we head into an uncertain and chaotic travel period.

Cheaper To Fly Or Drive This Summer? This New Calculator Will Tell You 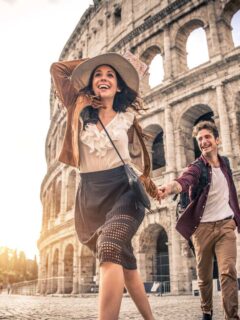 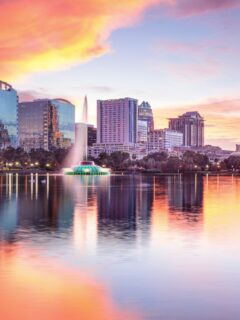 Next
Top 8 Off The Beaten Path Things To Do In Orlando, Florida
Click here to cancel reply.

They not only got billions in bailout money from the corrupted Trudeau Government, and laid off thousands of pilots and land personnel breaching the conditions of the bailouts, but also they've got money from Canadians' purchases of flights they knew in advance they would not be able to serve. This is a scam figure!

Air Canada international flights have also been disrupted. Our daughter's flight from Portugal thru Montreal to BWI was canceled. It took over two hours to rebook her flight back to the States, arriving at Dulles. No remuneration.