Ever since the world reopened and countries started dropping their once-harsh entry regimes, travel demand has soared, with numerous territories reporting passenger numbers equal to, or even higher than the pre-pandemic years. That is the case with tourism giants like Mexico, where 40 million tourists are expected this year alone.

Sadly, Mexico’s stellar comeback has not been replicated by its North American peers. The United States and Canada are two countries that, despite being close partners, continue to restrict cross-border travel and are yet to rise from the Covid ashes. Even after two years of living with this virus, US/Canada travel remains incredibly limited.

While they initially stood with their respective governments in enforcing the infamously strict entry rules, now even border authorities are getting increasingly worried with the dwindling traffic levels:

The Western World Would Have Fully Reopened, Were It Not For The U.S. And Canada

Throughout the crisis, both the U.S. and Canada enacted measures some may say were draconian. From banning certain nationalities from entering under any circumstances, to requiring negative tests even after vaccines became available, America’s northernmost nations have taken an evident conservative approach in their fight against Covid.

Only recently, the US lifted its much-criticized inbound travel testing requirement, which applied to all international arrivals including American citizens, after months of stoking travel uncertainty. Canada also removed a controversial ruling that prohibited unvaccinated Canadians from traveling at all, but these still do not go nearly far enough.

The fact is: both the US and Canada have the strictest entry regulations in place right now in the Western World. As most of Europe resumes tourism and grants access to all, irrespective of vaccination or testing, North America’s leading economies are becoming more and more isolated with every passing day.

Even Australia has now dropped all curbs.

Travel Between U.S. And Canada Remains Limited Due To Strict Border Rules

Unsurprisingly, travel between the US and Canada continues to be heavily controlled, taking into account they share the longest land border in the world and border crossings, once simple procedures, have become a source of anxiety and stress. This will not change anytime soon, as these nations have failed to start reopening discussions.

In fact, Canada extended its border regulations until September 30, meaning Americans entering the country will still be required to download the ArriveCan app, and of course, be fully vaccinated in order to enter the country. Similarly, the US has given no indication as to when vaccine requirements for foreigners will be dropped.

As a result, the once-smooth US/Canada travel bubble has been lagging behind Europe’s, and even Western Asia’s swift recovery. Meanwhile, the tourism industry bears the brunt of these inflexible rules alone: Beth Potter, CEO of the Tourism Industry Association of Canada, has revealed tourism spending has only reached 50% of pre-pandemic levels.

Additionally, the number of overnight stays fulfilled by foreign travelers, including Americans, has dropped by a bewildering 89%. These numbers translate into actual losses for hard-working Canadians: we have received reports of several business owners that are struggling to get back on their feet due to the lack of tourist dollars:

One of them is Ed ‘Tripp’ Parmiter, a renowned maritime artist and gallery owner in Annapolis Royal, Nova Scotia. Before Covid began, tourists regularly stopped by Tripp’s Gallery to browse his extensive and diverse collection, but they have become fewer and fewer as rules tightened and visiting Canada became synonymous with excessive bureaucracy.

Tourists are advised to use this tool to find out whether they are eligible to enter the country, but unless they are vaccinated, they will find out they remain barred from setting foot an inch North of the border. Back to Tripp, he tells Travel Off Path gallery visits are still down 65% compared to 2019, offering another dispiriting comment: ‘Americans just haven’t returned‘.

Besides the precipitous drop in tourism revenue, Tripp adds that his plans of expanding have been curtailed: ‘I had opened a second gallery called Oceanside Gallery in Cornwallis Park, but have since laid off the employees and listed it for sale‘. Now running it by himself, he concludes that ‘an influx of American tourists’ would surely help the business.

Small Businesses Are Paying The Price Of These Overly Strict Policies

According to the Peace Bridge Authority and the Niagara Falls Bridge Commission, two authorities governing one of the most important border crossings, revenues are ‘plummeting‘ almost three years into the pandemic. In their joint report, they have decried the national governments’ decision to turn a blind eye to the pressing issues.

These authorities reiterate that small businesses like Tripp’s are paying the price as traffic levels remain ‘about half of pre-pandemic 2019’. Other officials and stakeholders based in Buffalo and other border areas have voiced their own concerns, especially after the relaunch of train service between the two countries has not proved sufficient to boost travel.

They have stated that local economies depending on cross-border visitors are still suffering due to restrictions imposed both by the White House and Ottawa, which lead tourists hoping to experience a sense of ‘normality’ when traveling to avoid overly strict destinations altogether – like Canada.

Congressman Brian Higgins, representing the cities of Buffalo and Niagara Falls, New York, has added that ‘border communities in the US and Canada are not nearly where they should be’, calling existing border measures a ‘redundancy’ and ‘obstacles’ they need to get rid of. So far, neither American nor Canadian leaders have responded. 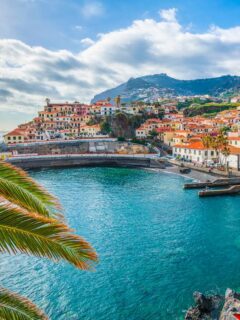 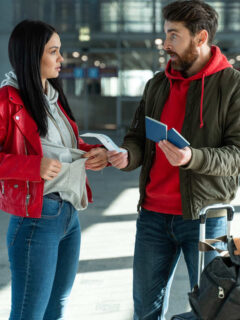 Next
Delta May Offer You $10,000 Dollars To Get Off An Overbooked Flight
Click here to cancel reply.

If it were truly about safety there wouldn't be a statement from the white house stating that Ukrainians are exempt from the vaccine mandate! I live in the USA and unfortunately haven't seen my family for three years because of these sociopaths. Because my parents will not succumb to a vaccine that is not safe or doesn't prevent covid. So where does this leave us? Well, I would say this is what we voted for but it is it?! There is not a person in the world that can convince me or themselves for that matter that all of this is to "keep Americans safe" no sir this is by grand design by sociopaths.

It's prevented my friends and family from visiting. We used to come up to Whistler every (US) Thanksgiving Holiday for a week of skiing and shopping but since restrictions we have stayed in the US and instead explored locations such as Mt. Bachelor or Lake Tahoe. 3 weeks of hotel fees, taxes, additional consumerism gone.

The only answer is a regime change

It's time for Canadians to vote Trudeau out next election! Him and Biden are total waste of time!

The vaccination restriction is outdated and makes little to no sense anymore. The definition of fully vaccinated means you received your shots 12-18 months. Surely it's time to either lift the restriction or mandate a booster within the last 9 months? Assuming 34% of Americans and 18% of Canadians have not been fully vaccinated but circa. 60% of them have had covid, are they really that much more exposed than those that were vaccinated 12-18 months ago? Why they are continuing to hamper the recovery of the international tourism industry is beyond me!

@Andrew, None of it ever made any sense.