After months of being pressured to drop the test requirement for incoming travelers, the Biden Administration finally scrapped the much criticized pre-departure testing rule, allowing both returning Americans, and tourists, to enter the country testing-free. Despite the exciting news, there is one huge downside now facing American travelers.

Prior to the announcement, millions of Americans were avoiding international trips altogether out of fear they could test positive on vacation and have to remain abroad indefinitely. Now that the requirement has been done away with, the ‘summer travel floodgates‘ have opened, at a time when renewed travel demand is already pushing up prices drastically.

If you’re one of those people who had been patiently waiting for the test rule to be removed, you should take the recent news with a pinch of salt: travel is about to get even more expensive than it once was. Here’s why:

In an independent survey conducted earlier this year, more than half of American respondents stated they would be ‘more likely’ to travel internationally if pre-departure testing was scrapped – more specifically, 53.1% of interviewees. This indicates a majority of U.S. citizens had been waiting for the rules to be relaxed so they could travel again.

Similarly, the travel industry had been pressuring the U.S. Government to remove pre-departure testing. As many believed, it was only thing standing in the way of a full travel recovery, after two and half years of endless Covid restrictions and restrictive mandates. The day finally came, and Americans no longer face testing when flying to their own country.

Sadly, we now have a much bigger problem at hand: people will be swarming into international airports when demand is already high – or even too high, one could argue. You might have read that airports are struggling to cope with a rising demand due to staff shortages, and the drop of the test rule can only aggravate the issue.

As more Americans try and make up for lost time joining the vengeance vacation trend, there have been concerns the industry as a whole may not be prepared to face the massive travel surge now that pre-departure testing is gone. Even before, Americans had been facing endless snaking lines at airports across the United States and Europe.

In some places, the situation is so dire that even showing up early to the airport does not guarantee boarding. Painting a gloomy picture, Mina Agnos, president of Travelive, 2022 is ‘three seasons in one‘. The recent move by the U.S. will only increase demand further, resulting in more limited availability in the hospitality sector and the much higher prices.

As the Travelive president states, ‘Europe is going to be inundated with American travelers’ now that they are no longer required to undergo mandatory testing ahead of flying home. Travelive is a Florida-based agency specialized in travel to Greece, and Agnos has remarked hotel availability was already ‘very tight’ prior to last week’s update.

There may be a record number of flights connecting the U.S. and Greece, and a number of other European destinations, but this does not mean traveling abroad in 2022 will be easier than it was in 2020 or 2021 – at least when it comes to budgets. According to data published by the Economic Research – St Louis Fed, airline tickets are actually up 25%.

Traveling Internationally Now That Testing Is Gone? You Better Brace For Some Disruption

In a stern message, Agnos conceded that Greek and European vacations could turn messy this year, and urged travelers to ‘start planning their trips immediately, and expect to contend with crowds‘. Mirroring the rest of Europe, the Mediterranean country became the 30th in the world to remove all entry restrictions, making it an easy pick for sunseekers.

It may be too early to assess how the lifting of the test rule affects airfare costs and hotel availability in Greece or elsewhere, but it is safe to say it will be a bumpy travel season ahead. As Kyle Potter, a specialist in flight deals writing for Thrifty Traveler states, ‘as more people look to Europe and beyond, we could easily see airlines raise fares, especially during the peak summer season.’

Potter also expressed concerns about staff shortages in the industry, advising travelers to be patient when they fly internationally in the coming weeks. Seeing that a majority of the American public postponed their travel plans until rules on traveling back to the States were loosened, and are now set to take to the skies, travel disruption related to staffing constraints could get a lot worse.

What About Those Traveling Domestically?

In Miami, where demand is ‘through the roof’, hotel prices have shot up by more than 50% compared to their pre-pandemic rates, while other popular domestic summer destinations like the Hamptons and Nantucket also experienced a similar surge in prices. Internationally, the cost of overnight stays is rising too, casting shadows over the summer travel plans of many.

Those who have given up on flying anywhere this season due to the prohibitive costs associated with airline fares and hotels, and are instead driving to nearby beach spots, will also feel the pinch. Due to the long-term economic consequences of the Covid pandemic, and the ongoing war in Europe, even refueling a car is getting cripplingly expensive.

If you’re flying abroad now that pre-departure tests are gone for good, make sure you check all the existing entry requirements in place at your destination, as they may have different travel rules. Additionally, because airports are facing severe staff shortages, we encourage you to get insured for travel disruption ahead of leaving the U.S. this summer. 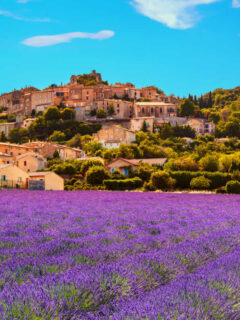 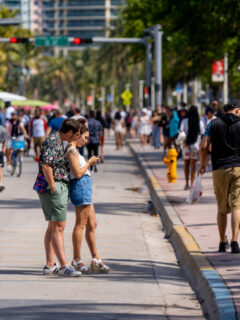 Next
These Top 3 Tourist Destinations in The U.S. Have Become Covid Hot Spots
Click here to cancel reply.

No one is shining a light on the fact that the unvaxxed foreigner is STILL NOT ALLOWED into the US! This is so arbitrary, nonsensical and discriminatory

@Health Freedom, no, you read correctly. The only way for an unvaccinated non-US citizen/resident to legally enter the US is by air. Because if you enter by land, as you correctly mentioned above, you will need proof of vaccination.

@Heather Wright, why would you want to come here anyway? Most dangerous place to be right now!

@Christian, did you mean to write 'land' ?

while CDC only mention 'air'

BUT, there is link to DHS CBP fact sheet which says

"Non-U.S. travelers seeking to enter the United States via land ports of entry and ferry terminals at the U.S.-Mexico and U.S.-Canada borders are required to be fully vaccinated against COVID-19 and provide proof of vaccination upon request."

@Heather Wright, the only way for unvaxxed foreigners to enter the US is by air.