After Covid, which is yet to be completely beaten, the tourism industry in Europe is facing another huge challenge due to the recent Russian invasion of Ukraine, which sparked the bloodiest conflict seen in European soil in decades. With the situation continuing to escalate, the World Tourism Organization is now calling Europe a ‘dangerous’ destination for visitors.

Since it started in late February, the war in Ukraine has rekindled fears a new Cold War may be looming, with flight bans and militarization of airspaces becoming prevalent. While countries in the European Union (EU), a collective of European democracies, and other NATO-aligned European countries have not been targeted directly by Russia, they are being affected all the same.

Secretary-General Of The World Tourism Organization Paints A Bleak Picture

In a further blow to the European tourism recovery, the Secretary-General of the World Tourism Organization (UNWTO), Zurab Pololikashvili, has brought into question the security of Europe as a whole by stating the whole continent ‘has become a dangerous destination’ in the face of Russian aggression.

According to him, while war is being waged only in Ukrainian soil so far, all of Europe is under threat as that country ‘is in the heart of Europe’. Although Ukraine is not a member of NATO or the European Union, it is the largest country located entirely in the European continent, bordering several EU members, including Poland, Hungary, Slovakia, and Romania.

Supporting Pololikashvili’s remarks, tensions in Eastern Europe, particularly in countries neighboring Ukraine and/or that were previously under Soviet rule are noted to be high. A majority of these states are now members of major Western Alliances, though fear of Russian aggression remains accentuated even years after the decay of communism.

In the Baltic countries (Lithuania, Latvia, Estonia), which were all previously under Moscow’s tight surveillance until they joined the European Union, there is growing concern they might be next on the list. Finland and Sweden, both EU members, have also been threatened by Russia, which warned them against attempting to ascend to NATO.

According to the Sergei Belyayev, head of the Russian Foreign Ministry’s European Department, should Finland and Sweden join NATO, ‘there will be serious military and political consequences‘. This is a particularly worrying statement, seeing that Ukraine’s bid to be a part of NATO prompted Russia’s aggressive stance.

On March 2, Sweden already reported Russian war jets violated its airspace in spite of current bans, suggesting the Putin regime may completely disregard international law when it comes to achieving its goals of pushing back NATO borders, intimidating other European states, and forcefully suppressing the Westernization of Ukraine.

However, with the exception of Moldova, a country in Eastern europe which is neither an EU or NATO member, the United States is yet to issue a single travel advisory affecting other destinations in the region. While Americans should avoid visiting Moldova as a whole due to its proximity to the armed conflict, all EU nations on this list are still safe.

European Summer No Longer Safe From Travel Disruptions Even After Omicron

During the UNWTO Secretary General’s interview, granted to El Confidencial, the war will certainly ‘affect tourism’, as travelers again have no certainty regarding travel plans, much like during the peak of Covid. In his own words, ‘tourists now are not looking for adventure’, opting instead for places to rest and that are ‘safe’.

Although the West’s main concerns continues to be welcoming Ukrainian refugees and coordinating sanctions against the Russian President Vladimir Putin, with fighting yet to reach the streets of EU member states, the war in the East is already affecting travel on an unprecedented level. Not only European flights, but Asian itineraries have also been affected.

Reminiscing on pre-war times, Pololikashvili stated that earlier this year there was ‘a lot of optimism’ among participating countries at the International Tourism Fair (Fitur), especially within the European scope. After all, Europe as a whole has finally started rolling back restrictions on international arrivals, including Americans.

Two of Ukraine’s neighbors, Romania and Hungary, have removed all Covid-related entry requirements, with American visitors again allowed to enter under pre-pandemic rules. Conversely, these countries have been at the forefront of the Western response, securing NATO’s easternmost borders while welcoming large numbers of refugees.

Unfortunately, it is no longer safe to say travel trends across will increase by summer, as avoiding Russian airspace adds longer flight hours between certain destinations, and may even spur a wave of flight cancellations, especially between Europe/North America and Asia. For Pololikashvili, we have returned to that time of uncertainty, ‘of doubts when we can return home if we travel’.

Additionally, the Secretary-General mentions the ‘rise in prices‘, which is bound to affect travelers soon as sanctions against Russia are tightened. For now, those hoping to fulfill their Eurotrip dream could find themselves in a tense environment as large anti-war protests spread across a majority of European capitals.

Despite the UNWTO Secretary-General’s remarks, the United States continues to advise against travel to most destinations in Europe based solely on Covid risks. Nevertheless, Americans are advised to keep up to date with developments in Ukraine and neighboring nations, and be prepared to change travel plans at short-notice. 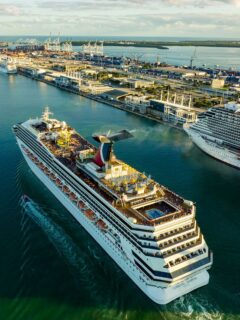 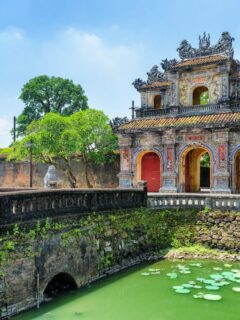 Next
Vietnam Is Now Officially Open For Tourism
Click here to cancel reply.

this is such ridiculous fear mongering.Lack of experiencem I would say.

This is a horrible article. We are in Italy right now and it is just fine. Fanning the flames of fear is wrong. Travelers might have to “pivot” or change their plans but to try to talk travelers to hide in their closets is just wrong.

Good. Great News. hopefully less will travel and tickets will be cheaper for the sane among us who understand, fear is the biggest thing we need to fear - please publish more warnings like this so the masses ( mask wearing and triple vaccine set and their like ) will stay away. The less of them traveling the better.

@Stella DiMarco, less people buying tickets = more expensive tickets or cancellations fuel and costs still need to be met can’t see why you think it’s going to be the other way round.

@Stella DiMarco, Good for you. We are in Perugia, Italy right now. In a month, we have only seen 2-3 Americans. The rest are hiding in fear.

Lot's of cheap flights around Europe I notice. Montenegro's primary markets are Ukraine and Russia, so its pretty empty around here.

This is a very American point of view….yes, as an Austrian, l live only 500Ks from the Ukrainian border. And l am also concerned who might be next on Mr. Putin‘s menu….yes, there are refugees and anti war demonstrations in all major European cities….but that is nothing travelers would need to be worried about… unlike the Anti Vaxx demonstrations those events are peaceful, not aggressive and just statements by Europeans to support their Ukrainian neighbors against the aggression….so nothing that should harm any tourist or should keep him off from traveling. We will see how the situation develops, but for now all flights within vEurope are operating as well as trains or busses….so no reason not to travel to and within Europe……

@Stella DiMarco, And Austria is especially one of the countries to avoid with their dictates that remind the old time.

@Tina, Agreed. I live in the Washington, DC area and there are people who won't travel here due to the rampant crime. Yes, it happens, but it's not widespread and everyone around here continues to live life as normal. I suspect Europe is much the same.

@Stephan, European here living in Europe. Life is normal. There is nothing to fear here at this point that wouldn't have to be feared elsewhere either and it is not any more or less "dangerous" than anywhere else. Is there reason to be wary about Ukraine? Sure, but no more so than any other person on this planet. We also had Syria, Libya, Egypt, Gaza, and many others, some of which are geographically not much further away. This constant fear-mongering nonsense has to stop - we've had enough of it in the last two years

@Stephan, I agree with you 100%. But this can be very good news as this will keep away the kind of people we want to be far away from. The double mask wearing triple vaccine crazy ones.

The UNWTO headquarters are based in Madrid, Spain, but yes, the press release they issued does have more of a western sound to it.