After the United States dropped the testing requirement for vaccinated travelers, including returning American citizens, Canada has now decided to suspend random tests on arrival temporarily as airports struggle with rising travel demand. Starting June 11, only unvaccinated passengers will be subject to testing landing in Canada.

The move comes as numerous airports around the globe battle staffing constraints and an overwhelming demand. Although this is surely a step in the right direction, this is by no means a definitive decision. The Canadian Government has reiterated the relaxation has a validity date and, soon enough, random testing will be reinstated:

From June 11 to June 30, incoming vaccinated travelers will no longer be selected for random testing landing at one of Canada’s main points of entry. Even though the country has scrapped pre-departure testing for the vaccinated a while ago, it had continued to enforce the highly criticized post-arrival random testing measure.

This means that, over the next three weeks, only the unvaccinated will still be required by law to undergo testing, if selected by health authorities, when landing in Canada. On July 1, the requirement for the vaccinated to undergo random testing will return, albeit with significant changes: as stated by the Government, all testing will be moved ‘off-site’.

In other words, travelers will not be required to provide a sample at the airport itself, being moved instead to a different location in a bid to ease the burden placed on understaffed airports. As of now, the Canadian Government has not yet specified how the changes will be effected, or exactly what ‘off-site’ means.

From our understanding, ‘lucky’ travelers could now be conducted to testing facilities outside the airport’s arrival halls, seeing that testing sites that have been set up in their vicinity will be dismantled in the upcoming weeks. This is yet to be confirmed by Canada, and we will keep our readers updated once more information is provided.

Airports In Canada Call For Measure To Be Fully Scrapped

For weeks, airports in Canada have urged the Government to further ease its strict Covid screening at the country’s international hubs as unavoidable cancellations are already set to have a devastating effect on passengers this summer. Enforcing random testing on-arrival would only worsen disruption and prompt further delays.

The Greater Toronto Airport authority (GTAA) has been calling for the program to be suspended for weeks, acknowledging that, in its current state, the hub cannot manage both increasing passenger numbers and enforce the country’s Covid policies. As GTAA states, arrival figures will increase by ‘some 50 per cent’ during summer.

In a recent interview with CBC, Tourism Minister Randy Boissonnault revealed the Government decided to grant the three-week pause in order to help reduce disruption at airports. According to him, the suspension will give the government enough time to set up off-site testing booths away from the increasingly busy arrival halls:

‘It’s going to make sure that the airports flow more quickly’, added Boissonault. He acknowledged that airports are not designed to house mini health care centers and that the revised policy will help staff and ease congestion. Although the measure will be reintroduced shortly, for the Minister, ‘this is a good step in the right direction’.

Transport Minister Omar Alghabra also conceded the Canadian Government ‘recognizes the impact that significant wait times at some Canadian airports are having on travelers’. Alghabra confirmed authorities will continue working with airports, airlines, and other key sectors of the travel industry to find long-term solutions.

Although the suspension will help airports in Canada, and the subsequent translocation of testing centers ensure airport staff can carry out their work uninterrupted, frustration among passengers may continue to grow, as random testing is set to return next month. As the Government has already confirmed, the vaccinated will not continue being exempt from July 1.

Addressing the public’s animosity towards the measure and defending the measure, Marie-France Proulx, a spokesperson for the Health Ministry, has asserted that randomized testing is ‘the only way’ to detect new variants being imported into Canada, especially now that provinces and territories are no longer doing massive testing.

Randomized testing is not the only concern shared by those traveling to Canada in the post-Covid world. Recently, the Government has come under fire for proposing a new law enabling border officers to search the phones of those arriving in Canada, further alienating restriction-wary travelers that are favoring countries with no strict policies in place.

Within the Parliament, Opposition Conservatives have pressed the Trudeau Administration to lift all remaining Covid restrictions for those visiting Canada, including the vaccination requirement and randomized testing. The latter’s three-week pause may be seen as a positive development, but it is still a small victory for opponents.

As health experts themselves call for randomized testing to be scrapped for good, we may see the Canadian Government reconsidering its tough stance. Many see the policy as ‘unnecessary’ now that there is ‘widespread natural and vaccine-induced immunity’, and one that only increases bureaucracy at airports.

In sum, if you’re vaccinated, you have until June 30 to enter Canada without fear of being picked out for testing. 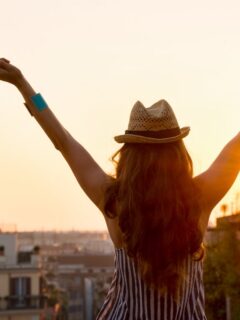 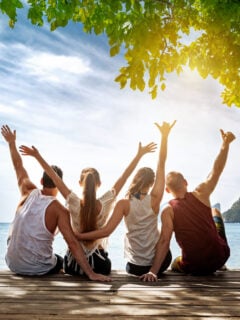 Next
Thailand Becomes The First Destination In Asia To Lift Ban On Cannabis
Click here to cancel reply.

Still no word on when these brainwashed government shills will lift the vaccine requirement to travel. Millions of Canadians are still prisoners in Canada because they didn’t want to risk their health with the covaxx. Why continue to punish innocent people when the scamdemic is over? Trudeau refuses to back down because he’s a puppet taking his orders to persecute people from higher up.

"You get the government you deserve"