Tom Sullivan, the FCC international bureau chief, said: “Authorizing a new class of [customer] terminals for SpaceX’s satellite system will expand the range of broadband capabilities to meet the growing user demands that now require connectivity while on the move, whether driving an RV across the country, moving a freighter from Europe to a U.S. port, or while on a domestic or international flight.”

This is great news for businesses in the travel industry interested in offering this service to their customers and to those already providing Starlink satellite internet. A few weeks ago, Hawaiian Airlines had already announced the implementation of Starlink internet service and Royal Caribbean recently became the first cruise line to request the service.

Companies already offering SpaceX’s internet service, have been experiencing limitations in the US. In a recent post on the Royal Caribbean blog it was explained: “Before you can expect to get super-fast wifi on a Royal Caribbean ship, the FCC needs to approve the technology because right now Starlink isn’t allowed on moving vehicles.”

But now that the FCC approved the use of the service, travelers can expect a better Internet connection. SpaceX had been waiting for an answer since March and now it has the green light. However, the US agency imposed a few conditions that SpaceX has been required to accept like “interference received from both current and future services authorized” and other conditions and requirements.

Very soon, travelers will start experiencing this blazing Internet connection during flights and while cruising. Hawaiian Airlines will provide the service for free next year on all of its 42 airplanes —all fleet including Airbus A330, A321neos, and Boeing 787 Dreamliner— and Royal Caribbean already started testing Starlink on its Freedom of the Seas vessel.

SpaceX’s satellite coverage provides services in 36 countries. Since 2019, the company has already launched 2,700 satellites in low to medium Earth orbit for low latency and fast speed. The company is already being used by over 400,000 users.

Now that this satellite internet service has been approved to be used on the move, users will be able to experience high-speed internet connections anywhere across the globe.

Royal Caribbean Group’s Vice President, Operational Excellence, John Maya, said in a letter to FCC: “Working with SpaceX Services, Inc., we believe we have identified a true next generation solution for our vessels that meets the rigorous technical and operational requirements commensurate with our growth plans.”

The cruise line has already equipped its vessel Freedom of the Seas with satellite dishes, Starlink’s Dishy McFlatfaces, to provide customers Internet through its wifi service Voom—prices currently range from $17.99 per day to $32.99 per day with streaming options. According to the information provided by Crew Center, the cruise company’s Internet service is expected to increase considerably: from 3 to 5 Mbps to 50 to 250 Mbps.

Hawaiian Airlines, on the other hand, will be offering its customers wifi service for free in 2023. As reported by  Beat of Hawaii, the download speeds will range from 100 Mbps to 200 Mbps.

When the alliance was announced in April, Peter Ingram, Hawaiian Airlines President and CEO, said: “We waited until technology caught up with our high standards for guest experience, but it will be worth the wait. Our guests can look forward to fast, seamless and free Wi-Fi to complement our award-winning onboard Hawaiian hospitality.”

Travelers will start experiencing Starlink’s fast internet connection soon, and since Hawaiian Airlines will be offering this service for free, many expect that other cruise lines and airlines will do the same.

These 10 Viewpoints Are Considered The Best In The World 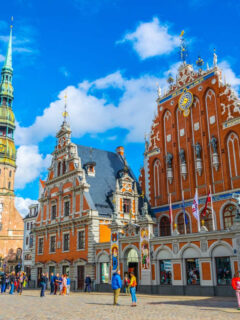 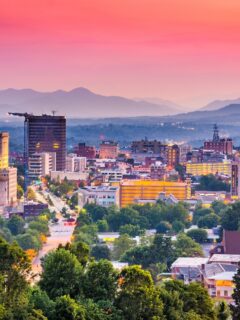 Next
These 5 U.S. Cities Have Just Been Revealed As The Best For Foodies
Click here to cancel reply.