The first major airline that is to provide Elon Musk’s Starlink internet service for FREE – onboard its flights – has been revealed.

And, the airline in question is Hawaiian Airlines – which is the biggest operator of commercial flights in, and out of, the state of Hawaii in the United States of America.

The airline is also America’s 10th largest commercial airline – which transports passengers to and from a variety of Hawaiian islands, as well as popular destinations in North America, Asia and the South Pacific.

What Is The Starlink Internet Service?

Starlink’s internet service claims to be the ‘world’s most advanced broadband internet system’.

It is made possible due to a network of satellites that were launched by Musk’s very-own American aerospace manufacturer, SpaceX – which bases its headquarters in the U.S. state of California.

The satellites operate in low Earth orbit – which enables high-speed internet to be consumed around the globe.

And, when available onboard Hawaiian Airlines flights, it will enable passengers to:

Who Is Elon Musk?

For many, Elon Musk will need little introduction – as he is understood to be the richest person on the planet – with a reported worth of in excess of US$270 billion.

The majority of Musk’s worth is mainly down to his shareholding in the American automotive and clean energy company, Tesla – which is famous for its production of highly sought-after electric vehicles.

And, he is also the leading figure when it comes to SpaceX – which owns the Starlink wireless internet service that is soon to be introduced on board Hawaiian Airline flights.

When Will Starlink’s Wireless Internet Service Be Available On Hawaiian Airline Flights?

Although no specific date has been announced as to when Starlink’s wireless internet service will become available on board Hawaiian airline flights, it has been reported that this could happen as early as next year (2023).

Passengers will be able to take advantage of Starlink’s wireless internet service on board Hawaiian’s Airbus A330 and A321 airplanes – which operate flights ‘between the islands and the continental U.S, Asia and Oceania,’ according to a press release from the airline.

It will also be made available to passengers on board the company’s Boeing 787-9s.

At this moment in time, however, there are no plans to offer the service on board Hawaiian’s Boeing 717 airplanes – which fly between islands located in the state of Hawaii.

How Much Will It Cost To Use Starlink’s Wireless Internet Service On Hawaiian Airline Flights?

There will be no cost to use Starlink’s wireless internet service on board Hawaiian Airline flights with it being made available to all passengers for FREE.

And, on top of that, passengers – on board Hawaiian Airline flights offering Starlink’s wireless internet service – will be able to connect to it automatically without the need to register.

“When we launch with Starlink we will have the best connectivity experience available in the air”.

“We waited until technology caught up with our high standards for guest experience, but it will be worth the wait. Our guests can look forward to fast, seamless and free Wi-Fi to complement our award-winning onboard Hawaiian hospitality.”

Will We Soon See Other Airlines Offering Free Wi-Fi To Passengers On Board?

Just a few weeks ago, we reported that five major airlines had reduced the cost of their on-board Wi-Fi packages – with the airlines in question being Southwest, Delta, United, Alaska Airlines and Spirit.

However, with the news that Hawaiian Airlines will soon be offering FREE high-speed Wi-Fi on board most of its flights, will we soon see other airlines doing the same?

We will just have to wait and see. 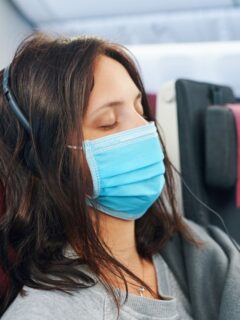 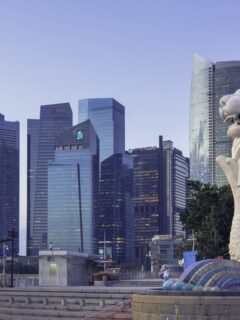 Next
Singapore Removes All Testing For Vaccinated Travelers
Click here to cancel reply.