These 5 U.S. Cities Have Just Been Revealed As The Best For Foodies

With so many places throughout the U.S. offering their very-own and unique food and drink scene – these five U.S. cities have just been revealed as the best for foodies.

The American company, Yelp – which publishes crowd-sourced reviews about a range of businesses, including restaurants, bars and cafes – is responsible for coming up with the below ‘top 5’ list, which was compiled by their Data Science team.

Basically, the team of Data Scientists at Yelp searched through a list of cities – which have a population of less than 250,000 people – to find the restaurants that have the highest ratings from those that are not local to the city, and are therefore classified as ‘visitors’.

This data has then been combined with customer reviews – that have been left on Yelp – to come up with a list of the top cities for foodies throughout the United States.

So, without further ado, let’s take a look at which U.S. cities are considered to be the best for the traveling foodie.

At number 5 in the list of the ‘best destinations for foodies in the U.S.’ is the city of Bend-Redmond – in the state of Oregon, which is located in the Pacific Northwest region of the United States.

And, there is no surprise that the city makes into the top 5, with it being a great choice for both the meat-eating traveler and the seafood lovers – with a huge choice of restaurants serving up everything from juicy burgers and locally-sourced steaks, to some of the freshest fish and seafood going.

The city is also ‘the place’ for those that enjoy sampling local craft beer – with multiple top-rated breweries and pubs operating in the vicinity.

Although being a town with a population of just over 7,000 people, Kill Devil Hills is certainly no ‘small player’ when it comes to the ‘food game’ – with its food scene sure to satisfy the taste buds of every traveling foodie.

It literally offers everything you could possibly wish for when it comes to food – from Pizzerias and food served straight from the grill of a BBQ, to restaurants offering you the opportunity to tuck into the very best when it comes to locally-caught seafood.

The town also caters for all types of traveler – so whether you are traveling solo or as a couple, or on a vacation with the kids, you are sure to find a good selection of restaurants to try out during your time in Kill Devil Hills.

If you are wanting to try out some of the best international cuisine – and are looking for a city that serves up a variety of dishes from around the world – then the city of San Luis Obispos, located in Calfornia’s Central Coast region could be for you.

You’ll find a variety of restaurants in the city serving up some of the most delicious Mexican, Italian and other Mediterranean food, as well as eataries that cater for those that love Asian cuisine – including Japanese, Thai, and Vietnamese restaurants.

San Luis Opispos is also well-known by foodies far and wide because of its farmers’ market – which takes place once a week, and is visited by both locals and those that have traveled into the city.

At the market you will be sure to find some of the tastiest and freshest produce, as well as a variety of street food style stalls which are sure to satisfy the tasetbuds of every foodie.

For those that have visited the Hawaiian islands, you are highly likely to not be surprised at seeing them recognised as being some of the best destinations for foodies.

And, if you are planning to head to any of the islands in the state of Hawaii be sure to try out some of the traditional Hawaiian cuisine, which includes the following:

The above are just a few of the popular dishes that you will find when visiting an Hawaiian island – with there being so much more on offer that is sure to leave the traveling foodie more than satisfied.

Taking the number one spot – and being crowned as ‘the’ destination in the U.S. for foodies – is the city of Asheville in North Carolina.

There is no denying that the city truly is a great place for food lovers – with it very much being a destination that offers a wide variety of multi-cultural cuisine.

From country ham biscuits to the very-best Spanish tapas and paella, you literally have it all in the city of Asheville – and with more than 250 restaurants to choose from you are certainly not going to be lost for choice when finding the food you are craving for.

Asheville also has a great reputation when it comes to beer – with many local breweries located in the city.

In fact, Asheville is commonly referred to as ‘beer city’ due to it having more breweries per capita than any other city in the United States. 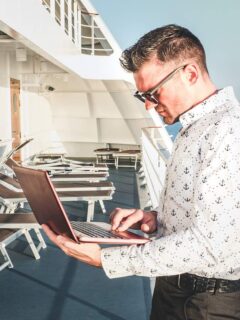 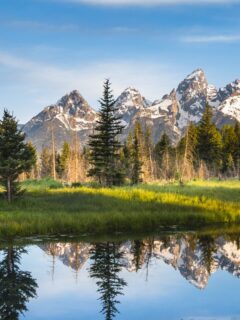 Next
Top 6 Things To Do In Grand Teton National Park
Click here to cancel reply.