In every corner and region of the USA, there are distinctive food scenes. As a result gastronomy tours, or better known as Foodie Tourism, was born. Americans have always been proud of their regional cuisines with recipes handed down from ancestors.

Every foodie city also has ethnic cuisines specific to the area. A few cities have renowned regional food scenes that are as old as our country itself, like in New York City and Boston. Others, like Nashville and Austin are up and coming in the foodie tour industry. Now that America is beginning to reopen fully, it’s time for the foodies to indulge themselves and sample traditional American fare while on the road.

Dine on Barbeque and TexMex in Austin

Austin is known for its  barbeque and tex mex.  If you love Tex-Mex cuisine, Tamale House East is a great place to satisfy your cravings. The barbeque food is another reason why people go to Austin in droves to satisfy their cravings. The local favorite is Franklin Barbeque, which features pulled pork, ribs and brisket. On the go, you can always grab something fast but tasty at one of the many food trucks in the city. Austin has several foodie areas including Downtown, Eastside, South Lamar and Burnet Road.

Regional Cuisine in the Windy City

Chicago will always be up top on any list that includes its regional cuisine. Here you can visit and sample delicious Chicago cuisine on the Gateway to the West Loop food tour and sample the hottest foodie neighborhood in the Midwest. Besides being the birthplace of the deep dish pizza, the Polish immigrants that came here are famous for their sausages.

This downtown community in the heart of San Diego is its Gaslamp Quarter.  You can do a historical tour with a pub crawl in this district, or you can do your own self-guided tour. You will find a wide array of dining establishments for every taste in the Gaslamp District including Mexican, seafood and all kinds of Southeastern Asian specialties. Plus, don’t forget to try the local wines from San Pasqual Valley.

A New York State of Eating

New York City the one that always made dining out a trendy but fashionable (but usually very expensive) thing to do every cuisine has a representation in this melting pot city There are many walking tours available with many cuisines represented in distinctive NYC food experiences including Little Italy, Chinatown, Greenwich Village.

Lovin the Food in Philadelphia

Everyone should indulge themselves in the Philly way of cuisine. You really have to experience the legendary cheesesteaks made here to believe how scrumptious they are. Don’t forget to stop at a pretzel vendor to treat yourself to the softest pretzels you will ever eat. If fine dining is more of your style, Philadelphia has many establishments in its diverse neighborhoods. You can dine from Center City to Fishtown to South Street and you will find something to cater to your specific taste. There are various city food walking tours available, as well as cooking classes for small groups.

The California Cuisine in LA

Los Angeles is another US multicultural melting pot on the west coast. California cuisine was born here so many years ago. Throughout the decades, people from all over the world have enjoyed the California cuisine. Besides the culinary namesake, you can sample any ethnic food cooked here on an ethnic culinary tour. The many diverse ethnic tastes to LA include Chinese, Mexican tacos, and Korean food.

A Variety of Cuisines in Nashville

From barbeque to fine dining, Nashville has become one of the newer foodie destinations. Nashville has many specialty food tours available for individuals or groups. Many of these walking tours also take you through many historical areas including the historic downtown, and Jefferson Street, so you can sample the history and culture of Nashville while you dine.

Enjoy Seafood and Chowder in Boston

The essential Boston Food Experience is happening year round. Boston is known for its quintessential comfort food clam chowder, oysters, plus lobster rolls. The North End has delicious Italian restaurants. The annual food fair in the North End happens annually along Hanover Street in august. Fine dining in many ethnic cuisines such as French and Italian are also plentiful here as well. You won’t have to go far in Boston to eat the best that New England and the North Atlantic has to offer.

If Cajun food is your love, you are in luck with New Orleans. Dine on jambalaya and boiled crawfish while you are serenaded by a Jazz band. Other Cajun food to sample here is a bowl of turtle soup, Lobster PoBoy sandwich, or a serving of raw oysters. There are many walking food tours available in the city with most meeting up at the French Quarter. This southern city celebrates its food year round, not just on Mardi Gras.

The Seattle food scene is a paradise for seafood lovers.  The Pike Place market is the place to go here for the fresh seafood and other fresh, local foods. One thing to sample is pho, a local noodle soup from the city’s large Vietnamese community. You can also try the Seattle Dog, also known as the cream cheese hot dog. The food tours will reopen in 2022, but in the meantime, you can do your own Seattle food tour and sample from the local restaurants and independent food vendors.

How the Rise of ExperienceTourism is Changing Travel 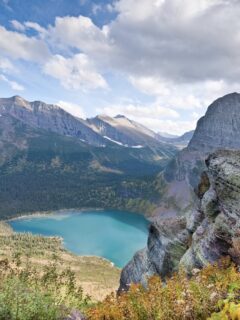 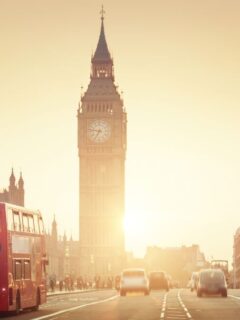 Next
UK Reopening Travel From May 17
Click here to cancel reply.

At least I know I will never go hungry when visiting the USA! Can't wait to sample some of the suggestions.

Austin and Kansas City are my two go-to locations for excellent BBQ!