All hail mighty Mexico, the King of Tourism in the post-Covid era, probably the freest country in the world right now in terms of health requirements, and apparently, the best place you could live if you’re an American expat. This shouldn’t come as a surprise considering the number of U.S. citizens who have made Mexico their home, but now it’s official.

Also, is it just us or has moving abroad become more of a palatable idea among Americans in recent years? It is no secret the pandemic has caused a surge in solo travel and digital nomads, but even those who do not necessarily belong to this particular group – married, settled couples and families – are now emigrating from the U.S. and Canada in their droves.

Currently, there are roughly 8.7 million Americans living abroad, a number that is bound to increase in the years to come, and guess what, a sizable percentage of those are heading just south of the border:

Mexico Is The Preferred Destination For American Expats

According to the yearly report by InterNations, an expat community founded in 2007 that has been gathering data on the topic for more than a decade, Mexico is the preferred destination for those moving abroad, including Americans. Topping the Top 10, it beats the likes of Indonesia, Portugal, Vietnam, and even the popular expat hub Thailand.

Among the most important factors considered for the Expat Insider 2022, experts listed ‘the ease of settling in’ and ‘finances’. Namely, how accessible visas are to live and work in those countries, safety, and how expensive is daily life. Mexico may have not led the ranking in all aspects, but it still came out on top with a higher overall score.

Out of the 1 million plus Americans living in Mexico, 91% is happy with their life there, placing it at number one in the expat charts:

Living in Mexico, Americans are generally happy with their Personal Finance – it ranks in the runner-up slot in this specific category – and how welcoming the country is. It leads all of the Local Friendliness, Finding Friends, and Culture & Welcome subcategories, with more than 90% of those surveyed describing locals as ‘friendly’.

It is worth noting the global average for friendliness is at a much lower 66%. Additionally, building new relationships in Mexico as a newcomer is much easier than elsewhere, as reported by 75% of Americans residing in Mexico, as opposed to 42% globally. That is not to say Mexico is perfect: every nation has its downsides.

It does not feature anywhere in the top 10 for Expat Essentials, a subcategory that deals with local bureaucracy – something that 53% of immigrants struggle with – availability of government services online, cashless payment options and others. More specifically, it enters the list at number 11 – still a respectable position, one could argue.

Lastly, Mexico is placed at a much lower number 17 in the Working Abroad, and number 24 in the Quality of Life indices. These are the two areas where it performs the worst, though ‘still well’, as asserted by InterNations. Unexpectedly, other countries with more stable economies and a ‘solid’ job market fare better, such as Denmark (number 1), Australia and Ireland.

Regardless of the moderate performance in certain subcategories, Mexico remains the top destination for those looking to start a new life in a foreign country. 64% of immigrants found it easy to get a visa moving to Mexico (compared to 56% worldwide); they are also pleased the ‘culinary variety’ (92% vs. 77% global) and the natural environment (90% vs. 83%).

What Are The Top Places To Avoid As An American Expat?

Some of the worst places to move to as an American expat include the following:

Unlike in Mexico, foreigners living in Kuwait have a hard time integrating, with 44% of immigrants finding locals ‘unfriendly’. On top of that, half of them rate social life negatively, compared to only 26% in global figures. In New Zealand, Americans are not met with social barriers or huge culture shocks, but it remains a cripplingly expensive place to live.

Expats in New Zealand are extremely unsatisfied with their Personal Finance – 75% vs. 35% in global term – charting at number 52 on this ranking. Similarly, 68% of foreigners living in Hong Kong are ‘unhappy’ with the cost of living. Even more interestingly, 46% of them ‘miss creativity’ in local business and better opportunities.

Other Reasons Why You Should Be Moving To Mexico

Here are some other reasons why you should consider as a new home:

For more information on visas to Mexico and other equally useful travel tips for short-term vacations, make sure you follow all of our daily updates. 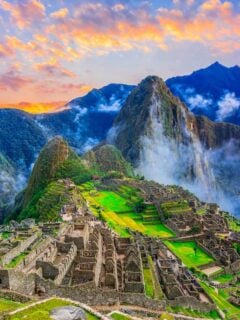 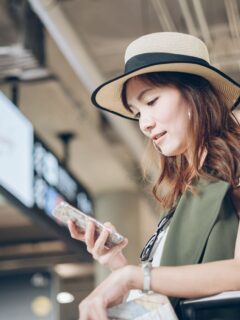 Next
Save Time Re-entering The U.S. With This Free App
Click here to cancel reply.

Migrants who move to Mexico are now better educated than in the past. That says a lot.