Searching multiple airlines for a deal is something every traveler has tried, but did you know that fares are also affected by which airport you fly out of? A new report from FinanceBuzz has revealed the top 5 airports with the cheapest average fares and which airports are the most expensive to fly out of. The study looked at the 45 most busy airports in the United States and learned which ones were the best to fly out of for travelers trying to save money.

It isn’t always possible to choose a different airport to fly out of, especially for travelers in cities with only one option. However, some airports with the cheapest average fares were from cities with more than one airport. When researching an upcoming trip, this data provides one more avenue to pursue the ultimate savings. With inflation on the rise and travel costs growing, any method for saving money is worth investigating.

MCO is one of the busiest airports in the United States and serves as the gateway to world-famous theme parks like Disney World and Universal Studios. Two airports serve the Orlando area, with Orlando Sanford International Airport (SFB) being the second. If flying out of Orlando, MCO will likely be the cheaper option.

The second airport on the list serving the Miami area, MIA, is almost as busy as Orlando International airport. The airport is slightly closer to Miami’s city center than Fort Lauderdale Hollywood International Airport (FLL). However, if the fares from FLL are significantly cheaper when researching, getting into the city is not much different from either airport.

Tampa International Airport (TPA) serves the area alongside St. Petersburg–Clearwater International Airport (PIE) and is the closest to the city center. Fares are likely to be cheaper flying out of TPA. Still, travelers may find the occasional deal that is better out of PIE through the budget carrier Allegiant, which does not serve TPA.

Travelers are sure to find some of the better deals when flying out of the airports listed above, but it is also important to know which airports to avoid, if possible. The airports below ranked at the bottom of the list for airports with the lowest average fares.

5 Airports With The Most Expensive Average Fares

With how hectic travel has been this summer, any tips or tricks to help lessen costs and smooth the travel experience are worth attempting. The airports with the lowest average fares provide another aspect to consider when booking flights. If flying this summer, try to avoid checking a bag, and ensure you know your passenger rights before departing in case something goes wrong. 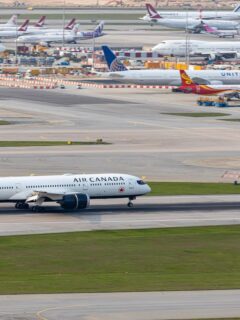 Previous
Air Canada and United Expand Travel Connections Between Canada And The U.S. 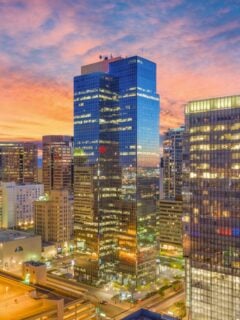 Next
Top 8 Places To Beat The Heat While Visiting Phoenix, AZ
Click here to cancel reply.