Amsterdam is notorious for its excellent food, canals, architecture, and world-class nightlife. But the city is also world-famous for its coffee shops, otherwise known as cannabis cafes.

If you see a ‘coffee shop’ in Amsterdam, you’re probably not going to get your daily fix of caffeine. Amsterdam has 166 coffee shops, and they attract millions of visitors every year.

However, the Mayor of Amsterdam, Flemke Halsema has introduced a proposal to ban foreign tourists from entering cannabis cafes.

The Reason For The Ban

Flemke Halsema is proposing a ban on foreign tourists because of antisocial behavior from tourists. Instead, she wants tourists to visit Amsterdam for the right reasons.

She said, “We would like them to come for its richness, its beauty, and its cultural institution. The problem is: there are just too many of them. The drug tourists are the reason for an increase in demand for marijuana.”

An Amsterdam-based local told Deutsche Welle that one day he was resting on his bed when he saw someone sit down and puke into his window. He added, “They (tourists) have no respect. It’s a neighborhood but they don’t see it as a neighborhood where people live.”

Another local said, “It was nice to not hear seven days a week 24/7 people coming in and out. The street never shuts up, I didn’t miss the tourists, to be honest.”

The Reaction From The Local Cannabis Industry

After the COVID-19 pandemic, the subsequent economic recession, and closed borders — Amsterdam’s cannabis cafes have struggled.

One local who works at Barney’s Coffee Shop told CNBC “Obviously [it’s better] compared to last summer with the corona[virus], but this year it started getting busy but it’s still nothing compared to the years before. Only really French tourists have been coming over, French and Germans, not many English, not many Italians anymore.”

The Manager of Amsterdam’s Cannabis Museum, Gary Gallagher, said the pandemic proved how damaging the lack of traffic could be for cannabis cafes.

He also stated that Amsterdam will always have the reputation of a ‘no-strings-attached destination, and a ban on tourists visiting cannabis cafes would encourage more street dealers.

A report suggested one-third of tourists would stop visiting Amsterdam if the law goes through. Of course, that would have an enormous impact on Amsterdam’s overall economy. Therefore, it remains to be seen whether Amsterdam will go ahead with its plans.

The Current Entry Restrictions In The Netherlands

The Netherlands has reopened for tourism this year, and American tourists can enter if they’re fully vaccinated or they qualify for one of the EU’s entry ban exemption categories.

If travelers qualify for an exemption, but can’t show proof of vaccination, they must present a negative COVID-19 test taken within 48 hours of departure.

Amsterdam has recently started imposing fresh COVID-19 restrictions due to rising cases. The current 7-day case average is 8,824, which is a significant rise in the previous four weeks. 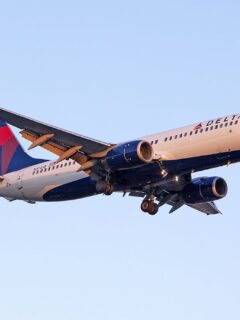 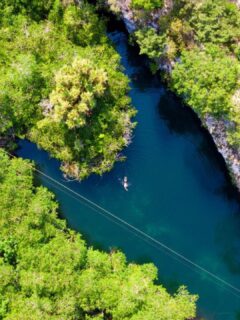 Next
Top 8 Cenotes In Tulum You Don't Want To Miss
Click here to cancel reply.

Lol ok there they’ll enjoy 0 tourism then. No one goes to Netherlands for the rainy weather or depressing vibe, they go there for weed and the red light district. There’s nothing wrong with smoking a joint or two like they ban tourists from buying weed but they can still buy alcohol which is even worse. This is all just about social control

Their real problem is the drunks on stag parties. The stoners cause very little problem.

Well, it’s not like I don’t understand, but they chose this path and their entire image is build around red light and drugs.

Does she hold the same opinion in regards to illegal economic migrants and the increased stress on thier social programs?