Are We About To See The Return Of Mask Mandates Across The U.S.?

With the extension of the federal transportation mask mandate – and one of the nation’s major cities having reinstated mandatory indoor masks – are we about to see the return of mask mandates across the United States?

The number of Covid-19 cases throughout many U.S. cities has begun to increase – with the majority of new positive cases now being a result of the BA.2 omicron variant.

The news was confirmed recently by the Centers for Disease Control and Prevention – which stated that this latest variant was behind 86% of positive Covid-19 cases throughout the last seven days.

What Is The Coronavirus Situation Like In The U.S. Right Now?

Well, although the number of hospitalizations are continuing to go in the right direction – and decline – the daily average number of positive Covid-19 cases is on the rise.

And, in recent days the average number of people that have tested positive for the virus has been in excess of 31,000 – which is around a 3% increase compared to just a few weeks ago.

The above statistics were taken from data provided by the New York Times.

On Monday (April 11th) of this week, one of the nation’s major cities – Philadelphia – became the first to reinstate its indoor mask mandate – following a significant increase in the number of positive cases in the city.

The number of confirmed positive Covid-19 cases in Philadelphia – which is Pennsylvania’s largest city – has increased by more than 50% during the last ten days.

With a population of more than 1.5 million, Philadelphia – which is famous for being a city for foodies– has once again made it a mandatory requirement to wear a facemask when inside public places.

The city had removed its indoor mask mandate over a month ago – on 2 March.

Philadelphia’s decision to reinstate its indoor mask mandate has Americans asking if other U.S. cities could soon follow suit.

Some Universities In The U.S. Have Also Reinstated Mask Mandates

It is not only the city of Philadelphia that has reintroduced its indoor mask mandate – some universities throughout the United States have also done the same.

The following universities have just reinstated their indoor mask mandates on campus:

The TSA Extended The Mask Mandate For Public Transport

The mask mandate for pubic transportation and air travel has officially been extended another two weeks, until at least May 3, 2022, when the situation will be reviewed once again.

The airline industry is begging the government to remove the mask mandates, although it’s uncertain if they will finally be lifted come May.

Multiple Airlines Have Removed Their Mask Mandates In Recent Times

Just yesterday (12 April) it was reported that Croatia had dropped its mandatory requirement to wear a face mask when flying with their national lead flag carrier, Croatia Airlines.

The airline follows the likes of Norwegian Airlines and KLM – both of which have recently removed the requirement to wear a face-covering when onboard their flights.

The list of airlines that no longer require masks is certainly growing, yet almost all of them are European-based. 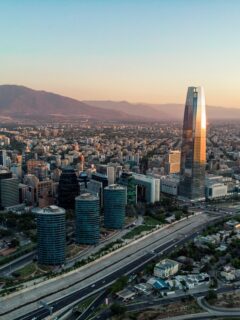 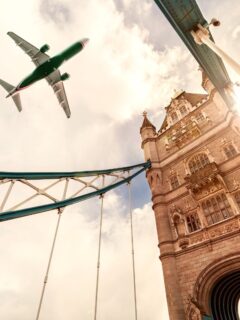 Next
Americans Flying To The UK Risk Long Delays At Border And Flight Cancellations
Click here to cancel reply.

Just stop. It's nothing of note anymore. Enough already. People have long ago stopped giving a flying eff.

no this is not a hoax or politically driven but it's normal life at stake. stop this nonsense and let's move on from masks

The World Health Organization made the worldwide announcement a few months ago, that ALL requirements/mandates have been a FAILURE in mitigating this virus and has caused MASSIVE ECONOMIC DEVASTATION worldwide. Especially the freedom of travel. The WHO recommended countries eliminate mandates and base any continuation solely upon their country's Covid case statistics.

And BIDEN has now stopped the ending of the mask mandate on public transportation FOUR times (he must LOVE wearing his widdle mask, WHENEVER he REMEMBERS!). Yesterday's announcement of another 2 weeks is BS. WTH is another 2 weeks supposed to achieve in "mitigating" this, or any, virus???

God help us -- WTH is going to happen THIS FALL when the seasonal ENDEMIC flu season is upon us once again?

Ahaha theyre already hyping the the new H5N1 as a pandemic... this nonsense won't end until they have full authoritarian control. Plus theyre gonna need to double down on the mail in ballots for the upcoming midterms.

I agree! Our government has managed to send us on a downward spiral path of economic destruction in a very short time.

Regarding this "pandemic" that seems to now be eternal, my physician is our county's official Covid-19 medical expert. (Covid-19 spread like wildfire in one of our community's nursing homes in 2020 with 110 cases within less than 2 weeks, resulting in 25 deaths. The CDC and our State & County Health Departments came to our small city and worked side-by-side with him to stop the spread.)

As he told me back in October, "Pandemics do NOT last 2 years". That comment coming from him tells me all there is no know about this BS especially with his up-close-and-personal-first-hand knowledge.