Atlantic Canada Plans To Reopen For All Domestic Tourism By Summer


The four Atlantic Canada premiers have issued a statement that the Atlantic provinces will enter into a travel bubble by mid-April, with hope that restrictions to visitors from the rest of Canada could be lifted by early July.

This means that residents of Nova Scotia, Prince Edward Island, Newfoundland and Labrador, and New Brunswick will be able to travel between the four provinces without restrictions, as was the case last summer.

The reopening is conditional COVID-19 case numbers remaining low in the region, outbreaks being contained, and public health advice.

Newfoundland and Labrador’s participation is conditional due to an outbreak last month in the St. John’s region. It will depend on its rate of progress in easing restrictions and may be added later than the other three Maritime provinces.

Under the new agreement, residents of those provinces will be able to travel freely within the region without having to pre-register or self-isolate for 14 days.

The same restrictions were lifted across the Atlantic provinces last summer but were subsequently reinstated after case numbers increased in November.

Nova Scotia Premier Iain Rankin has said the reopening of the bubble is about returning to normality with COVID-19 case numbers currently low throughout the region.

He told reporters, “For a long time we have been able to keep our borders tight, and that’s proven successful, and the previous Atlantic bubble was very successful, so I’m eager to see that (opening) happen.”

Atlantic Provinces Could Be Open to Rest of Canada by July

New Brunswick Premier Blaine Higgs hopes that barriers to visitors from the rest of Canada could be lifted by early July.

He hopes that by mid-June, vaccines will be widespread enough that his government could confirm that restrictions to the rest of Canada would be lifted in July.

“Optimistically, it would be looking at early July,” Premier Higgs told reporters  “We’ll know as we go along over the next couple of months whether we’ll be able to achieve that schedule or not.”

“Once we achieve our herd immunity levels, then I’d say our quarantine requirements would ultimately disappear. When we have a population that is protected, then we obviously have less concern about travelers who are coming and going.”

In addition,  Newfoundland and Labradors advisory council on tourism is recommending that the province open to all Canadians by July 1st, or even earlier if the evidence allows.

The tourism council also suggested that the province open up to vaccinated Canadians who also have a negative COVID-19 test between 48 and 72 hours before traveling as of April 10, 2021.

The premier of Newfoundland and Labrador, Andrew Furey, says he wants to move slowly. In a statement to reporters, Furry said:

“I think we would only be in Level 2 by April 9, if I’m doing the math correctly, again assuming everything goes in the right direction. [But] I think April 10 would be a little ambitious for the rest of Canada.”

“We’re certainly in a better position right now than we were heading into last summer, and I think we should celebrate the opening of the Atlantic bubble then look toward how do we then integrate that bubble with the rest of Canada.”

The province’s hospitality and tourism sector has been badly hurt by the restrictions, as most people who visit the province come from outside Atlantic Canada.

The news is a potential lifeline for the sector as well as Canadians in other provinces who have spent a year being unable to visit family in the east without restrictive quarantines. 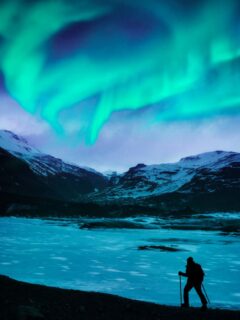 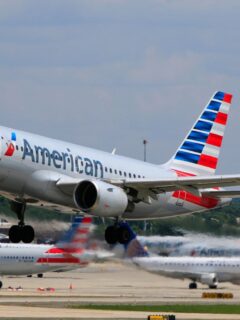