Booking Starts Now For 2024 Olympics In Paris, Here’s What To Expect

Excitement is already building for the 2024 Summer Olympics in Paris. Although it is still a year and a half away, plans have been in the works for years. From July 26 to August 11, 2024, athletes and spectators from across the globe will descend upon the city. 329 events will take place across 32 different sports at 35 venues. Top athletes from 207 worldwide teams will compete for gold.

As Paris looks forward to welcoming visitors for the world’s largest sporting spectacle, organizers have announced plans for ticketing and hospitality. Anyone interested in attending the Olympic Games in Paris is encouraged to take action soon if they want to book tickets to any of the events.

Olympic officials have added a new sport to the roster for 2024. Breakdancing will make its official debut at the Paris Games. Dancers will compete in solo battles to bust the best moves to the DJ’s beats. Breakdancing’s inclusion is an attempt to appeal to a younger and more urban audience. In addition, other events that were added at the 2020 Olympics will return, including skateboarding, sport climbing, and surfing.

Several events have also been removed from the program – baseball, softball, and karate will not return to the Games in 2024.

In addition to the changes to sporting categories, organizers have also announced that all ticket holders will have free access to public transportation in Paris.

Venue Locations… Across The World?

The 35 Olympic venues are concentrated in three different areas – Paris, the Ile-de-France region, and further afield in France. Fourteen of the venues will be within 6 miles of the Olympic Village in Seine-Saint-Denis, just north of the city. Soccer, sailing, and surfing will be held in different locations. Bordeaux, Nantes, Lyon, Saint-Etienne, Nice, and Marseille will all host soccer matches, and the sailing events will be in Marseille.

For Olympic fans who don’t want to travel to Paris to watch the Games, there is another option – the surfing competition will take place in Tahiti, which is an overseas territory of France, and home to some of the world’s biggest waves.

How To Buy Event Tickets

All tickets will be sold online and are available worldwide. No site other than the official site (tickets.paris2024.org) will have permission to sell tickets.

There are a few different types of tickets to choose from:

On Location’s hospitality and travel packages that include guaranteed tickets to sporting events have just been released for sale.

Sales of individual tickets and “Make Your Games” packs are not as straightforward and will happen in two phases. In an attempt to make ticket sales fair and accessible to a wide audience, organizers have concocted a lottery system to allocate nearly 10 million tickets.

Prospective attendees need first to register their information with the ticketing site to be entered into a draw. Entrants will be chosen at random and be given a time slot in which they can purchase individual event tickets or “Make Your Games” ticket packs.

Important dates to note for Make Your Games ticket packs are:

Sales for individual event tickets will follow a similar procedure but will happen later in the Spring. Important dates for Individual tickets include:

If you are unsuccessful at being selected in the draw, there will be other ticketing opportunities in the future, but the details of those have not yet been announced. 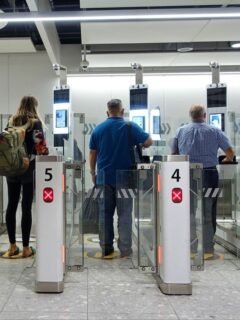 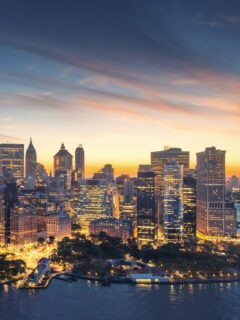 Next
Top 8 Off The Beaten Path Things To Do In NYC In 2023
Click here to cancel reply.