Mexico is sparing no effort in ensuring American visitors have the smoothest possible experience not only during their vacations but also upon arriving to and departing the country. Following a successful digital border trial in Cancun, Los Cabos and Puerto Vallarta are next in line to open eGate lanes for faster border control.

eGates are an equivalent to ‘Automated Border Control Systems’ and a smarter, safer, and cost-effective alternative to officer-assisted passport checks. They can help decrease processing times and get travelers through the border with reduced waiting, as well as improve security, seeing that all passports are scanned and biometric data registered at the point of entry:

eGate Launch In Cancun Was A Success

Earlier this month, eGates officially opened in Cancun International for the first time as part of a phased implementation period that will progress towards a semi, or fully-digital border in the future. At present, only 18 checkpoints are operational, allowing eligible foreigners to simply scan their way into the Mexican Caribbean without speaking to an agent first.

53,207 people have used the eGates landing in Cancun since the installation was completed, with the United States leading in total arrival numbers, shortly followed by Canada and Mexican nationals. No major issues were reported as far as security is concerned, and there have been no technical difficulties, either.

Due to the positive outcome, authorities will now be expanding the trial to two other coastal hubs, namely Los Cabos, the gateway to Baja California Sur, and Puerto Vallarta, in Jalisco. The selection is not incidental: alongside Cancun, these cities form the Mexican triad of world-class destinations, comprising nearly a quarter of tourism revenue in the country.

According to the National Institute of Migration, the new technology is not only safe and ‘efficient’: it actively promotes international connectivity between Mexico and its strongest commercial partners, boosting tourism and business.

In Cancun, Americans have been able to complete screening ‘within half a minute on average’, as long as they fulfill all the relevant requirements, such as carrying a valid biometric passport and not having broken immigration law in the past. For an airport that has been historically considered busy, this is a major improvement.

Los Cabos and Puerto Vallarta may not be as chaotic, but they are sure to benefit from an automated border themselves now that travel demand is skyrocketing. The former has been recently named one of the world’s top beach destinations, owing it to an impressive post-pandemic growth, while the latter has set a new all-time record for most visitors.

Self-service kiosks will ensure border disruption is kept to a minimum and that agents are not overwhelmed by the rising influx of passengers. Officials have not agreed on an official date for the start of the Los Cabos-Puerto Vallarta trial, but it should take place in the coming weeks or the next few months at the latest.

Where Can Travelers Use eGates In Mexico Right Now?

So far, there are 18 e-Gates available in Cancun (14 in Terminal 3 and another 4 in Terminal 4), and a further 12 in Mexico City International (MEX), evenly distributed between Terminals 1 and 2. In Los Cabos, a total of 19 gates are expected. To the best of our knowledge, only international tourists arriving from ‘low-risk departure points’ can use them.

This includes Americans and Canadians, and the privilege could potentially be extended to Europeans, Brits, Australians, and New Zealand citizens, though a complete list of eligible nationalities is yet to be published. Recently, in yet another effort to streamline procedures, both Los Cabos and Vallarta axed their Arrival Form, which foreigners had to fill out and sign when landing before proceeding to passport control.

The form was seen by many as a textbook example of how border bureaucracy can be cumbersome, adding long minutes to ID checks and causing unnecessary delays. Luckily, these are no longer necessary, and approaching border force, Americans must simply present a passport alongside hotel bookings and return or outbound tickets (if requested).

When eGates become widely available, the process will feel even smoother. 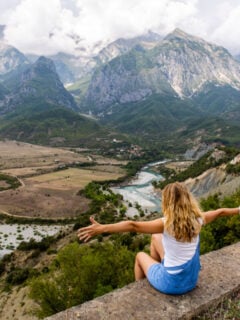 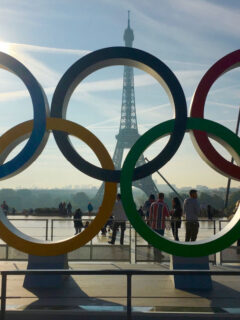 Next
Booking Starts Now For 2024 Olympics In Paris, Here's What To Expect
Click here to cancel reply.