On track to become the number one beach retreat south of the border, Cabo has just beaten other tourism hubs like Cancun and Puerto Vallarta in a major award show, where it was crowned the best destination within Mexico. The Riviera Maya continues to be the best-selling product, at least for now, but it’s the jewels of the Pacific that are stealing the spotlight.

2022 has been a record-breaking period for the Capes: in the first official post-pandemic year, they bounced back stronger than ever while still making headlines as a safe vacation spot for Americans. At present, it is one of a handful in Mexico retaining both a strong hotel occupancy and its own prestige amid a nationwide crime surge.

The same cannot be said about its closest competitors:

Held for the 8th year, this time in Fort Lauderdale, Florida, the Travvy Awards recognized the ‘top industry suppliers’ for 2022. Namely, the cities, accommodation providers, airlines, and experiences travelers love the most. It is produced by TravelPulse in partnership with AGENTatHOME, and voting is open for readers of these websites.

With over 140 categories, it is one of the largest award shows in the travel industry and one of the most relevant, with sponsorship from big companies like Allianz Partners, Air Canada, and Enterprise Holders. Seeing that Mexico is America’s favorite sunny getaway, it has its own sub-categories under the ‘Best Destinations’ listings.

When it comes to the best in Mexico, Cabo came out triumphant with a ‘Gold’ medal, followed by Puerto Vallarta (Silver) and Cancun (Bronze). Once again, it trumps all other coastal hubs and openly challenges Cancun for the top spot domestically – so why is Cabo being showered with so much love when it lags behind* the Caribbean in numbers, one may wonder?

Cancun Airport’s arrival figures may be poised to be Mexico’s highest during the peak season, but it pales in comparison to Cabo in terms of recovery. Effectively, Cancun had accumulated a lower 14.6 percent growth in 2022 by late September; at the same time, the dual ‘Los Cabos’ hit the 17.9 percent mark.

Cancun is a tour de force almost impossible to be surpassed, but should this trend continue, the Capes will keep increasing their chances of toppling the Mayan giant. In simpler terms, more and more tourists are falling in love with Cabo, and this newfound fame is attributed both to a laudable tourism campaign and the region’s remarkably low crime levels.

At a time when state governments deploy army officials and even the Navy to reinforce security along Mexico’s easternmost coast in response to gang activity and the occasional shooting, Cabo authorities have averted most of the bad press plaguing Cancun and Tulum by being firm and keeping the streets safe. In fact, 69.3 percent of residents consider it a ‘safe city‘.

In Mexico, Los Cabos – both San Jose del Cabo and Cabo San Lucas – are the safest to live and/or visit in the short term, as concluded in an INEGI report (the acronym stands for National Institute of Statistics and Geography). Moreover, the government of Baja California Sur, where the Capes are located, has stayed ahead of the curve in travel trends.

Now that digital nomadism is on the rise, they have partnered with AirBnB to offer remote workers a roadmap to exploring the peninsula and encourage ‘sustainable’ tourism – this means boosting the nomad scene without detriment to the local community. On top of that, it is now Mexico’s official wellness capital, beating Cancun on yet another front.

The ‘Cabomania’ did not go unnoticed at the Travvy Awards, as the duo attained numerous other accolades, including a second Gold medal for ‘Best Culinary’ in Mexico, a Silver for ‘Best Honeymoon’ (overshadowed by Cancun this time), and even ‘Best Tourism Board’, evidencing the cities’ successful approach to tourism and their potential to reach new heights.

For more Cabo news, make sure you visit our sister website, The Cabo Sun. 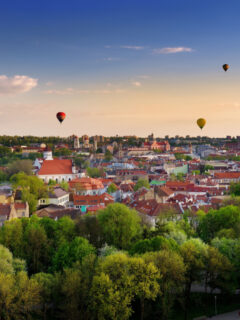 Previous
15 Must-See Destinations In 2023, According To Frommers 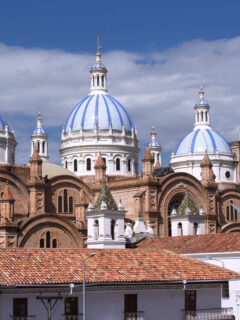 Next
Everything You Need To Know About Ecuador's New Digital Nomad Visa
Click here to cancel reply.