We have always suspected Mexico is America’s favorite sunny getaway, especially after a record-breaking 2022, when it asserted itself as an absolute leader in the Caribbean. Up until now, this was but a conjecture, as no precise figures had been released to back it up: that’s no longer the case after tourism officials concluded up to 25% of Americans going abroad choose Mexico as their destination.

Considering the country’s suffering from over-tourism, in particular beach zones like Tulum, and inflation is at an all-time high, we would have expected arrival figures to have dwindled, but this rule doesn’t seem to apply to Mexico. Unlike other competitors in the same league, it has continued to grow in spite of the low season – Cancun alone is expected to finish the year with 25 million guests.

So what makes Mexico so enticing for American travelers, and why does it keep gaining momentum in spite of recent challenges?

According to data shared by the National Tourism Business Council (shortened to CNET in Spanish) and the Anahuac Tourism Competitiveness and Research Center (CICOTUR), Americans are the top nationality among visitors to Mexico by a large margin: effectively, 1 in 4 U.S. citizens or 25% of those who take vacations abroad are heading to the Mayan heartland.

That’s a higher percentage than any other markets listed, including Canada, the second-best place, and Colombia, the third biggest for foreign visitors to Mexico. On top of that, the study confirmed the Mexican coastline remains the best-selling product, particularly the Riviera Maya, where Cancun is, and then Los Cabos and Puerto Vallarta.

Coincidentally, these are Mexico’s triad of world-class destinations. They completely monopolize the U.S. share of Mexico’s aviation sector, which stood at 24.7% between January and August 2022. Interestingly, this hasn’t been the most tranquil of years for Mexico on the publicity front, as reports of overpriced services and safety concerns take headlines by storm.

Taking these into account, it’s only understandable some may be wondering why it is trailing a successful path at all. First off, let’s address the aspect of safety: contrary to popular belief, heavily supported by misleading travel advisories and the mainstream media’s scaremongering campaign, Mexico is one of the safest countries south of the border.

In fact, it has adopted a zero-tolerance policy against crime, deploying the navy to popular vacay hotspots, including Cozumel, and cracking down on day-to-day corruption affecting tourists. Incidents do occur, but the risk of being mugged, or even falling victim to violence while holidaying in Mexico is still negligibly low:

Mexico Is Synonymous With Culture

Additionally, here’s Mexico’s vast cultural wealth to be taken into account: prior to Spanish becoming a lingua franca and European settlers from Iberia started new settlements, the territory was populated by several different pre-Columbian peoples, most notably the Mayans, the precursors of one of the best developed, and intriguing civilizations of old.

Part of the reason why Mexico is so appealing to Americans, aside from the general safety of its tourist complexes, is the mysticism associated with the Mayans, which pervades every ancient monument, from steep pyramids being reclaimed by nature to crumbling citadels, as well as popular natural landmarks: the turquoise-blue cenotes, for instance, were believed to be gateways to the underworld.

Moreover, the nature as a whole is simply stunning: beyond the Caribbean stretch, Americans will find an entire Pacific coast that still hasn’t entirely lost its quaint character, marine parks, and even skiing stations nestled in alpine mountains that resemble Switzerland. Whether you’re looking for the seaside’s year-round warm weather, or a cheaper, cozy winter getaway, Mexico has got you covered.

Traveling internationally, Americans are also concerned with their savings, especially in the current climate of uncertainty and economic upheaval. While that’s not always true, Mexico has historically been perceived as a cheaper alternative to the domestic sunny destinations of Miami or Los Angeles. The currency is weaker against the dollar, and if you speak some Spanish and know where to look, you will find some amazing deals.

That being said, Mexico is slowly moving away from its reputation as a budget traveler haven, though not at the expense of their beloved visitors: in reality, its transformation into a luxurious hub is merely reflective of America’s demands. When they fly all the way to Mexico for some sun and fun, Americans want to splurge.

Lastly, the friendliness of the locals, and the fact that the nation has taken a liking to digital nomads lately, have reinforced an-already close connection to the U.S. As stated by Braulio Arsuaga, president of CNET, and Francisco Madrid, director at CICOTUR, both entities involved in the research, ‘the results demonstrate the hard work of all those who participate in tourism in Mexico‘.

Arsuaga further highlighted the country is keen on promoting more destinations, such as the Magical Town route, and working on the ‘problem of insecurity’. So yes, America’s long-standing romance with Mexico seems only to deepen, in spite of the latter’s social problems and structural challenges, and we’re sure it will last many more years. 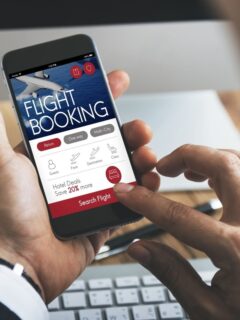 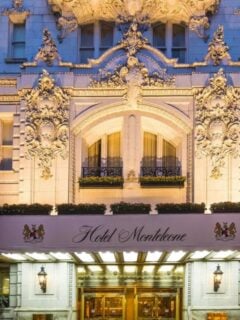 Next
Top 7 Hotels In New Orleans This Winter
Click here to cancel reply.