Proving it is experiencing a remarkable recovery compared to other spots in the Caribbean that reopened much later, Cancun is on track to officially become Mexico’s number one destination, with more than 25 million tourists predicted to be hitting its shores before the year’s up, a substantial increase over 2019’s figures.

It may have taken a damaging health crisis for Cancun to finally ascertain its status as a freedom-loving, world-class city that welcomes all, but now that the word is out, there’s no telling how far it will go – though judging by recent estimates coming from Cancun Airport, it could be heading into a smashing winter.

Sargassum-free and guarded by Mexico’s best-equipped police force, it is undoubtedly coming for the crown:

Has Cancun Got What It Takes?

According to Carlos Trueba Coll, Cancun Airport’s director, the hub will round up 2022 with an extraordinary 25 million arrivals, ten percent more than it did in 2019. In the last pre-pandemic year, the city had reached a peak of 23.2 million travelers, and despite 2020’s noticeable drop, it has bounced back stronger than ever.

In 2021, Mexico concluded the annual listings with 31.89 million visitors, and while that figure has been surpassed this year already, Cancun’s current 25 million projection would easily place at number one in a list of the country’s most sought-after vacations. In a broader picture, as of now, 36 million have flown into Mexico this year.

At this stage, the country is poised to shatter its own 2019 record, and Quintana Roo’s most populous city will surely comprise a big slice of that pie. While it does share the glory with other close competitors, especially Los Cabos, whose growth rate has been significantly higher even, Cancun remains a force to be reckoned with.

And, of course, it leads in total arrival numbers.

Americans Are The Most Valuable Customers

When it comes to travel trends for the American market specifically, U.S. citizens have accounted for 59.8% of all international passengers landing in Cancun between January and June, and these unprecedented numbers are bound to climb further, taking into account the peak travel season doesn’t start until December.

They are a huge part of the reason why the city is seeing more development this year than it did in decades, including the roll-out of new E-Gates for faster border screening, the reduction in transit times for those traveling between the airport and the Hotel Zone, and back, and even the launch of a new scenic train, which will make Cancun more popular than ever.

Furthermore, all-inclusive resorts are being re-branded and re-opening in the wider Riviera Maya in alliance with Cancun’s new high-end tourism directive. If you’re looking for great deals this upcoming season, we suggest you have a read at our list of eight all-inclusives you can book in Cancun for less than $4,000 per week.

Americans love Cancun, and this Mexican jewel certainly loves them back.

Cancun Grows As A Global Destination With New International Links

The U.S. may well be Cancun’s most important customer, but its relevancy is being noted in other regions as well. As Mr. Coll notes, flights to Cancun have increased across all markets, with ‘periodic’ nonstop routes established between European countries and the Riviera Maya – Spain, Italy, Germany, France, and Turkey, to name a few.

As for the United States, Cancun is ‘doing very well’. In fact, it is doing so well airport authorities are hoping to increase capacity and offer more seats throughout the busy winter season. Canada’s low-budget Flair Airlines has been one of the first to benefit from this policy, launching new Cancun flights at a competitive price of only $109.

Mr. Coll concludes by stating both the Quintana Roo State Government and Cancun’s municipal leaders will be working closely with the tourism sector, and that includes hoteliers and restaurant owners, ‘to continue promoting the growth that is to come‘. It seems Cancun will not rest until it finally sits comfortably upon the Mexican throne. 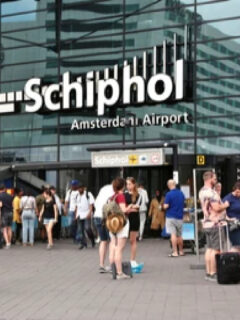 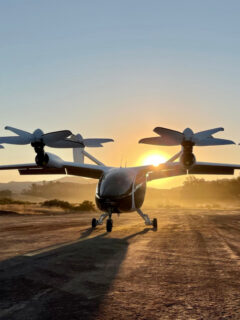